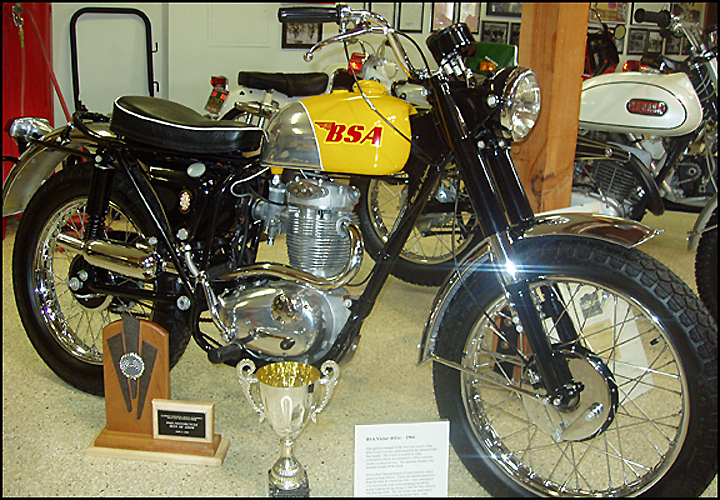 Buoyed by back-to-back World Motocross Championship titles in 1965 and ’66, Birmingham Small Arms, commonly known as BSA, launched a new Single into the marketplace in 1966, the BSA Victor 441. It was claimed to be a replica of the machine that Smith had raced to victory. The reality was quite different, however, as the production Victor bore a resemblance to Smith’s factory machine but didn’t even remotely perform like it. The Victor had a basically sound, British-built Single that delivered on its horsepower claims and produced a lot of grunt but was woefully inadequate when it came to suspension, handling and overall refinement. Its Lucas electrics were about as reliable as a candle in hurricane, and its Amal carburetor was little more than a controlled leak.
So why the hell does it make our list? Because it’s a collectible early Dual Sport model, and if you’re willing to take the time to seek out the well-rehearsed mods that make it more reliable, you can have a fun and affordable classic British Dual Sport bike. Consider the 441 course 101 on the track to your degree in British Motorcycle Restoration.