Husqvarna has updated its 701 Enduro and 701 Supermoto models for 2017, and both machines boast engines with even higher engine performance than the previous year.

The 701 engine design is is basically the same as the unit found in the 2017 KTM 690 Supermoto. Husqvarna claims to have pulled 6 more horsepower and 2.4 lb.-ft. of torque via a new ride-by-wire Keihin throttle body and ECU upgrades while also making the engine compliant with EURO IV emissions regulations. The Austrian-built 692.7cc SOHC four-valve Single’s 105mm bore, 80mm stroke and 12.6:1 compression ratio help to produce a claimed 74 crankshaft horsepower at 8000 rpm and 52.4 lb.-ft. of torque at 6750 rpm. The previous claim was 67 crankshaft horsepower at 7000 rpm and 49 lb.-ft. of peak torque occurs at 6500 rpm when we reviewed the 2016 Husqvarna 701 Enduro.

The 701’s chassis and bodywork are unchanged for 2017, although the panels receive a fresh look via a different white, blue and yellow graphics.

The new 2017 Husqvarna 701 Enduro and 701 Supermoto will be on display for public view at the upcoming Intermot show in Cologne, Germany. For more info on pricing and availability, visit your local Husqvarna dealer or check out Husqvarna-motorcycles.com. 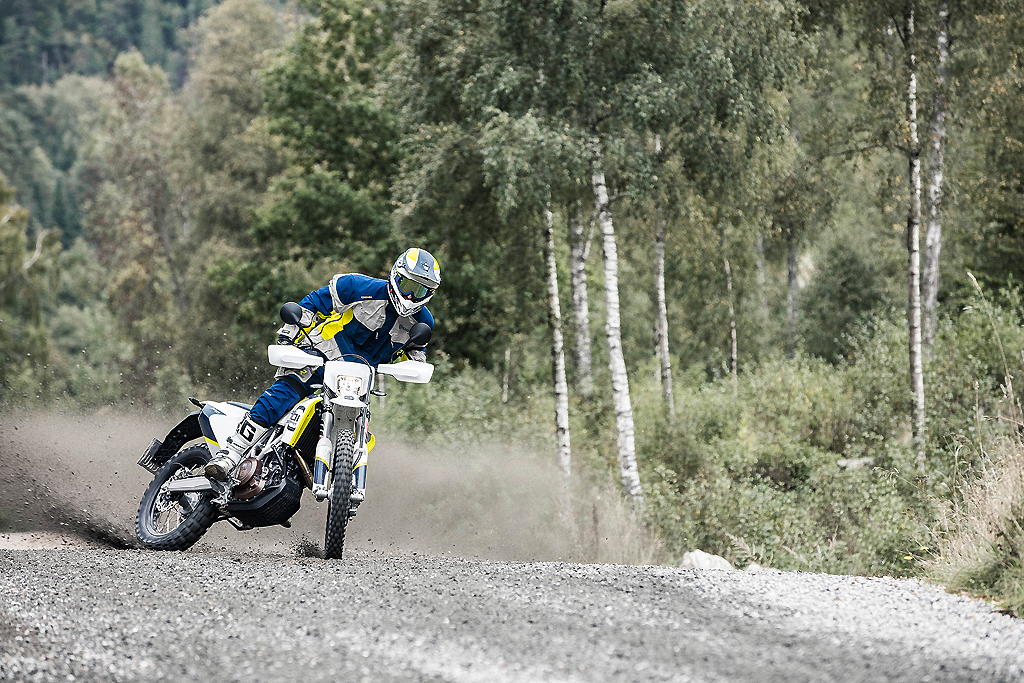