A new 2017 Kawasaki KX250F is set to challenge for 250cc motocross-class supremacy.

After redesigning its flagship KX450F in 2016, Kawasaki turned attention toward updating its KX250F for 2017, giving the quarter-liter machine a new engine, a new chassis and a host of other changes for increased power, improved suspension and a slimmer feel. 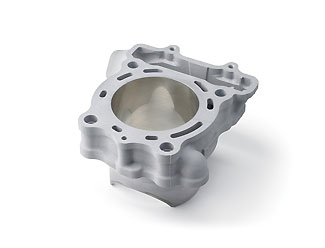 The 2017 KX250F’s lightweight ECU, which boasts a launch-control feature that Kawasaki introduced to the industry, has also been revised via new settings. The ECU offers three engine maps that come pre-loaded into the unit, and the mapping can be changed by swapping DFI coupling plug. The KX250F is sold with three color-coded couplers tuned for hard, medium or soft track surfaces, and allow riders to find the perfect power delivery for a particular terrain. The ECU mapping can also be customized by using the Kawasaki’s accessory handheld KX FI Calibration Kit, which allows the rider to store and select from up to seven separate engine maps. The unit easily plugs into an additional harness not included in the kit. 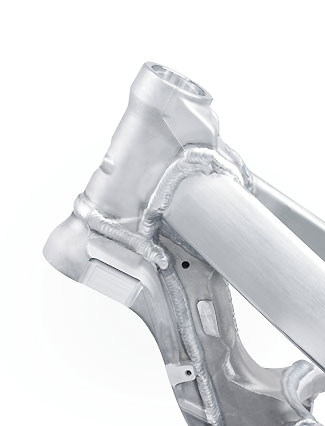 Kawasaki wanted to shave weight off the 2017 KX250F as well as giving it more power, so the 250F now has a new, lighter and more rigid aluminum perimeter chassis that is also narrower than the previous design. The new chassis incorporates a new front downtube and 3mm narrower main beams to reduce its overall width by 6mm. Kawasaki claims that the 2017 KX250F weighs just 229 pounds.

Like its KX450F sister, the 2017 KX250F’s bodywork now features a slimmer profile, thanks revised radiators that are angled to hug the chassis more closely, which also allows for the new radiator shrouds to be tucked in tighter. The KX250F also receives a new 1.69-gallon fuel tank that is flatter than the previous tank, along with a new flatter seat with reinforcing ribs. The ergonomic design gave the 2016 KX450F an amazingly light and roomy feel, so there’s little doubt that it will do the same for the 2017 KX250F.

For more information on the 2017 Kawasaki KX250F, visit www.kawasaki.com.