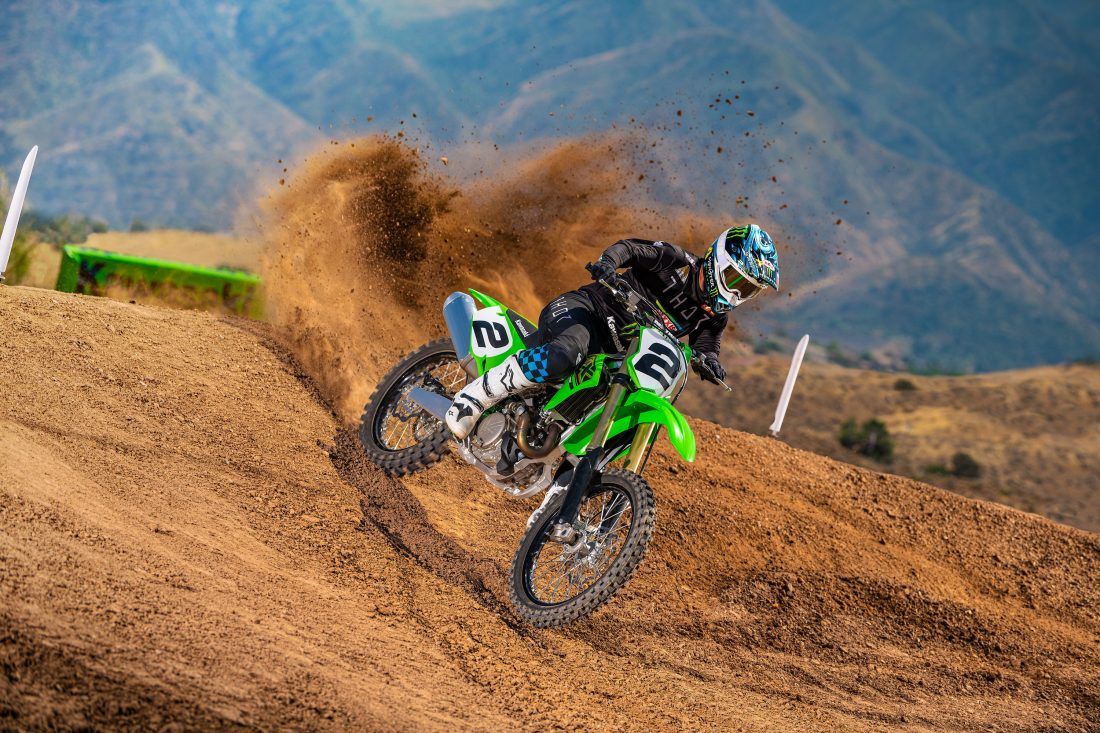 Kawasaki revealed an all-new KX250, an updated KX450, plus two new XC cross country versions of the motocross racers for the 2021 model year. 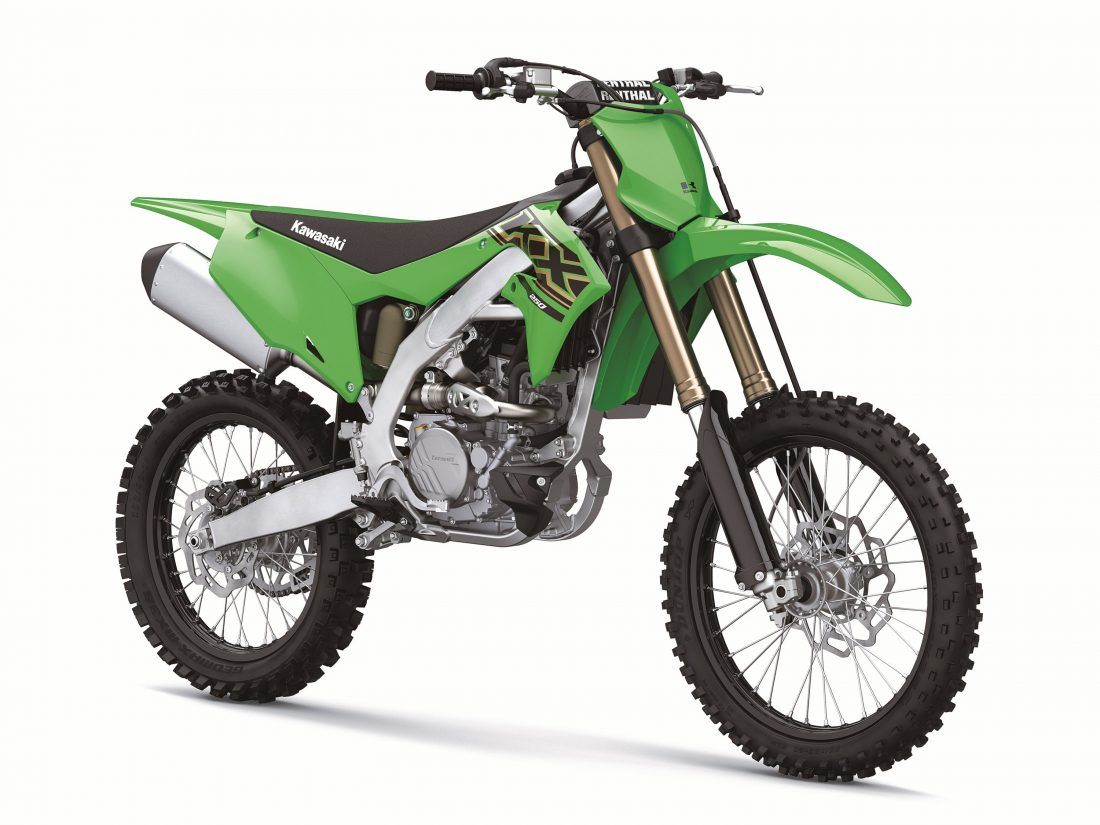 The 2021 Kawasaki KX250 receives an upgraded engine, revised suspension and an updated frame inherited from the KX450.

Kawasaki revised the liquid-cooled 249cc DOHC four-valve Single’s combustion chamber and added a flatter piston crown, increased the diameters of the intake and exhaust port throats. The exhaust cam timing was adjusted by three degrees and the outer valve springs now have a higher spring rate, increasing the rev limit by 350 rpm while improving durability. 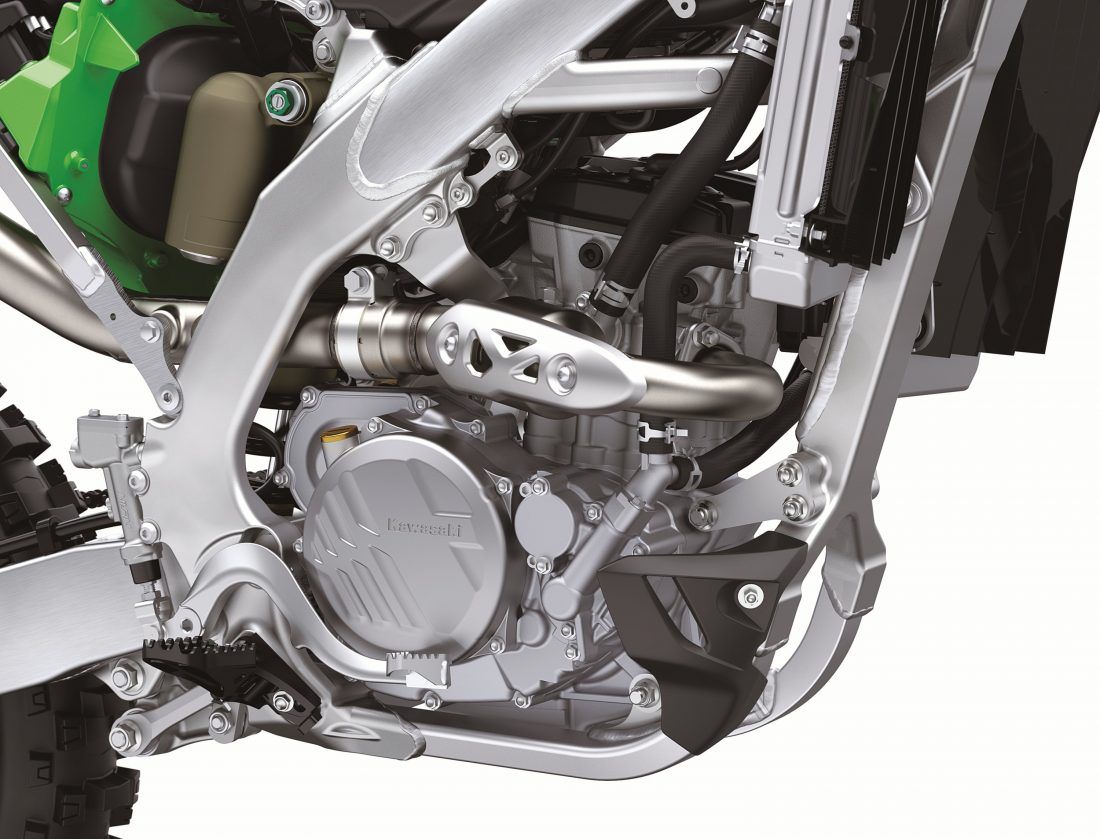 The cylinder wall is thicker than the previous generation for increased rigidity and reduced mechanical losses. The connecting rod was lengthened by 3mm, reducing the lateral force on the cylinder walls. Kawasaki also modified the water jacket for improved cooling efficiency. Other engine changes include ECU updates, a revised crank web for quicker revs and less weight, plus a new reed valve added behind the generator to vent crankcase pressure.

All together, Kawasaki claims the new engine offers increased power for both the top and bottom ends of the rev range and improved durability. Starting the engine is also easier with a new push-button electric start powered by a lithium-ion battery.

Kawasaki also updated the hydraulic clutch using a single coned disc-spring instead of five coiled springs. Kawasaki claims this design offers lighter clutch actuation and a wider range of engagement. The friction plates now have offset segments for cleaner disc separation and reduced drag when the clutch is disengaged. 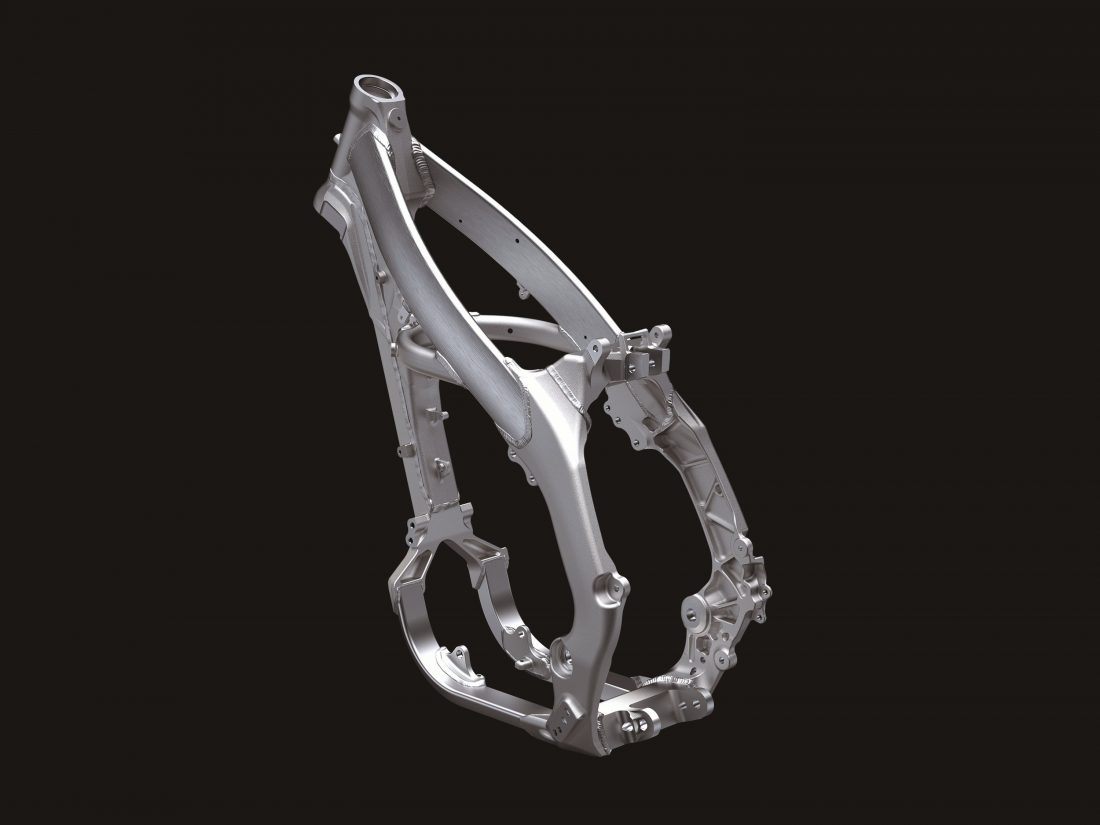 The 2021 KX250 receives a new aluminum perimeter frame and swingarm, both based on the KX450’s chassis. The main differences are cast parts such as the shock tower mount and engine hangers which were designed specifically for the 250. Kawasaki claims the frame offers improved rigidity, further aided by using the engine as a stressed member.

The 48mm Kayaba coil-spring inverted fork’s settings were revised to match the new frame, increasing bump absorption and traction. The Uni-Trak rear suspension is new, with linkage ratios matching the KX450. The suspension mounts under the swingarm, increasing the rear travel by 0.2 inches to 12.4 inches, matching the front suspension travel. 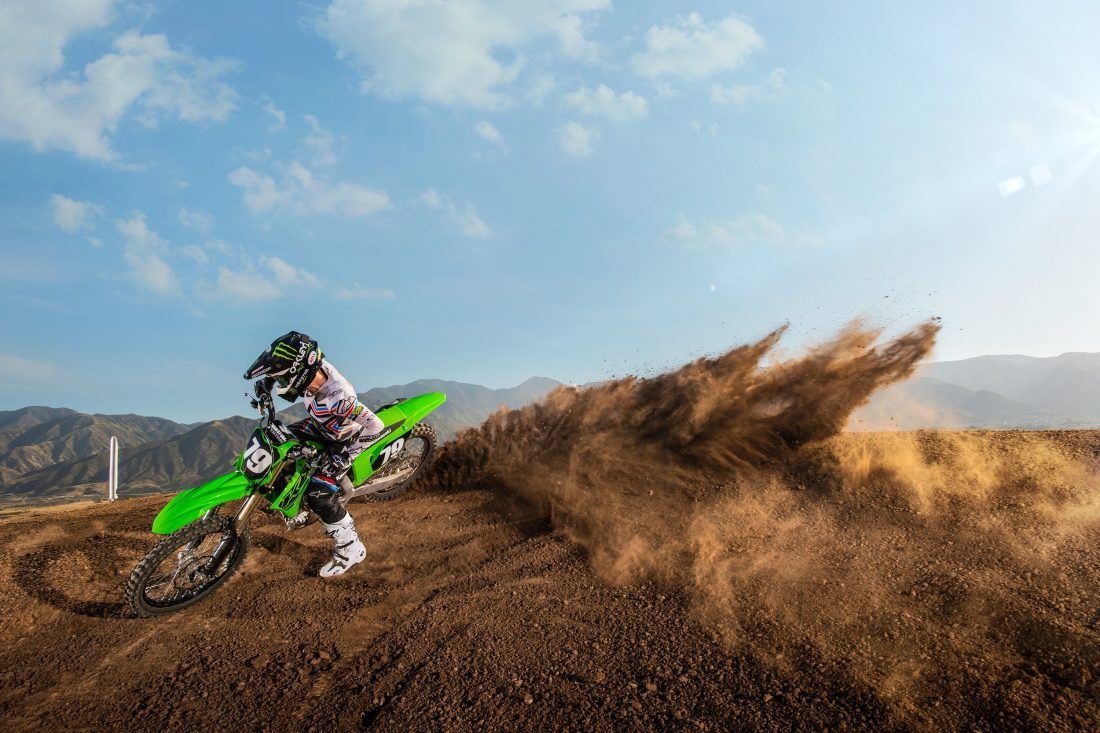 Also new is a 1-1⁄8 inch Renthal aluminum Fatbar handlebar. Kawasaki says the new bar reduces vibrations and moves the grips closer to the rider to make it easier to weight the front wheel. 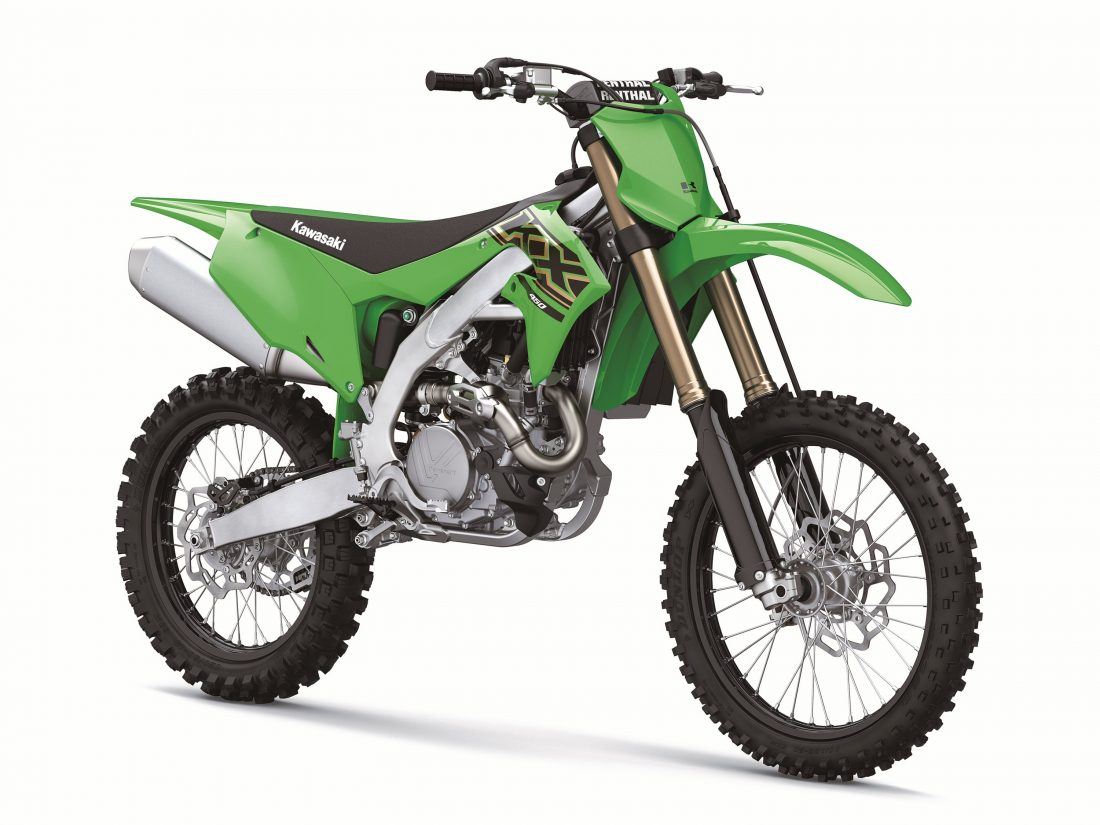 New to the lineup is the KX250XC, a new cross-country racer based on the new KX250 motocrosser. 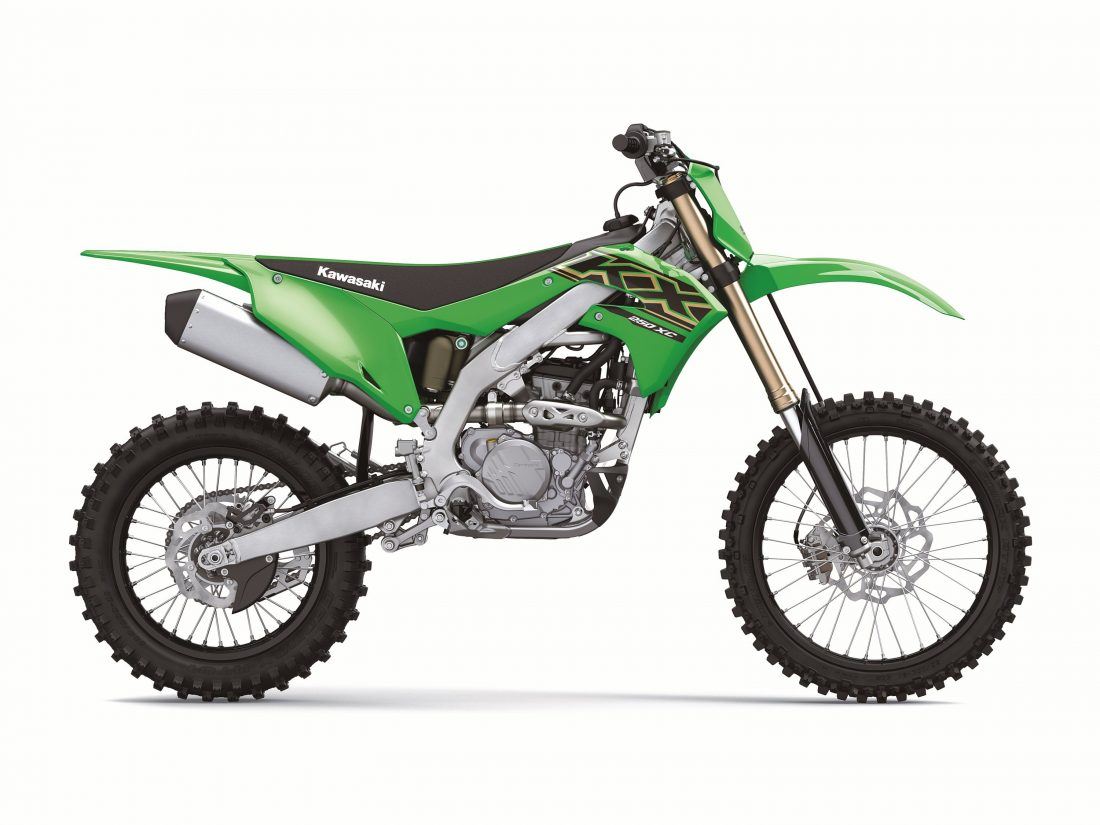 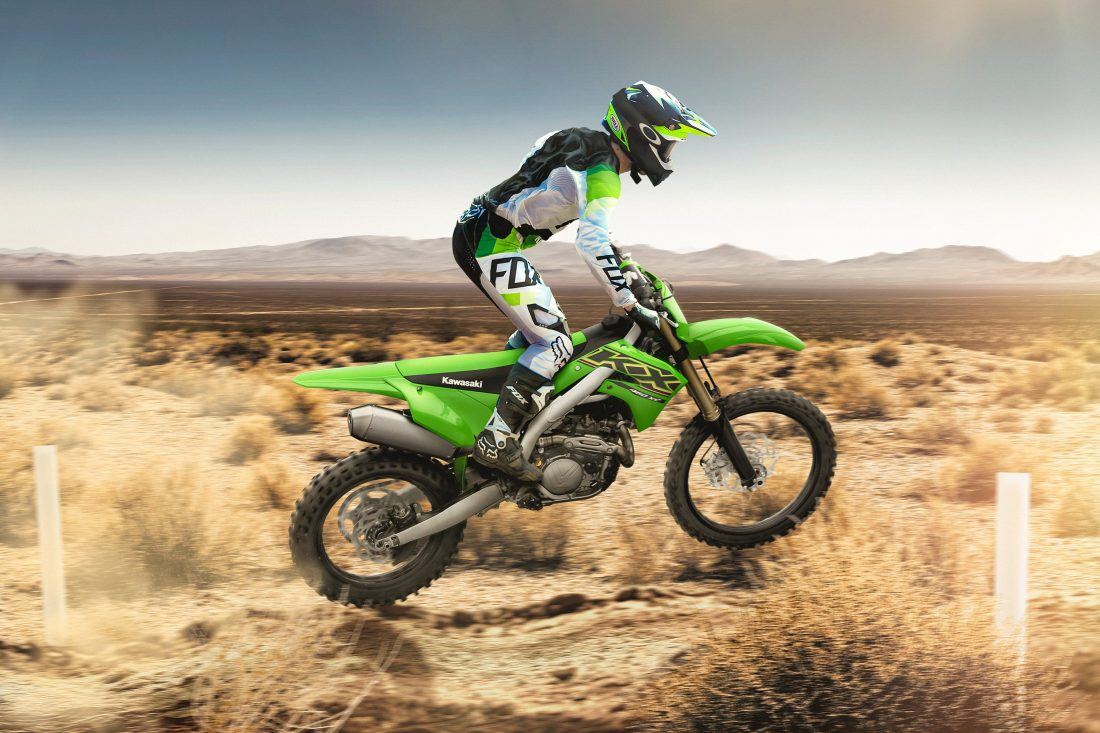 As with the 250s, the new KX450XC is heavily based on the motocross model but revised for cross country racing. It receives the same modifications as the KX250XC.