The following is from SCORE, organizers of the 50th annual BFGoodrich Tires SCORE Baja 1000. 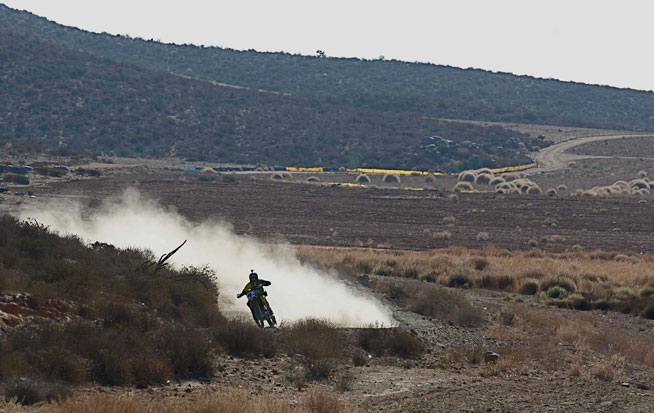 ENSENADA, Mexico—While SCORE Trophy Truck qualifying determined the starting order for the marquee racing division, the start draw for starting positions for all the other classes was held in Las Vegas this past week for the upcoming 50th annual BFGoodrich Tires SCORE Baja 1000, the iconic Granddaddy of all desert races. To date 381 entries have been processed with racers coming from 42 U.S. States, two U.S. Territories and 25 total countries.

Racers continue pre-running on their golden quest over the rugged 1,134.40-mile race course all the way down Mexico’s majestically magnificent Baja California Peninsula.

The start draw was held on Wednesday in conjunction with the SEMA SCORE Baja 1000 Experience that was part of the week-long SEMA Show at the Las Vegas Convention Center.

Advance on-line racer-registration continues until 5 p.m. (PT) on Wednesday (Nov. 8) at www.score-international.com for this year’s legendary competition. The event and race-week festivities will be held Nov. 12-18 in Baja California, Mexico. 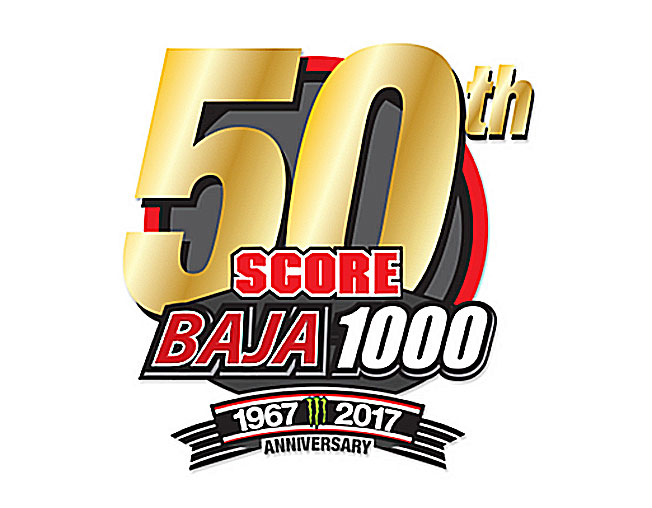 GOLDEN BAJA MIL
Nearly 400 entries, from over 40 U.S. States and 30 countries are expected to compete in the 50th annual BFGoodrich Tires SCORE Baja 1000. There are multiple Pro and Sportsman classes for cars, trucks, UTVs, motorcycles and quads.

The race is annually the finale of the four-race SCORE World Desert Championship, held exclusively for the past two years in Baja California.

SPLIT-START
Commemorating the first race, motorcycle and quad classes will start the 50th annual BFGoodrich Tires SCORE Baja 1000 at midnight (PT) on Wednesday, November 15 and the car, truck and UTV classes will begin their journey in the elapsed-time race 10 hours later at 10 a.m. (PT) on Thursday, November 16. While the fastest vehicles are expected to complete the course in approximately 19 hours, all vehicles will have 48 hours from the time each starts to complete the course and become an official finisher of the 50th anniversary race.

SALIDA Y LA META
This year’s race will start for the 43rd time in Ensenada, Baja California and finish for the 21st time in La Paz, Baja California Sur. The start line will once again be adjacent to the iconic Riviera del Pacifico Cultural Center in the heart of Ensenada with the first several spectator-friendly miles running up the Ensenada Arroyo. The course will finish just off of Highway 1 in the outskirts of the city, adjacent to the Grand Plaza Hotel, official race headquarters in La Paz at the Fidepaz Marina.

Pre-race festivities include for the first time, the vastly popular tech and contingency of all vehicles and the SCORE Manufacturer’s Midway being held over two days on Boulevard Costero in front of the Riviera del Pacifico Cultural Center.  Contingency will run from 9 a.m. to 5 p.m. and pre-race tech will be held from 9 a.m. to 6 p.m. for motorcycles, quads and UTVs on Tuesday (November 14) and for cars and trucks on Wednesday (November 15) at the same times.

In La Paz, media registration will be held in the Emperor’s Ballroom at the Grand Plaza Hotel from 11 a.m. to 5 p.m. on Wednesday, November 15 and the BFGoodrich Tires/Baja California Secretary of Tourism SCORE Media Center will be open on race days from 10 a.m. (PT) on Thursday, November 16 until 4 p.m. (PT) on Saturday, November 18.

POST GREEN
As the 50th annual BFGoodrich Tires SCORE Baja 1000 celebration continues Thursday (November 15) night to all day and evening on Friday and on the morning of Saturday (November 18) in La Paz while official finishers cross the line and tales and epic accomplishments are added to the legacy of the event. The post-race awards fiesta will be held in La Paz starting at 7 p.m. (PT) on Saturday (November 18).

VIVA BAJA!
As it has for over four decades, SCORE has put together another memorable race course for the 50th annual BFGoodrich Tires SCORE Baja 1000, this one is a point-to-point race, with all of the foreboding, unforgiving terrain that both the northern state and southern state of the majestic Baja California peninsula has to offer. SCORE CEO/president Roger Norman and SCORE Race Director Jose A. Grijalva have designed and finalized this year’s race course of 1,134.40 miles. This year’s golden course will have five physical checkpoints along the way to the finish, 149 virtual checkpoints and 20 speedzones.

Starting in the heart of Ensenada in front of the historic Riviera del Pacifico Cultural Center, the course travels east to Ojos Negros before launching its weaving way south to the finish line in La Paz.

WHO ELSE BUT SAL?!
Sal Fish, 78, the iconic desert racing promoter who owned SCORE International for 38 years, will be the Grand Marshal for November’s 50th BFGoodrich Tires SCORE Baja 1000.

Off-Road Motorsports Hall of Famer Fish, who lives in Malibu, Calif., has earned more awards in his life than most racers have won races and was the face of SCORE from 1974 until he sold the company to Roger and Elise Norman on December 20, 2012.

Tickets for the special, one-night December 6 nationwide premiere are now on sale. For information regarding tickets and theater locations, visit https://www.fathomevents.com/events/dust-2-glory.

EL REY NETWORK
The four-race 2017 SCORE World Desert Championship in Baja California, Mexico along with the SEMA SCORE Baja 1000 Experience and the SCORE Baja 1000 Qualifying in Las Vegas are all airing on El Rey Network in the United States. International distribution is by way of syndication. The season-ending 50th BFGoodrich Tires SCORE Baja 1000 will have a two-hour show produced while the other race shows are each one-hour telecasts.

El Rey Network is available in 45 million homes across the country through cable and OTT providers and via satellite on DirecTV Channel 341 and Dish Network Channel 253. For more information on how to watch El Rey visit http://elreynetwork.com.