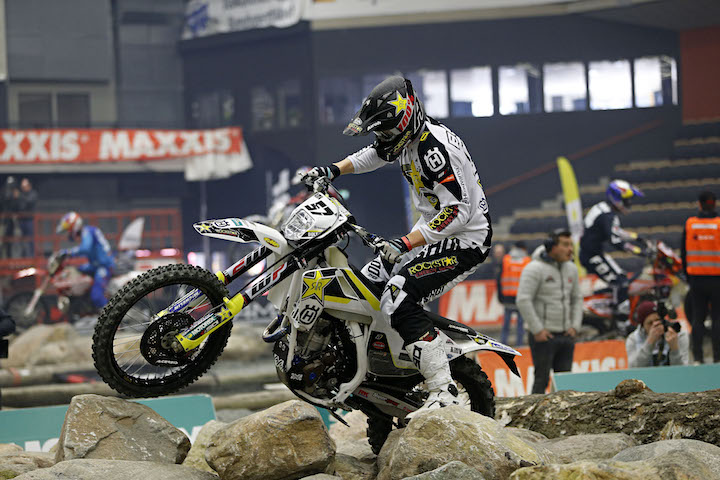 Claiming a career-first overall victory, Rockstar Energy Husqvarna Factory Racing’s Billy Bolt has ended the 2018 FIM SuperEnduro World Championship as runner-up in the final championship standings. Delivering arguably the best performance of his career, series rookie Bolt raced his way to two wins from three starts at the final round of the championship in Sweden to secure the top step of the podium.

Entering the fifth and final stop of this year’s SuperEnduro series in Lidköping on top form following a victory at last weekend’s British Extreme Enduro Championship, the Husqvarna rider was determined to end his first season of indoor enduro racing on a high.

Proving fast from the off, the 19-year-old put in a fantastic opening heat race to place a close second behind rival Taddy Blazusiak. Making the best of the reversed start order for heat two, Bolt put his FE 350 out front at the end of lap one. Despite slipping back to second on lap three, he continued to apply pressure on race leader Manuel Lettenbichler before retaking the lead with four laps to go. Upping his pace, he broke clear of the chasing pack to win by almost eight seconds.

Knowing the chance of winning his first overall podium was within his grasp entering the third heat of the night, Bolt kept his composure and remained focused on the job in hand. Making a near-perfect start, the Husqvarna rider took control on lap one and was never headed, despite early pressure from Blazusiak. Going on to secure a comfortable margin of victory, Bolt claimed the top step of the podium while also ending the 2018 series as runner-up.

For out-going champion Colton Haaker, the final round of the championship in Sweden was another difficult outing. Starting things off positively with a third-place result in heat one, Haaker finished fourth in heat two. In contention for a possible podium result, numerous mistakes in heat three saw him finish seventh, dropping him back to sixth overall on the night.

With the 2018 FIM SuperEnduro World Championship complete, the Rockstar Energy Husqvarna Factory Racing team now look forward to the opening round of the World Enduro Super Series in Portugal May 11-13.

Billy Bolt: “It’s been the perfect end to the series — winning my first round overall and then ending the championship as runner-up. I couldn’t ask for more than that, especially in my rookie season. Tonight was a great night and I felt my riding really came together to take the overall victory. We’ve worked tirelessly as a team to improve little by little and the end result has paid off with the top step of the podium here in Sweden. My speed wasn’t any better or worse than previous rounds, but my mistakes were fewer and that’s made the difference. I felt much more consistent in my riding and was able to handle the intensity better, taking two race wins tonight. Regards the final championship standings it was a shame for Taddy Blazusiak to have an issue like he did and it definitely swayed the end result in my favour, but I guess that’s the luck of racing sometimes. Finally, I just wanted to say a huge thanks to the Rockstar Energy Husqvarna Factory Racing team for their support and belief in me to get this result.” 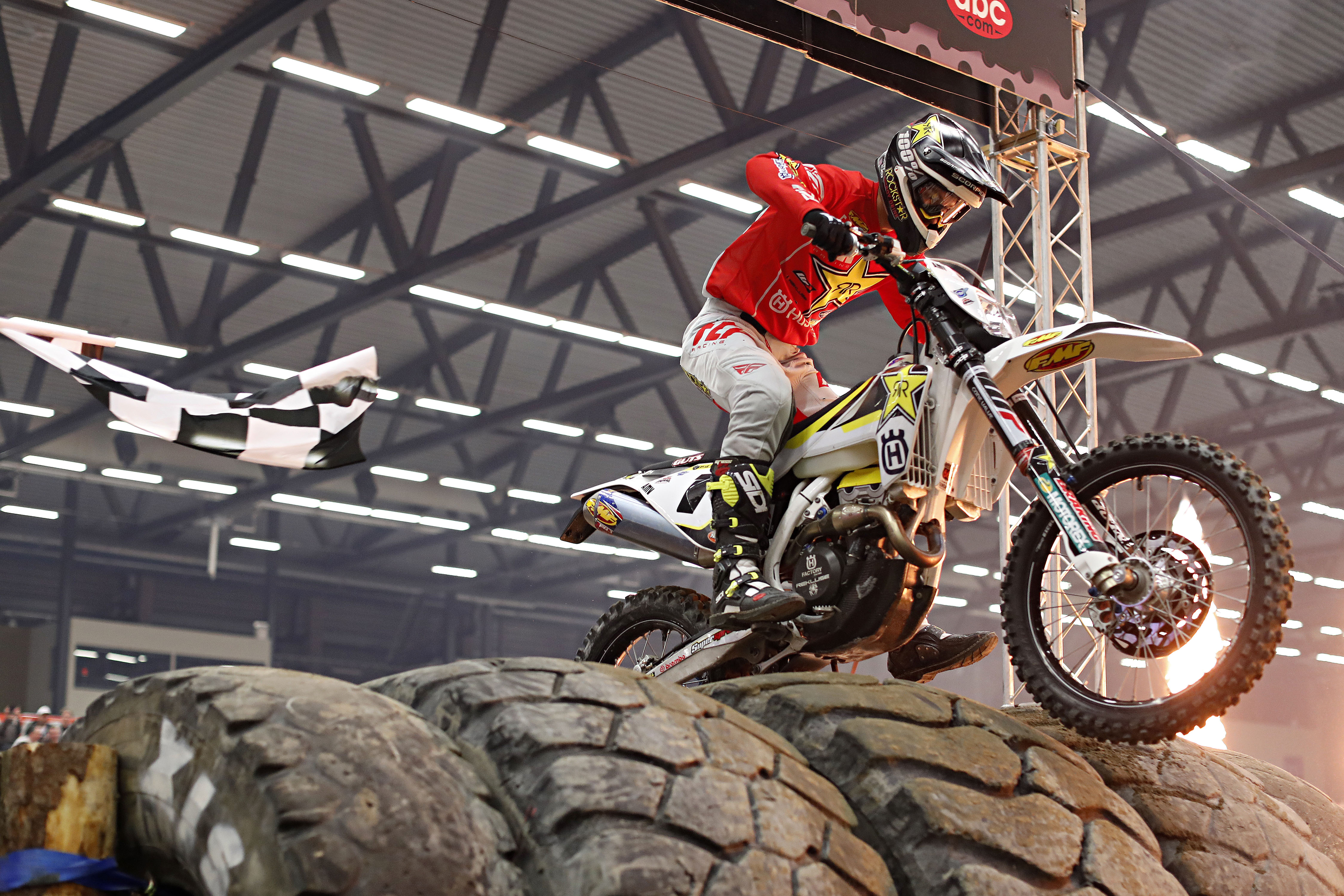 Colton Haaker: “Overall, it’s just been a strange season for me in SuperEnduro. Finishing sixth overall tonight and fifth in the final standings is not the results I wanted to end my second consecutive title defence on. I need to take stock of how things went this season, of course they weren’t what I wanted but I need to look at why. Definitely starting the season coming off an injury wasn’t ideal but I don’t want to use that as an excuse. At every round I felt fast and my lap times were always strong. But through a combination of bad luck and situations out of my control, the results weren’t there to put together an overall result that I know I’m capable of.”