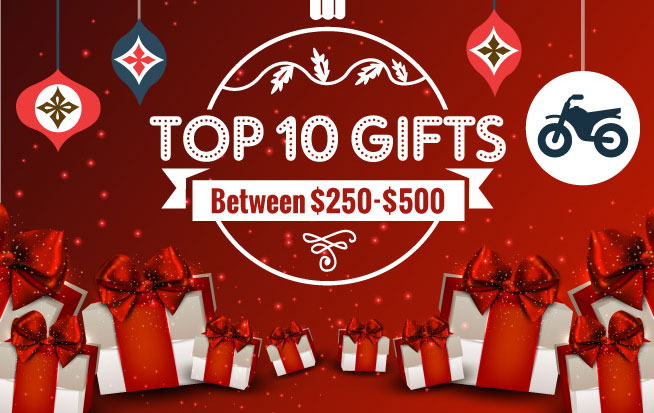 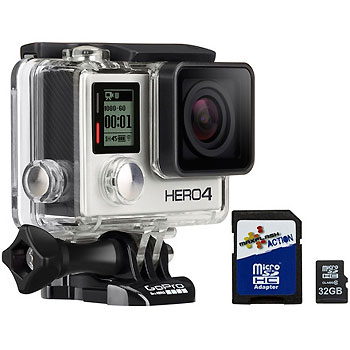 9. GoPro HERO4 Silver Edition, $399.99
GoPro spawned the action camera industry, adn its HERO4 Silver Edition allows you to capture your action easier than ever before. The HERO4 Silver is the first GoPro to feature a built-in touch display that makes controlling the camera, framing shots and playing back content a cinch–just view, tap and swipe the screen. The HERO4 Silver’s lens captures 1080p60 and 720p120 video plus 12MP photos at 30 frames per second and is selectable to allow the user to record video at ultra-wide, medium or narrow focal lengths. Its auto low light capability automatically adjusts the frame rates for optimal low-light performance as well. Other nifty features include HiLight Tag, which lets you mark key moments for easy playback, editing and sharing, and QuikCapture, which allows you to power on the camera and start recording with the press of a single button. GoPro claims to have improved the HERO4 Silver’s audio performance for better sound capturing, Waterproof to 131 feet (40 meters), the WiFi and Bluetooth compatible HERO4 Silver is one tough action camera that is sure to make the gift giver look like a hero.
GoPro
www.gopro.com