There’s no questioning that Darryn Durham is a talented rider, and his dirtbike wizardry is on full display in the latest Fasthouse video, Desolate.

Durham, who won the AMA Horizon Award as an amateur motocross racer in 2008, has seen his share of marquis rides during his pro career. However, the Lucas Oil Pro Motocross circuit hasn’t always been so kind to the Pennsylvanian, who has put up strong results, only to be plagued by injuries. Durham has had seats on both the Monster Energy Pro Circuit Kawasaki and Troy Lee Designs KTM team in the past, but he did not contest the 2017 Monster Energy AMA Supercross Series or the Lucas Oil Pro Motocross Championship. Instead, he spent some time testing the unique Alta Motors Redshift electric motocross bike.

Lately, Durham has found a home with Fasthouse, the cutting-edge dirtbike clothing manufacturing company that describes itself as representing a lifestyle that is “dynamic, energized and full of passion for motorcycles and motorcycle racing – be it motocross, flat track, racing across the desert or simply taking a quick run up Mulholland on a weekend.” 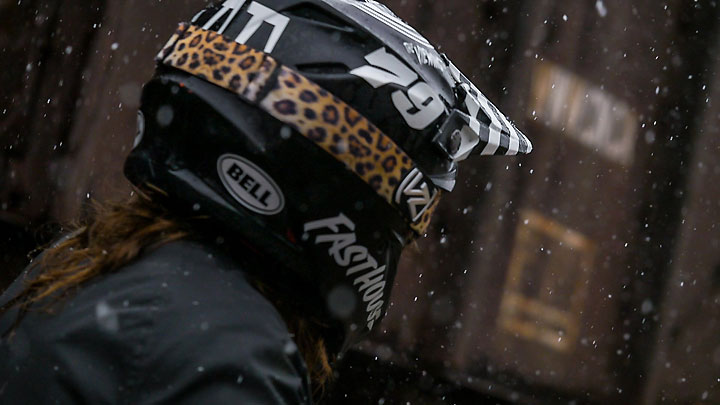 For the release of Desolate, Fasthouse utilizes Durham’s considerable skills to produce another in its great line of art-house dirtbike videos.

“Darryn Durham and The Viewing are always up to some rad stuff,” the video teaser states. “And even though you’ve likely seen DD ripping around on an electric Alta bike lately, it doesn’t mean that he hasn’t been spending time aboard his traditional 450. While back east this year, The Viewing put together this bad ass piece titled Desolate with some of the coolest and most original imagery seen in a motocross video in a while.”