You might find it strange to head to the top of the tallest skyscraper in downtown Los Angeles for a dirtbike event, and you’d be right. It’s pretty far out of the box, so to speak, but that was exactly the point of the 2018 Husqvarna FC 450 Rockstar Edition and Rockstar Energy Husqvarna Team launch.

Seventy floors up, looking out over the wild fire smoke-filled L.A. horizon, the crew at Husqvarna Motorcycles and Rockstar Energy Drink teamed up for an event dubbed “Elevating the Sport” (get it?) to unveil not only their 2018 AMA Supercross and Pro Motocross lineup, but the all-new FC 450 Rockstar Edition, a machine that compares to the production FC 450 in the same way that the 2018 KTM 450 SX-F Factory Edition compares to the production 450 SX-F.

Hot on the heels of the KTM Supercross/Motocross team launch, where the orange crew revealed the SX-F 450 Factory Edition, Husqvarna revealed its first-ever race-team-inspired motorcycle in the FC 450 Rockstar Edition—a strikingly similar Austrian weapon, though not technically identical to its orange counterpart.

Like the KTM Factory Edition introduced earlier this week, the Rockstar Edition is all new in nearly every aspect, from frame to motor. Starting with the motor, the SOHC cylinder head is all-new, in total nearly 500 grams lighter, says Husqvarna’s Andy Jefferson, and the total package is nearly a pound lighter than the 2018 FC 450 engine. Along with the new motor is an all-new exhaust with a shorter muffler—said to centralize mass and also trim weight—and an all-new header with a concealed resonator chamber that almost looks like an expansion chamber off a 100cc two-stroke.

The new frame is changed to offer increased longitudinal rigidity and is complemented by a stiffer upper triple clamp to work with the WP fork. On the fork leg you’ll find a holeshot device, which comes stock on the Rockstar Edition.

“It’s the closest thing to our factory bike that there has ever been previously,” says Rockstar Energy Husqvarna Team Manager Bobby Hewitt. “It’s pretty damn close.”

The subframe is still the carbon composite—unique to the Husqvarna—and features a new two-piece design that checks in at a half-pound lighter. The swingarm is also new, and 5mm longer allowing for a greater range of adjustment, as Husqvarna’s Andy Jefferson said.

“The swingarm is 5mm longer, but the hole is cut out longer so you can slide the wheel back for more stability,” Jefferson said. “On the back half of the swingarm, if you measured an old one and a new one it’s the same distance. They cut the hole out bigger but for strength purposes they had to make it longer to have the same amount of material there.”

The most significant change, Jefferson explains, is the frame.

Hewitt explained the benefits in the frame alterations.

“Where they’ve stiffened the frame this year, it gives you a little more of that rigid feel that you need especially on Supercross,” Hewitt said. “That was some of the developments from our side on Supercross; to get that pop to be able to get up and over obstacles, we need a little bit stiffer frame. But you want that flexibility on the outdoors when you’re riding motocross.”

The Rockstar Edition comes with a host of other upgrades and alterations, including a new cooling system with a new center tube. The ProTaper aluminum tapered handlebar features a new lower bend. The battery is upgraded to a new generation lithium-ion 2.0 Ah battery. 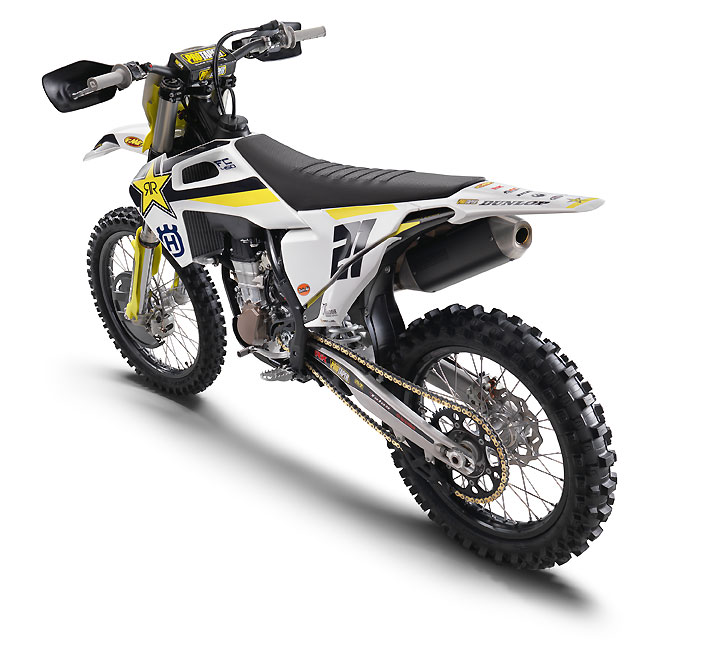 Looks-wise the Rockstar Edition gets a refresh as well, with new plastics and bodywork. It appears the FC 450 will be able to breathe a little easier with what looks like a more open airbox design. Graphics will sport Jason Anderson’s signature number 21. The Rekluse clutch case cover adds a nice factory touch, though the Rockstar Edition does not come with any Rekluse components in it.

MSRP has not yet been announced for the Husqvarna FC 450 Rockstar Edition, but something tells us you’d better save your pennies if you want to get your hands on one of these beauties.

The following press release material is from Husqvarna:

Motocross is embedded in Husqvarna Motorcycles’ celebrated history. Long-standing pioneers of the sport, Husqvarna first introduced purpose-built motocross racing motorcycle more than 60 years ago. Since that time the Brand has continued to lead in the development of today’s highly specialized motocross and off-road machines.

Rockstar Energy Husqvarna Factory Racing have established itself as a dominant, global force competing at the pinnacle of motocross competition.

Husqvarna’s new FC 450 Rockstar Edition is a bike built to perform at the highest level, manufactured in limited number. Embracing the highly successful collaboration between Rockstar Energy and Husqvarna, this exciting new model will form the basis of the official Rockstar Energy Husqvarna Factory Racing machine that Jason Anderson and Dean Wilson will compete on during the 2018 AMA Supercross Championship. 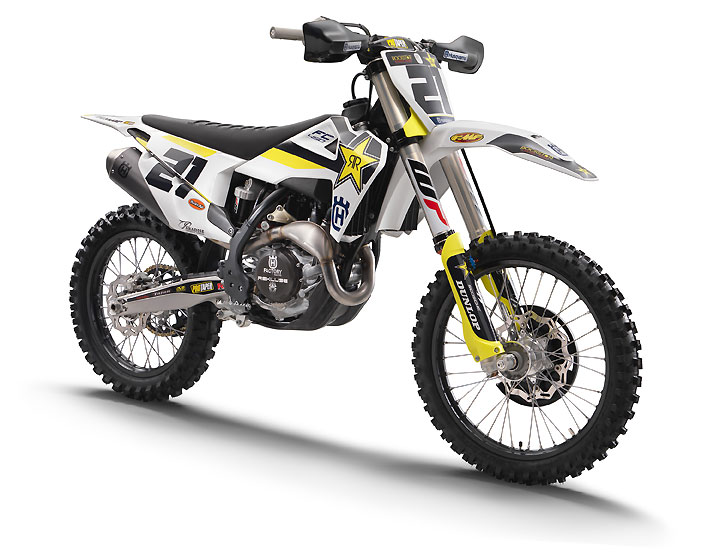 2018 FC 450 ROCKSTAR EDITION
True to the brand’s commitment to continued development of its premium machines, Husqvarna Motorcycles’ engineers have combined feedback collected from Rockstar Energy Husqvarna Factory Racing team riders and together with extensive testing introduced a long list of upgrades to the FC 450 Rockstar Edition. Featuring further engine and chassis advances and a redesigned bodywork, the all-new machine sets the benchmark in terms of handling, weight and aesthetics.

Amongst a series of vital engine upgrades, a more compact SOHC cylinder head brings a significant reduction in the external dimensions and the overall weight of the four-stroke power-plant. Continuing to set the standards in the 450cc class, the engine features an updated cooling system and a new exhaust system.

Designed to offer increased rigidity, the frame works in collaboration with a 0.5 lb. (250 g) lighter subframe and a stiffer upper triple clamp. With a series of special parts such as the carbon fiber skid plate, the billet clutch cover and the standard holeshot device strengthening the link to the team’s machines, the new FC 450 ockstar Edition offers race-winning performance and aesthetics straight out of the showroom. 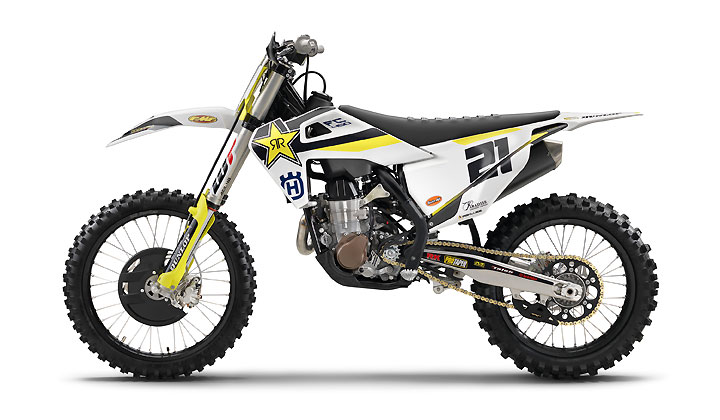 FC 450 ROCKSTAR EDITION–UPGRADES IN DETAIL
Combining cutting-edge technology with a series of specific, race-orientated engine and chassis upgrades, Husqvarna Motorcycles’ engineers have ensured that the FC 450 Rockstar Edition sets the benchmark in terms of handling, power, weight and aesthetics.

Swingarm: The hollow, cast aluminum swingarm is designed to offer optimal stiffness and reliability at the lowest possible weight. The chain adjustment length has increased by 5mm extending the total wheelbase range for improved straight line stability on rough tracks and whoops. The machining on the side by Husqvarna Motorcycles engineers is a mark of premium quality that perfectly demonstrates attention to detail and superior craftsmanship.
• Optimal stiffness and reliability in a lightweight construction
• Extended adjustment range → improved straight-line stability 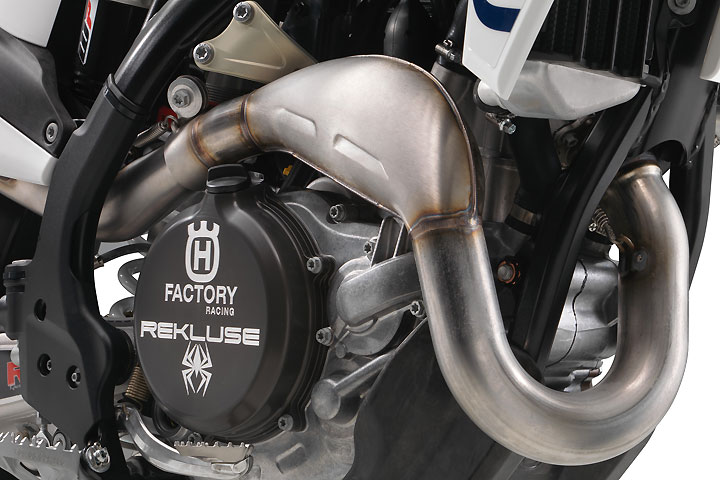 Exhaust System: The exhaust system is expertly designed to deliver the best possible performance while adhering to competition noise limits. The header pipe features a new flow-designed resonance chamber that is integrated into the header pipe. The new header pipe also features a new joining position allowing it to be removed without removing the rear shock. The new silencer is shorter and more compact while delivering the same damping volume and noise level. The unit is crafted from lightweight aluminum and is stylishly finished off in a new coating that proudly carries the Husqvarna Motorcycles logo.
• Exhausts → light-weight, optimal performance
• New header joining position → easy removal without taking out the rear shock

Electric Start & New Li-Ion Battery: Along with the benefit of an easy electric starting system, a new generation Li-Ion 2.0 Ah battery is fitted to the FC 450 ROCKSTAR EDITION. The Li-Ion battery weighs approximately 2.2 lbs (1 kg) less than a conventional lead battery. Offering the convenience of electric starting, overall weight is being kept to a minimum.
• Electric starter → easy starting when time is critical
• Li-Ion battery → lightweight, 2.2 lbs / 1 kg lighter than a conventional battery

Integrated Cooling System & Radiators: The radiators are expertly crafted by WP Performance Systems using high-strength aluminum. CFD (computational fluid dynamics) technology is used to channel air through the radiators more efficiently and provide optimal cooling in any condition. The cooling system is integrated into the frame. Channeling coolant through the frame allows for improved cooling, with the application eliminating the need for additional hoses. New to the system is a larger center tube that runs through the frame. The new tube reduces the pressure at this point in the system allowing for a more consistent coolant flow.
• Integrated cooling → maximum efficiency in minimum space
• WP radiators → offering optimal cooling
• New central tube → more consistent coolant flow

Gearbox: The lightweight five-speed gearbox is now produced by Pankl Racing Systems, ensuring the highest level of durability and reliability. The gear lever features a design that prevents dirt build-up and keeps the lever tip in its original position even in the toughest conditions. An advanced gear sensor selects a specific engine map tailored for each gear.
• Five-speed gearbox → smooth and precise shifting
• Integrated gear sensor → specific engine maps for each gear

DDS Clutch: The FC 450 Rockstar Edition features a DDS (Dampened Diaphragm Steel) clutch. The exclusive characteristics of this system include a single diaphragm steel pressure plate instead of traditional coil springs. It integrates a damping system for better traction and durability. The clutch basket is a single-piece CNC-machined steel component that allows the use of thin steel liners and contributes to the compact design of the engine. The billet clutch cover is exactly the same as the one used by the Rockstar Energy Husqvarna Factory Racing team and delivers that unmistakable factory look while also being lightweight and robust.
• DDS clutch → lighter with better modulation and improved durability
• Magura hydraulic system → perfect clutch modulation 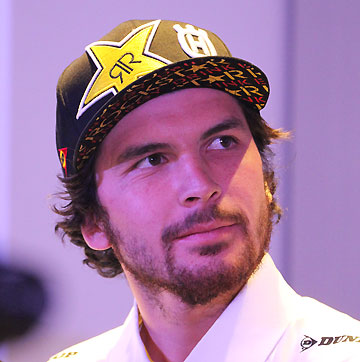 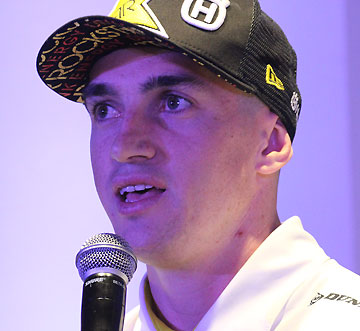 Reigning AMA Supercross 250SX West Champion and Pro Motocross 250MX Champion Zach Osborne will defend his dominant place in Supercross aboard the 250 machine. But at the close of his Supercross season, Osborne will be making the jump up to the 450 for outdoors. 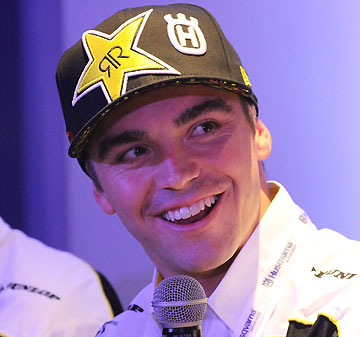 The veteran riders of the team will be joined by fresh faces aboard the FC 250 Huskys: Mitchell Harrison will contest the 250SX West Supercross Series while
rookie pro Michael Mosiman will take on the 250SX East championship. 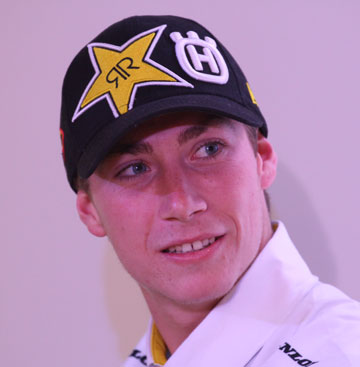 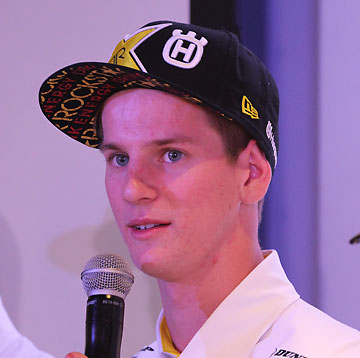