The following is from Husqvarna Motorcycles GmbH:

Husqvarna Motorcycles is pleased to announce the renewal of their contract with Graham Jarvis – an agreement that will see the British rider continue to lead the efforts of the Rockstar Energy Husqvarna Factory Racing extreme enduro team during the 2017 and 2018 seasons.

Remaining on top of his game, the 41-year-old Brit is currently enjoying one of the most successful seasons of his extreme enduro career. Starting 2016 with a runner-up result at Minas Riders in Brazil, Graham put in two dominant performances to secure a third win at Erzberg and a record-breaking fifth career victory at Romaniacs. 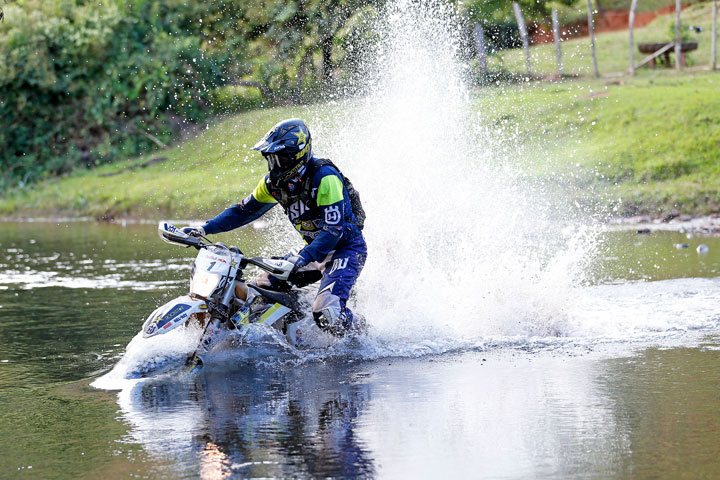 Following a tight race schedule Graham is now set to fight for victory at The Battle of Vikings, in Sweden, before heading to the States for the 2016 Tennessee Knock Out extreme enduro event.

Andreas Hölzl – Rockstar Energy Husqvarna Factory Racing Team Manager: “We’re excited to renew our contract with Graham for another two seasons. He will continue racing our team’s TE 300 in the biggest extreme enduro events worldwide. Carrying a huge amount of experience in extreme enduro racing, Graham is still very fast compared to many of the younger riders, which he proved that this year at both Erzberg and Romaniacs. With Graham age really is just a number. I think Graham has a lot more to give and will continue to surprise us with his performances in the future.”

Graham Jarvis: “It’s fantastic that I’m going to race with Husqvarna for another two years. The new TE 300 is an amazing machine. I’ve been racing it for a few months and already I’ve earned two major wins on it – Erzberg and Romaniacs. Within Rockstar Energy Husqvarna Factory Racing I feel like I’m part of a global team. My focus is on the big outdoor extreme enduro events, while I’ll also be trying to squeeze in as many other races as possible. I feel like I’m in the best place right now and I’m looking forward to the challenges that lie ahead.”