The company has said that it will produce 50 copies of the Scout FTR750 for sale to privateers. At $50,000 a pop, the bikes aren’t cheap, but the contingency announcement should sweeten the prospect for teams who are thinking about making the switch.

Here is the press release from Indian Motorcycle:

MINNEAPOLIS, MN – October 12, 2017–Indian Motorcycle Racing, which captured the 2017 American Flat Track Manufacturer’s Championship, is offering professional flat track race teams and privateers unmatched incentives to compete on its premier Scout FTR750 race bike. More than $350,000 in contingency is available for those who ride an Indian for 2018.

The bike’s superiority was further exemplified at the Lone Star Half-Mile, when privateer Johnny Lewis captured his only podium of the season in his first race aboard the Scout FTR750. 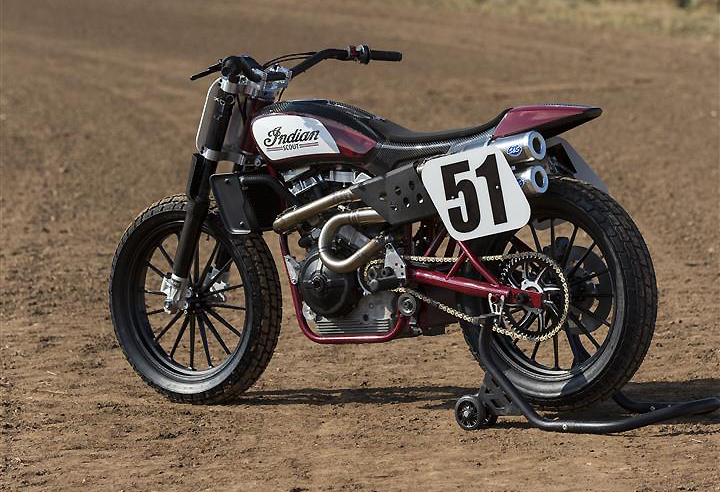 “After a historic return to professional racing, and the incredible success of the Scout FTR750 and our factory team, we are committing to support privateer racers who ride an Indian in 2018,” said Reid Wilson, Marketing Director, Indian Motorcycle. “Beyond the Indian Wrecking Crew, we received strong and enthusiastic feedback from select privateer riders who raced the Scout FTR750 during the 2017 season.”

Indian Motorcycle Racing’s contingency structure breaks down by the following: