Rockstar Energy Husqvarna Factory Racing’s Graham Jarvis is an off-road racing legend, and he added to his Sunday by earning another win at the 2017 Hell’s Gate Extreme Enduro in Tuscany, Italy.

The win was Jarvis fifth at Hell’s Gate, but it took the British rider three years to earn that record-breaking accomplishment, his last coming in the 2014 edition of Hell’s Gate. He completed the 14-lap, ball-busting enduro in 3 hours, 8 minutes and 23 seconds, more than 4 minutes ahead of second-place finisher Travis Teasdale. Wade Young was third.

Jarvis was strong right out of the truck, topping the five-lap qualifying race to earn the number-one starting spot for the main event. However, Sherco-backed Young took the early lead in the main. When Young was forced to pit to change a broken wheel, Jarvis passed him for the lead and was never headed. Jarvis had the race well in control past the 2-hour mark, and he was able to maintain a strong pace all the way to the finish, followed by Teasdale, Young and Sherco rider Mario Roman.

“It’s been a great event for me,” Jarvis said. “Winning the morning qualifying race was a bit of a surprise. I just made sure I didn’t make any mistakes and that was good enough to get the win. In the main race I got a good start but dropped behind Wade Young, who was running a really strong pace. He had some kind of a problem then, which allowed me to get ahead. I just kept a steady pace going then and things worked out great. There was a lot more man-made sections this year, which isn’t really my things. But to get a fifth Hell’s Gate win is great.” 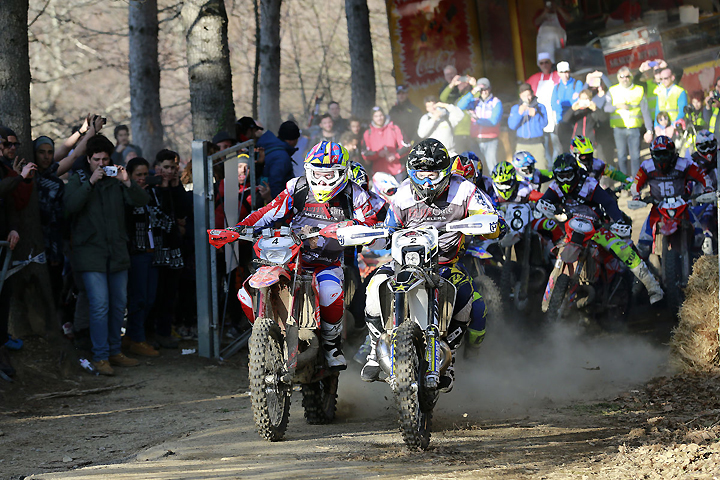