Josh Grant Set to Return From Injury at Washougal 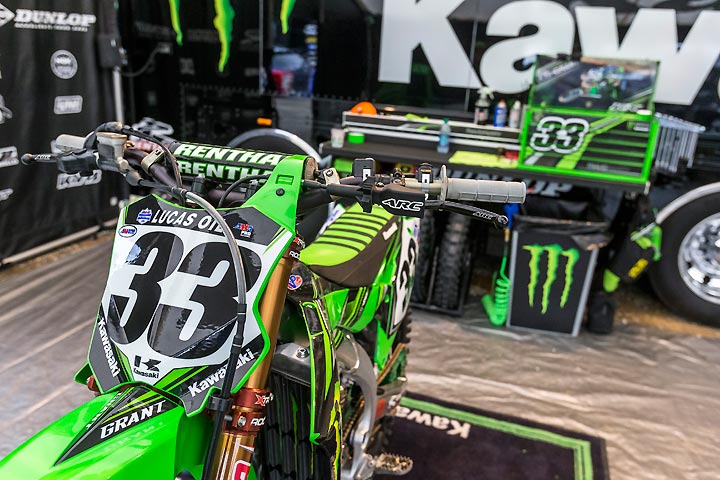 We can’t remember a time when Josh Grant wasn’t recovering from some sort of injury. Some guys are just less fortunate in that regard than others, but that’s racing. We’re stoked to see JG33 mack on the starting grid.

In a year in which the 450 Class has been ravaged by injuries, one factory rider is on the verge of a return. Monster Energy Kawasaki’s Josh Grant plans to line up at Washougal on July 28, the team announced on social media.

Grant broke his leg back in February at a supercross event. Although he tried to return for the start of the outdoor season, it was determined that he needed additional time to allow the injury to heal. By returning for Washougal, Grant will get to race the final four rounds of the season.

This is the fourth straight year that injuries have forced Grant to miss a significant chunk of the outdoor season, but prior to last year’s knee injury, he was one of the top riders in the field. In just six rounds of racing, Grant accumulated four moto podiums and six top-five moto finishes.