Kawasaki will make some significant brand signage changes to celebrate its 50th Anniversary. 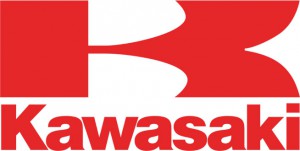 The following is from Kawasaki Motors Corp., U.S.A:

March 1, 2016 marks the 50th anniversary of Kawasaki’s presence in America. As part of the commemoration of this corporate milestone, Kawasaki is pleased to introduce an all-new visual identity to the brand, which will be featured at dealerships nationwide this fall.

The all-new visual identity represents a significant update to current signage and reflects the brand’s global identity. The new signage will stand out, featuring white lettering on a contrasting black background with distinctive Kawasaki Lime Green stripes underneath. This will be highly visible and easily recognizable for customers seeking dealerships. The transition to Kawasaki’s new visual branding will begin this month in selected markets, with the aim of having all dealers complete their installation by the end of the year.

“Kawasaki’s rich heritage of unsurpassed innovations in the U.S. powersports industry has been highlighted by motorcycles such as the original Z1 and Ninja 900, essentially creating the modern supersport category,” said Bill Jenkins, Senior VP of Sales Operations. “We also developed the market for the first stand-up personal watercraft with the Jet Ski® brand, and developed the first utility four-wheeled vehicles with the MULE side x sides. Now, our visual identity will reflect this heritage and align our U.S. brand image with Kawasaki’s global presence.”

Further announcements regarding Kawasaki’s 50th Anniversary celebrations will be made later this year.