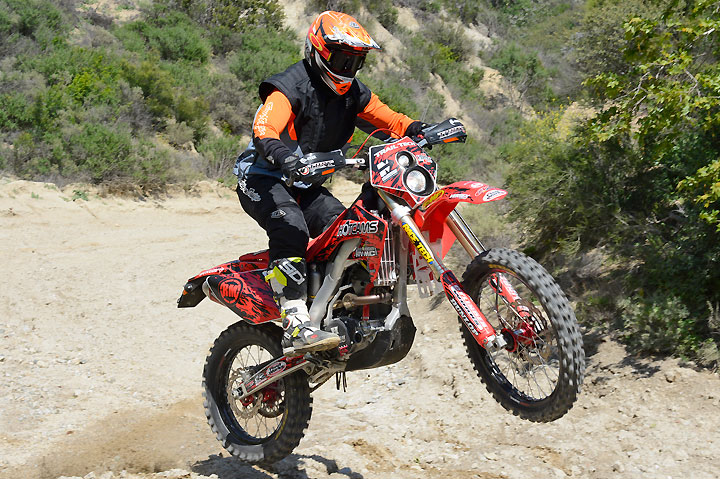 Living in California is one of those great double-edged swords.

Californians enjoy great weather year-round, diverse culture and a tremendously varied landscape in which we can enjoy an assortment of outdoor pursuits. At the same time, California’s political climate is one that limits our choices when it comes to pursuing them.

That’s certainly the truth when it comes to enjoying off-road recreation, where the Air Resources Board, the regulatory agency that monitors air quality and imposes regulations in an attempt to curb air pollution have enacted strict policies to limit individuals from building or modifying vehicles that do not comply with those regulations for street use. That includes converting an off-road motorcycle for street use because it does not contain the correct emissions equipment.

However, since most of the U.S. does not have to follow those same regulations, we present to you a true alternative to factory-built Japanese or European dual-sport machines available in dealer showrooms. Jay Clark of Jay Clark Enterprises has the recipe down pat, and his Honda CRF256 X delivers the kind of performance and fun that can only come from a truly dirt-derived machine. We’ll concede that it won’t make for a great daily ride, but if you live in state where such a machine is allowed, and if only a few miles separate your front door from your favorite fire-road or single-track paradise, a bike like Clark’s is the hot ticket. Even better, if you have a are a resident of one of those states, you can get a plate for such a bike and be “legal” anywhere you ride in the U.S. Either way, the CRF256X, is a showcase of the aftermarket companies that Clark works with when building one of his custom creations.

“Most of us do work for a living and don’t have a trust fund, so we can’t go buy the latest street-legal dual sport out there,” Clark said. “In the Western states close to California, making your bike street legal is not too tough, and you do not have to deal with the Air Resources Board. So, to build this bike we went to our buddy’s house in Utah to build the bike there legally, since the bike would be used there 90 percent of the time to connect awesome trail to more awesome trail.”

Clark got the ball rolling by scoring a great deal on a Honda CRF250X that was in need of a rebuild.

“We picked it up for $1200 because the previous owners tried doing some of their own top end work and were not qualified to do so,” Clark said. “The bike was running but not correctly. They had overtightened the head bolts and stripped out two of the threads in the cases.  At that point we figured we would completely rebuild the engine since we planned to dual sport for years to come with this machine. Besides, the CRF250X has been basically the same bike since it came out in 2004, so we have plenty of experience with the machine and know that with just a little help we can make it run as well as a CRF250R.”

Since he was tearing the engine apart anyway, Clark started with Hot Rods, who supplied a complete crankshaft and main bearings. With bottom end repaired, he then added a Cylinder Works big bore cylinder kit that bumps the bore size 1mm, increasing engine displacement a few cubic centimeters more than the stocker, to 256cc. That’s a rather odd displacement figure, but Clark has an explanation for it.

“The first question we get on this move is, ‘Why only 1mm larger?’” Clark said. “The cases on the older 250Rs and all 250X models are very tight and require boring the cases for any larger big bore. We wanted to keep it simple so we went with just the small increase in displacement.

“Jim has a lot of experience with the 2004 through 2008 CRF250s from when they were racing those bikes on the pro level,” Clark said. “We installed a Hot Cams Stage 1 camshaft but kept the stock style valve train and used the Xceldyne new X-2 line of valves and springs so all was fresh in the top end.”

Clark also added a complete FMF Racing exhaust system help the CRF256X breathe. However, he is quick to point out that all aftermarket parts in the project cannot live up to their potential with a stock CRF carburetor and airbox. Opening up the airbox and re-jetting the carburetor are a must to achieve the desired performance gains. The following videos show what steps Clark took to allow the CRF256X to breathe properly.

While working on the carburetor, Clark also removed the Hot Start cable from the bars and carb. This video shows how to do that.

“At the same time we removed the stock odometer and more of a CRF250R setup,” Clark said.

The following video shows how it that was done.

Clark also opted for new lighting, so he fitted a Tusk lighting kit. This was actually one of the more involved steps in creating the CRF256X, as Clark says that it requires a lot of work to wire the kit but the following video gives an idea of how the Tusk kit is installed.

“It will take way longer than the 8-minute video, but it will only take 1-2 hours max if you take your time and solder all of the connections properly,” Clark said.

Since he wanted to ensure that the headlight was getting plenty of juice to make it as effective as possible, Clark also added a Trail Tech kit with a higher output stator.

Turning his attention to the cooling system, Clark sent the badly bent stock radiators to ICW to have them straightened, a cost-effective alternative to new radiators. Most of the other changes to the bike, he admits, are not necessary.

“Many of the, let’s say, ‘more bling’ parts to help it look good and not like a 12-year-old bike,” Clark said. “You don’t necessarily need parts like new plastic, a new seat cover, Works Connections perches, etc., but the stuff works well, and you can’t say it doesn’t look nice.”

Once the bike was up and running, Clark said that he experimented with gearing a lot, ultimately settling on a 13-49 (3.76:1) final ratio, although he adds that riders who intend to do a little more street or road riding may want to drop to a 48-tooth rear sprocket.

All that was left was to head to the local Utah DMV to obtain a license plate.

“In Utah the process is very simple for the title,” Clark said. “You need to get a vehicle inspection from law enforcement or a Jiffy Lube-type place, and you take that in to the DMV and pay some very small fees after you wait in a very small line—all very un-California.”

And that’s that. Clark now has a legal dual sport motorcycle that meets all of his specific needs for enjoying riding in legal off-road riding areas around the country. And he should know. He built it himself. 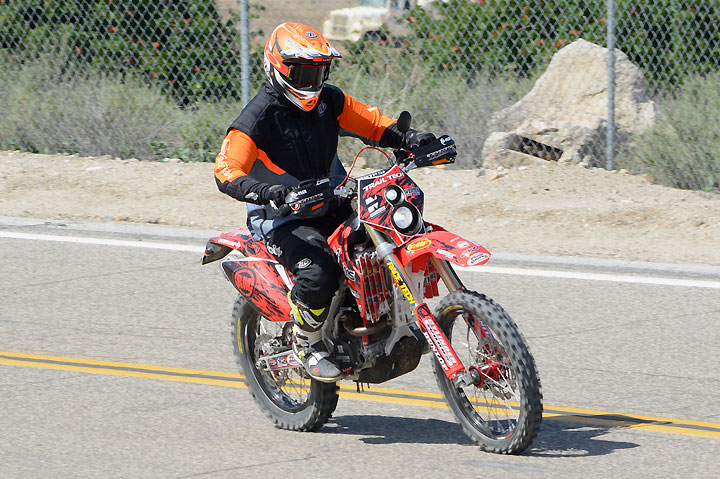 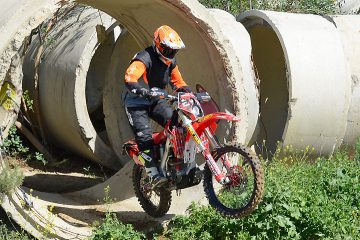 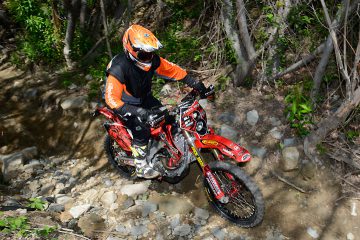 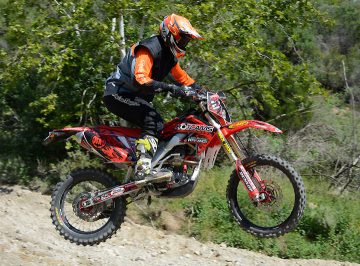