The Yamaha YZ250F has been a top contender in the 250cc motocross class since undergoing a complete redesign with the introduction of the 2014 Yamaha YZ250F, but over time, the stock YZ250F has been known to have a couple long-term reliability concerns that can be addressed by anyone who starts with project YZ250F.

Jay Clark of Jay Clark Enterprises specializes in building custom aftermarket bikes, and during the process he can usually identify and address them. That was a big consideration when Clark took on this pair of derelict project YZ250F models and transformed them into the quick and trick machines you see here.

“The ’14-16 YZ250F rods have issues, and if they fail it can be can be catastrophic,” Clark told us. “In both of these bikes the rod broke and it took the cases with them.”

Through his business, Clark has hooked up with several aftermarket parts manufacturers, and he also has a sense that helps him to scrounge OEM parts as needed. After purchasing both of these motor-trashed, project YZ250F machines off Craigslist for a mere pittance, he went to work. The first order of business was to replace the damaged engine cases. Careful shopping allowed him to find some second-hand cases, which helped to save some serious bucks.

“The goal was to get these bikes running again and make one a big bore to go along with a standard bore machine that showcased a bunch of cool modifications with the help of Jamie Ellis from Twisted Development,” Clark said. “We were going for good intermediate-level power and wanted to keep the maintenance to a minimum. We were more concerned with durability than with getting every bit of power that I could.”

To address the weak spot in both of these project YZ250F motors, Clark solicited Crank Works, whose CWI billet rods are much stronger than the OEM parts. Crank Works rods are used by many top Yamaha YZ250F racers (even those with national championships). The Crank Works rods were installed on new, Hot Rods cranks balanced by Crank Works, and the engines were carefully reassembled using Cyinder Works piston kits that feature a forged Vertex piston and ring kit along with a Cometic gasket kit.

Since Clark wanted to build an oversized engine for one of the YZ250Fs, he opted to go with one of Cylinder Works’ 3mm overbore kits, which comes complete with a new cylinder, to bump engine displacement 20cc, yielding 269cc. With the engines effectively buttoned up, Clark and Ellis turned their attention to the cylinder head and valve train on the two bikes. The camshafts were carefully degree’d to ensure that their lift and duration was exact.

“For cams we went with the Stage 1 Hot Cams so we could run the stock valve springs and keep our valve train running for a long time,” Clark said. “Twisted Development does have more aggressive custom race cams that can make 1-2 horsepower more, but those cams are pretty radical, so you have to keep on top of your valve train maintenance. If you’re looking for the maximum in performance, they’re a good purchase, but we were willing to trade a little power for longer service intervals.”

Clark and Ellis also incorporated some mild porting that Twisted Development has perfected, along with a valve job to make sure that the valve seats were optimized before filling both heads with Xceldyne X-2 OEM replacement valves from CV4. Each head is ported to different specifications in order to maximize air flow with the engines’ respective displacements.

“We dyno test and flow test each set up, so there is no guess work in our mods,” Ellis claims. “It has all been tested and proven.”

While the engines were being completed, Clark and Ellis also adding new Hinson clutch kits to both of them.

“The clutch is another weak point on YZ250F bikes,” Clark said. “We went with the full Hinson clutches to avoid any durability issues on our two project YZ250F units.”

To get even better throttle response from this par of project YZ250F motocrossers, Clark and Ellis recommend removing the backfire screen in the stock air box. Twin Air offers a kit that makes the mod easy, so both bikes have it.

“The YZ250F really wants more air flow, so we make sure to use the Cycra radiator shrouds (which feed air into the airbox on a YZ250F) to increase air flow along with the Twin Air kit,” Ellis said. “Then with the porting we make sure that the power is good all around.”

Turning his attention to the chassis and suspension, Clark scrubbed and buffed both frames and re-packed all the bearings. The suspension on both bikes was freshened up by Race Tech. “The stock Yamaha suspension is great and doesn’t need much,” Clark said. “Race Tech does a great job of tailoring it for our needs, which involved setting both bikes up for a Vet Novice. The only change was that a Devol lowering link was added to lower the ride height of both bikes a bit, because the Yamaha rear really rides too high. The factory teams will cut the subframes, but the Devol link is a much easier fix, and it isn’t a permanent deal.” Since the refurbished YZ250F and YZ270F were far more potent than a stock bike, Clark also took a tooth off the rear sprocket, going from 50 teeth to 49 teeth. That might not sound as impressive as it really is, since 250s are far more finicky when it comes to gearing than their larger 450cc compatriots.

Both bikes impressed the heck out of DirtBikes.com test rider Nick Stover when he swung a leg over them at Cahuilla Creek MX in Anza, California. Cahuilla’s fast and fun pair of pro-level and vet-level tracks served as the perfect backdrop to test the two machines.

“The 250F’s top-end is really impressive,” Stover said. “It really gets with the program when you clutch it off corners, and its throttle response is really sharp. It just makes so much more power on top, and it’s easy to clear pretty much anything on the track. I also like the suspension on both machines. It was set up just a little too plush for me, but it wasn’t so far out that I felt any lack of control. I would just dial it in for my riding style and call it good.”

“Man, that motor is deceiving,” Stover said. “It really reminds you more of a Husqvarna or KTM 350 than a 250. It rolls off the bottom really smoothly, and before you know it you’re really hauling. I had to be careful because at first I was over-jumping some of the jumps on it. I had to remember to back off and not trust the sound of the motor to tell me where I was in the power curve because I was already moving a lot quicker. It’s not as snappy as the 250F, but it is way easier to ride fast.”

Of course, none of these engine mods are what we’d consider to be cheap, but if you’re looking to add power and reliability to a tired YZ250F, it may be worth it to give Twisted Development a call and see what improvements can be made that will fit your budget. Oh yeah, and they wouldn’t be Jay Clark project bikes if they also weren’t equipped with a load of cool aftermarket parts and accessories. We’ve listed them all, along with links to the company websites below. 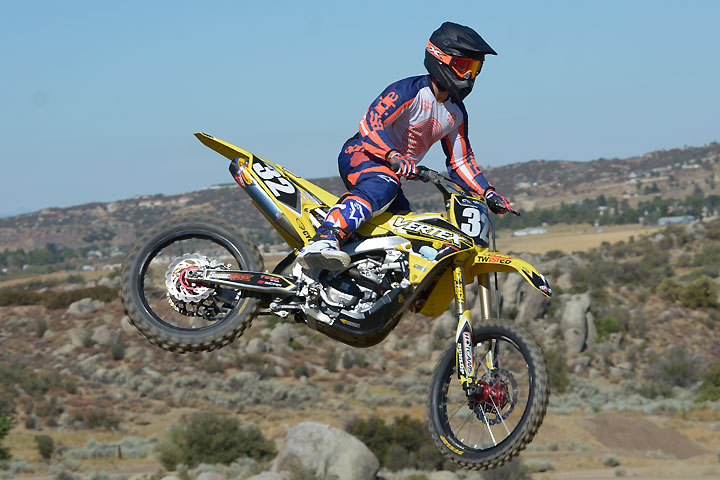 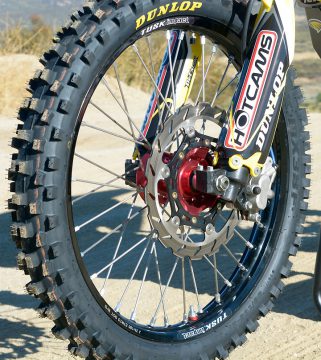 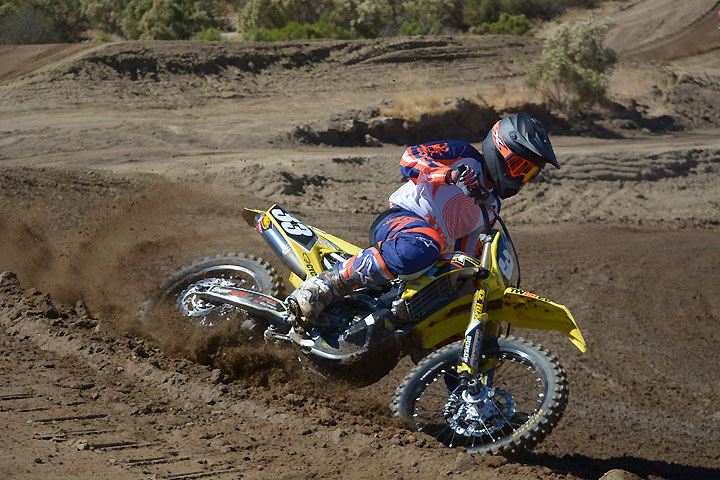 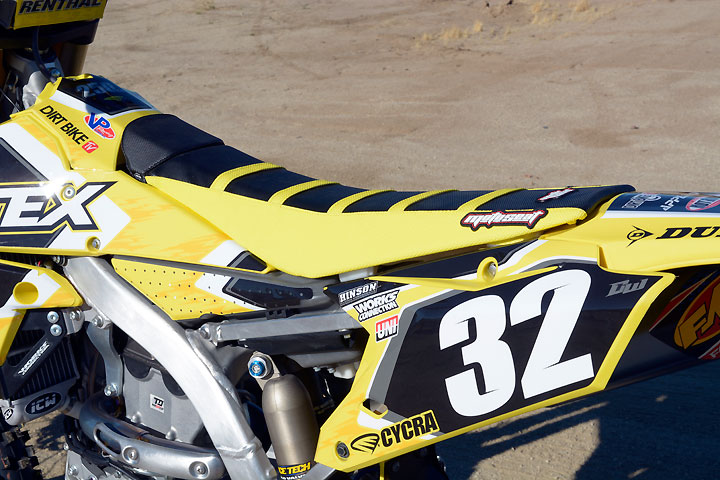