What the Pros Wear: The Dirt Bike Helmets of the Top Motocross Racers 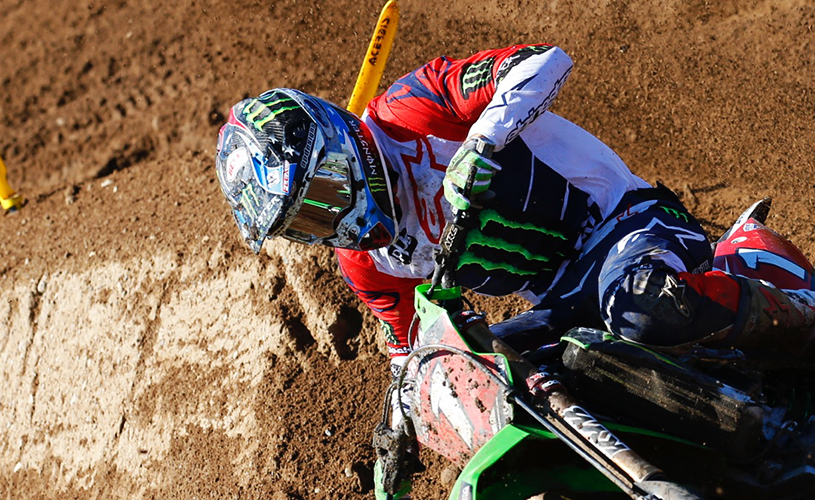 A properly fitting helmet is one of the most important pieces of riding equipment, especially for off-road riding. Different helmet manufacturers offer different features, such as different shell compositions, EPS layer density and ventilation.

In recent years, helmets have started including a Multi-directional Impact Protection System (MIPS). The technology uses a low friction layer that can move within the helmet to reduce rotational forces transferred to the head.

Choosing a helmet depends on a lot of personal factors, such as head shape, budget and even taste in graphics, so there’s no single “right” answer to what the best dirt bike helmets to wear are, as everyone will have a different answer.

This is reflected even in the pro level. We take a look at the top five riders from the 2018 Lucas Oil Pro Motocross 450 championship, and we see five different helmets from five different manufacturers, with a wide range of features and price points. 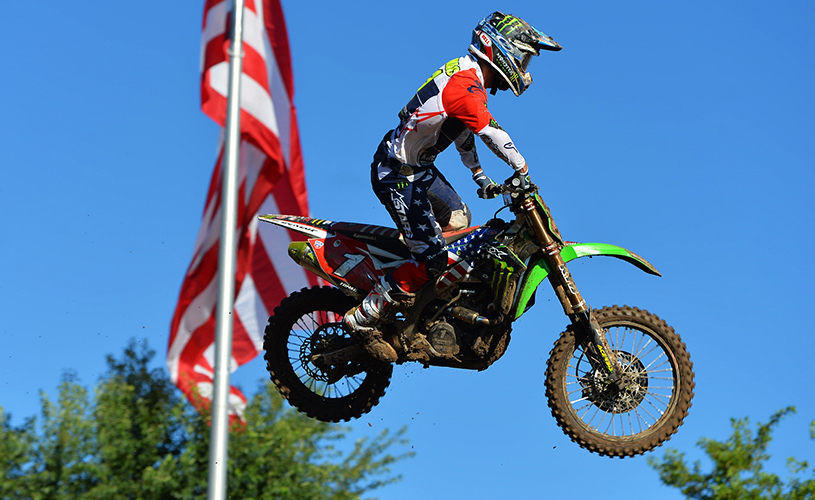 Eli Tomac captured his second consecutive 450 motocross title, becoming the first rider to repeat since Ricky Carmichael’s last title in 2006. Tomac won 15 motos and was the overall round winner eight time this season to capture the title.

Tomac’s helmet of choice is the Moto-9 from Bell, featuring MIPS. The exterior is a tri-matrix composite shell, which combines Aramid, carbon fiber and fiberglass. The cheek pads are magnetically attached, for easy removal. According to Bell, the Moto-9 MIPS weighs 3.19 pounds.

The Bell Moto-9 MIPS is priced at $399.95 and is offered in five sizes, small to XXL and nine color options including the Tomac replica Monster Energy option shown here. 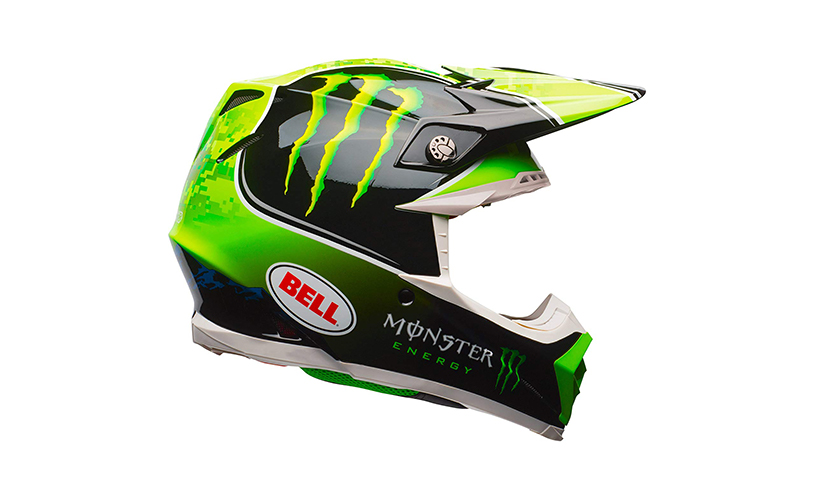 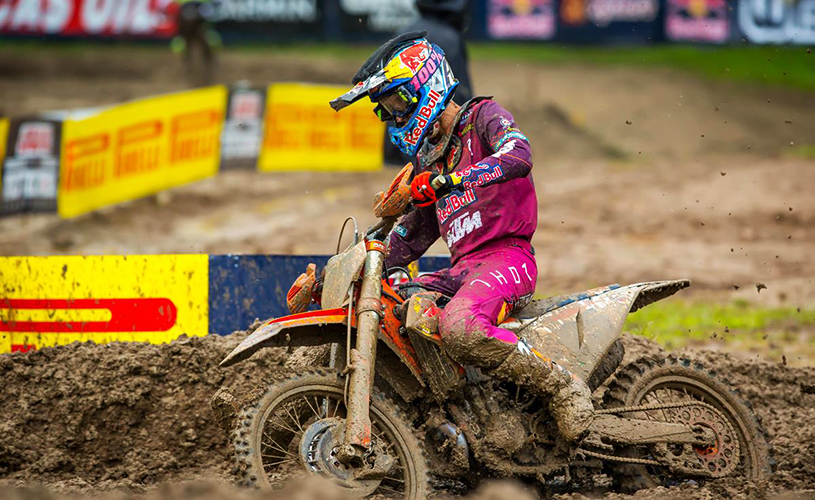 Marvin Musquin fell just short of catching Tomac this year, with the championship decided at the Ironman Pro motocross finale.

Airoh isn’t as well known in the U.S. as some of its competitors, but it’s got a stud in Musquin representing it in AMA racing (not to mention Tony Cairoli in international racing). Musquin wears the Aviator 2.2, which is the follow-up to the previous 2.1 model. The 2.2 model offers a wider field of vision, a new vent chin guard, a new rear spoiler and a redesigned peak. The Aviator 2.2’s shell is made of a carbon Kevlar material which contributes to its claimed weight of 2.1 pounds.

The Airoh Aviator 2.2 is available in three different shell sizes and a variety of color options. The helmet is usually priced from $557.91 to $669.44 through Airoh’s American distributor, but as of this writing they are available for 60% off. One important caveat however: the Aviator 2.2 is ECE 22.05 approved but not DOT approved. 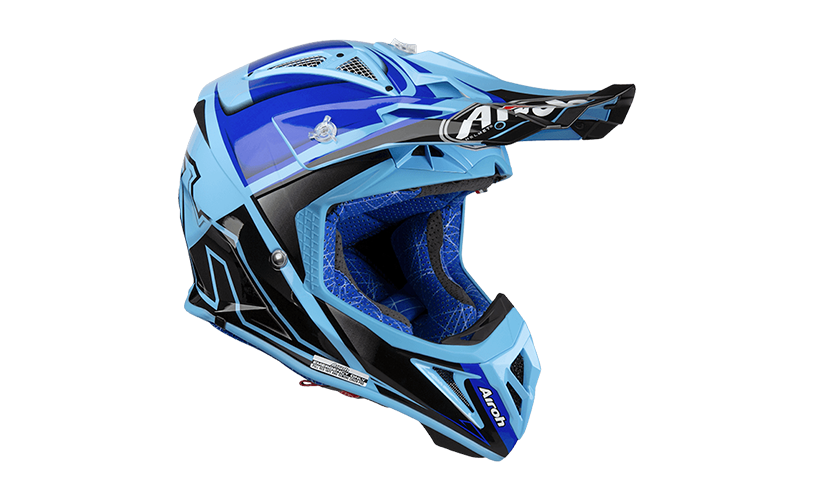 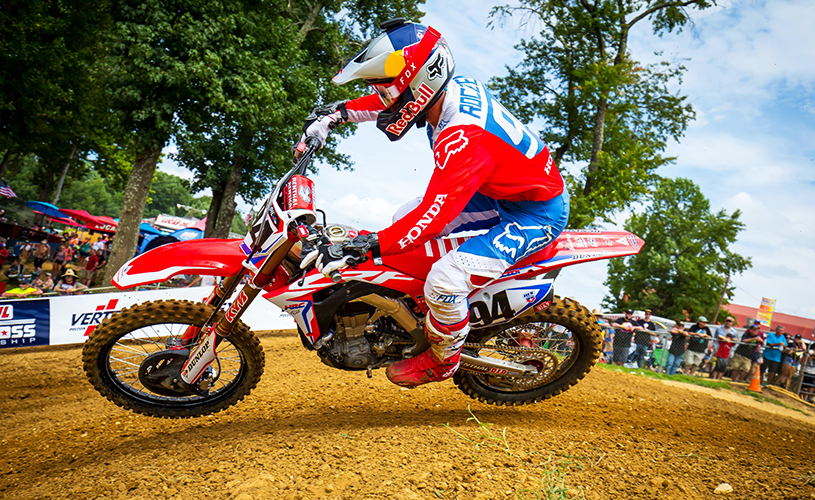 Ken Roczen finished third overall, winning two motos and finishing on the podium in 15 motos. This was Roczen’s second year with Honda but due to various injuries, his first motocross season HRC.

Roczen is backed by Fox Racing, which has previously sponsored the likes of Carmichael and Jeremy McGrath. Roczen wears the Fox Racing V4 helmet, which also offers MIPS technology, reducing rotational friction between the EPS layer and the comfort liner. The shell is a carbon fiber construction for light weight (Fox says it weighs 4 pounds) and the helmet offers 16 intake scoops and eight exhaust scoops for airflow.

The Fox Racing V4 is available in a number of colors and four shell and EPS sizes for $549.95. 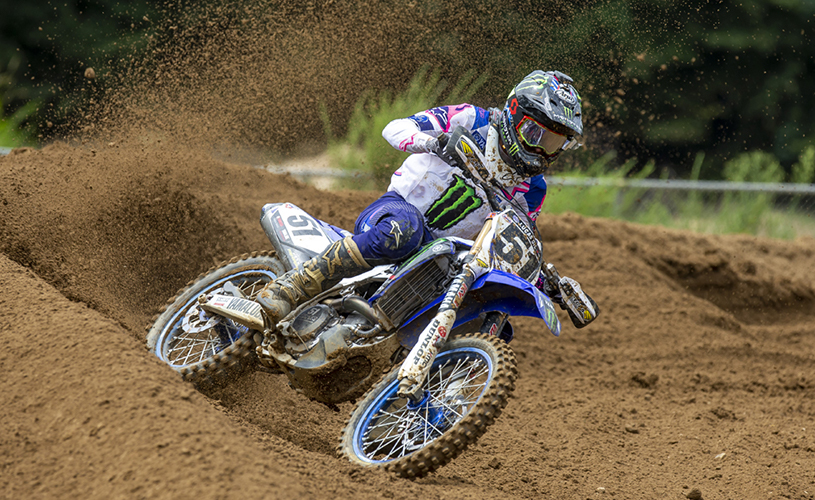 Justin Barcia is the only rider not named “Eli Tomac” or “Marvin Musquin” to win a motocross round this season, winning both motos to take the Ironman finale and finish fourth overall in the championship.

Barcia wears the Arai VX Pro 4 which uses a Complex Laminate Construction (CLC) shell. The VX Pro 4 uses Arai’s multi-density hybrid EPS liner which combines five different densities into a single piece instead of having different densities stuck together with glue. This allows the different parts to better assist each other in energy absorption.

The Arai VX Pro 4 is available in several colors and sizes, with prices at around $665.95. There’s also the Barcia edition VX Pro which is priced at $674.95. 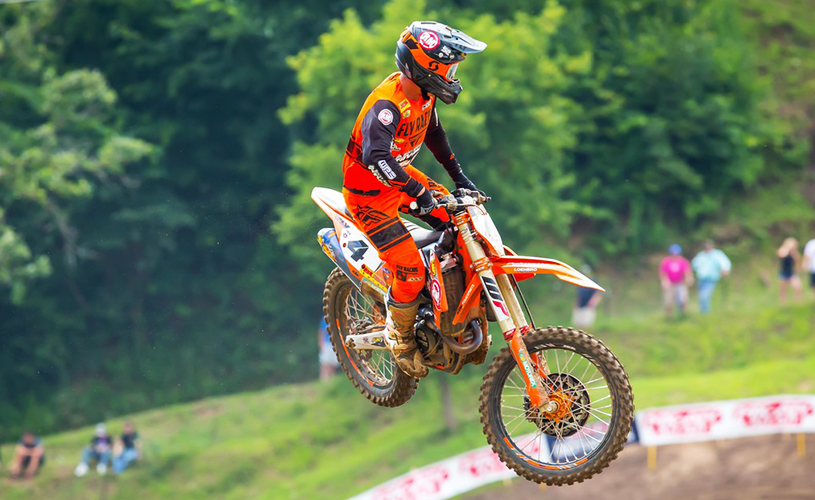 “El Chupacabra” Blake Baggett rounds out the top five from the 2018 450 motocross season. Baggett took a bit of a step back this season after finishing third and winning his first motos and overall rounds last season.

The Fly Racing F2 Carbon is offered in a number of color options, including some several neat-looking two-tone colorways. Prices are more affordable than some of the helmets on this list, coming in around $249.99. 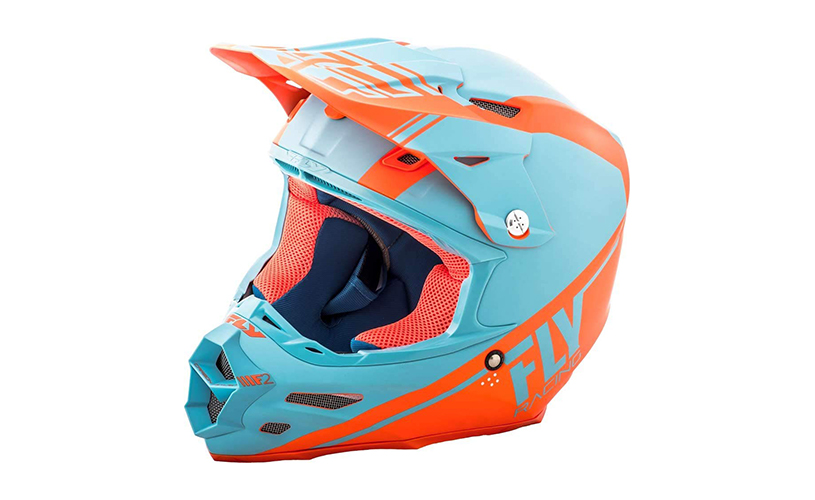