Rick Sieman: What To Do if You Get an Off-Road Citation

(Important: It’s should be noted that the writer is not a lawyer, and has never even played one on TV. The following information on what to do if you get an off-road citation is based on general advice from real attorneys I have known over the years. And since most of this advice was gathered in the Southern California area, you should certainly check for possible variances in your area.) 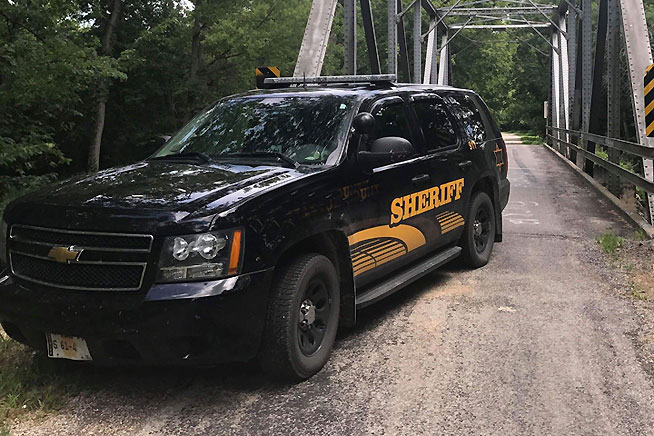 Let’s say you’re riding your dirt bike or ATV in the hills near where you live, at a place you’ve been using for years, and all of a sudden an officer of the law fixes you with a steely-eyed glare and motions you over to his idling squad car with a crooked finger. What do you do?

Should you just slap your dirt bike into gear and run for it? Or should you try to talk to the officer first and find out what he wants? But what if he wants to give you an off-road citation? What if he starts swearing at you, calling you names, threatening you with multiple offenses?

WHAT ARE YOUR RIGHTS?
First off, any law officer who stops you to issue an off-road citation, or to even question you, must tell you why he is doing so. You have the right to ask him what laws you are violating and what specific offenses, if any, you are committing.

If you are doing anything allegedly more serious than a traffic violation and are subject to actual arrest, you must be read your rights. Some policemen will attempt to bill a simple off-road-riding excursion as a multiple misdemeanor. If you are on private property, you have the right to ask the arresting officer who’s property you are on. If he can’t tell you where you are at the time, his citation may be worthless.

Here are some of the most common things listed on an off-road citation:
· Trespassing,
· Destruction of property
· No license on vehicle
· No green sticker (a California specialty)
· No spark arrester
· Fire hazards
· Noise violations
· Reckless operation of a motor vehicle
· Riding in a closed area
· Dust violations
· Destruction of the environment, and so forth.

Many of the violations will be phrased differently, but it’s safe to say that most citations will be covered in one of the above.

When you do get an off-road citation, the arresting officer can simply write down one offense, but if he has been directed to “crack down” on off-roaders, chances are you’ll see multiple offenses on the citation, some of them making no sense whatsoever.

The reasoning behind this is simple. The judge will drop, or offer to drop, several of the charges while you plead guilty to one of them. Most people are so intimidated by multiple offenses on a citation that they are relieved to “get off” with only one count.

WHAT YOU SHOULD DO IN COURT
If you feel that you should not have received the citation or that it might have been illegal, by all means, fight the ticket. However, if you were a real jerk and were riding next to some homes and bothering people, then pay the ticket and learn your lesson.

Normally, the first time you go to court, unless you plead guilty or no-contest, you will not get to fight the ticket. The judge will give you a later date to appear. This will vary from one jurisdiction to another, so find out ahead of time how your particular system works.

You should seek the advice of an attorney, even if he does not represent you in court. He can give you some solid advice just by looking at your citation and asking you a few questions. This will cost you some money, but you might be ahead spending the money on a lawyer, rather than merely paying what might be an expensive ticket. Some states will list the off-road citation on your driving record, perhaps jeopardizing your license, or raising your insurance rates for a long time to come.

Ideally, it’s best to have a lawyer with you. When you do appear before the judge, photos of the area where you were busted might be helpful, especially if they show the lack of signs. By the way, not all “No Trespassing” signs are legal. Your lawyer can explain local ordinances to you.

The judge might offer to drop three charges if you plead guilty to one. This could indicate that most, if not all, of the charges are weak.

Before you appear in court, find out who owns the land. It’s possible that you can get a written permission slip from the land owner to ride there, even if you have to pay him for it. Read that again: If you can show the judge a permission slip to ride on the area in question, you’re home free!

If it’s state land and you got a ticket from a city cop, he has no jurisdiction there, and the citation should be worthless.

Often, spark arrester and registration citations are worthless. Simply producing proof of ownership of the bike will stifle a possible charge. If some of the charges are ludicrous, demand that the arresting officer offer proof.

Destruction of property is a common citation, but if the riding area is a baked-dry piece of ground, and you have photos of it, the destruction charge could be dropped.

WHY YOU SHOULD FIGHT
Too many citations are taken for granted. The judge is not used to many people fighting a ticket. The courts are jammed and overloaded, and you might get the charges dropped if you show a willingness to fight for your rights.

Years ago, in the San Fernando Valley (in Los Angeles), hundreds of citations were issued to dirt bike and ATV riders in a big push, and they were processed like tuna in a canning factory. What if all of those off-roaders had chosen to fight the tickets?

Then think about this: in many courts, if the arresting officer does not show up, the charges are often dismissed.

Don’t make the mistake of assuming that the fine will be small enough not to hurt you financially. We’ve heard of off-road riding tickets that fell into the $500-800 range.

GENERAL ADVICE
If several riders got an off-road citation at the same time, you can split the cost of an attorney to make it more affordable. If you do go to court, make sure that you look presentable. Appearing in a cut-off Levi’s jacket with a Mohawk haircut will do you no good whatsoever in front of a judge.

Be polite and don’t mouth off or make groundless accusations. Be prepared and have whatever materials you need with you on your day in court. Maps, photos and letters will all lend weight to your case.

Listen to your attorney and don’t try to play Perry Mason. If he tells you that it’s hopeless and you should settle for one charge and the others will be dropped, do it. More often than not, only one charge is valid. Or possibly valid. The judge knows this.

Sure, it’s expensive and time-consuming to go to court and fight for your rights, but if the police realize that none of the off-roaders in your area will put up a squawk, they’ll continue to harass and bust the riders, right and left.

The best thing you can do is to take preventive measures. If you ride in an area, stay away from houses and people. “Out of sight, out of mind” is a valuable proverb.

Try to get permission from the land owner, even if it’s only verbal. Few land owners will be willing to give written permission, due to the sue-happy nature of our society.

Ride a quiet bike and don’t irritate anyone.

But if you do get busted, and you know you weren’t breaking any laws, fight it!