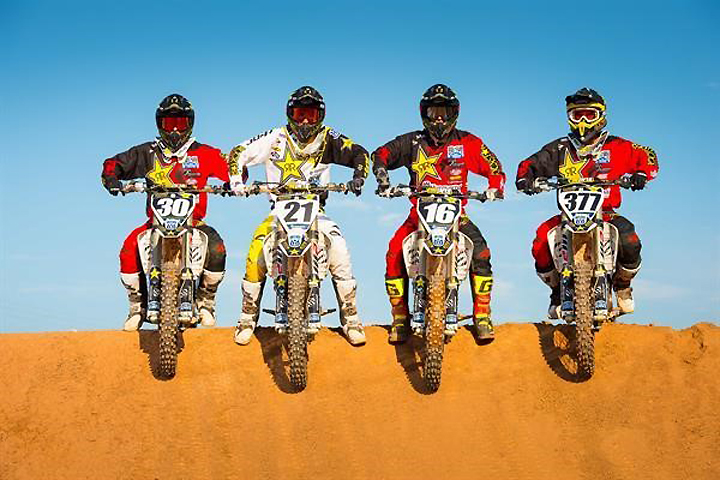 The following is from Rockstar Energy Husqvarna:

Rockstar Energy Husqvarna Factory Racing is pleased to release 2017 team photos featuring Jason Anderson, Christophe Pourcel, Zach Osborne, and Martin Davalos ahead of the opening event of the 17-round 2017 AMA Supercross series, which starts on January 7 at Angel Stadium in Anaheim, California.

Winner of the opening round of the 2016 Supercross series, Jason Anderson heads into 2017 looking to mix speed with consistency and challenge for the coveted 450SX title. Competing aboard his #21 Husqvarna FC 450 Anderson will lead Rockstar Energy Husqvarna Factory Racing in the Blue Ribbon 450SX class. 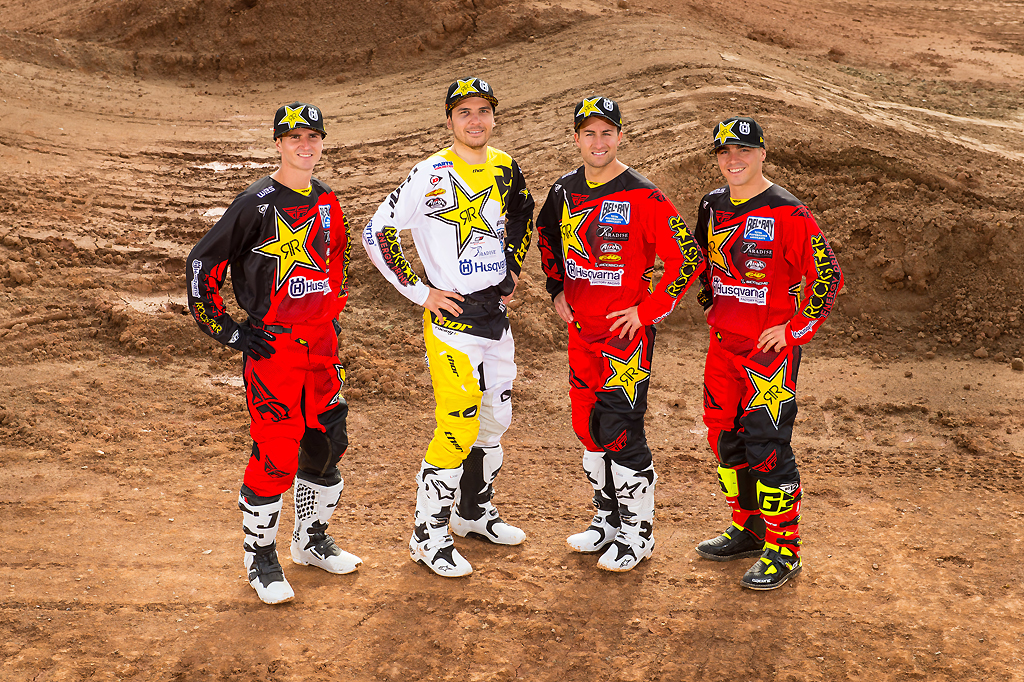 Competing alongside Anderson, #377 Christophe Pourcel will battle the world’s best in the 450SX category as the talented Frenchman bids to improve on his 2016 championship result.

Representing Rockstar Energy Husqvarna Factory Racing on the highly-competitive 250SX West series Martin Davalos is determined to improve on his 2016 result of fourth in the 250SX East championship. Faced with eight grueling rounds of Supercross racing before the East vs West shootout in Las Vegas on May 6, Davalos is hopeful of improving on his two winning performances in 2016 and challenge for the title.

Competing in the 250SX East series aboard his #16 Husqvarna FC 250 Zach Osborne switches coasts with teammate Davalos for 2017. Fourth and just a handful of points from the championship podium in 2016 following five visits to the podium, Osborne will get his racing underway on February 18, in Minneapolis.