The first pair of off-road boots I bought when I started riding dirtbikes were some entry-level Alpinestars Tech 3s. The low price and the relative flexibility compared to others on the market made them a great choice for a newbie. I remember how little I could feel in those when I started using them and how foreign the experience felt to me entirely.

After falling ass over tea kettle, both literally and figuratively, for off-road riding, I decided to invest in some more protective higher quality boots, after all, I had quickly learned this kind of riding meant I would be falling… a lot. That was a few years ago, and until I picked up the Sidi Crossfire 3 TAs, I hadn’t experienced a great balance of protection and flexibility. For the technical riding I like to do now – also the reason I recently bought a 250cc 2-stroke – the Sidi Crossfire 3s have been my go-to boot when heading out for some gnarly enduro riding.

The Sidi Crossfire 3’s base is made from a material Sidi calls “technomicro” microfiber. That would be the white material seen behind panels of plastic. The material looks and feels similar to leather however it is said to be lighter, more durable, and is less resistant to degradation from water.

The Crossfire 3 boots do use a fairly substantial amount of plastic, which covers the majority of the boot. However, most of the plastic is quite pliable and thin in some areas, keeping weight down and allowing for a surprising amount of flexibility. A key component to the Crossfire 3s, in addition to many other boots in Sidi’s lineup, is the ability to replace parts of the boot easily. Everything from the calf plate and shin plate to the hyperextension block and metatarsus plate can be easily replaced by removing small fasteners found throughout the boot.

The “TA” associated with this model stands for Traditional Application. This refers to the outer sole of the boot, which is stitched on like folks have been doing forever. Sidi also offers the Crossfire 3 in an SRS (Sole Replacement System) model which allows users to easily replace the sole by simply removing the four fasteners holding it on. This is a convenient feature, particularly so if you use footpegs that are the equivalent of a bear trap, in which case you may be wearing the sole of your boot out faster than normal. For me, the TA fit the bill as I was told it would offer better feel, which was the entire reason I had been interested in moving out of the stiff motocross boots I had been using to begin with. Sure, when the soles need to be replaced I’ll be taking the boots to my local cobbler, but that doesn’t bother me.

The four-strap closure and adjustable calf system also allow for a really nice snug fit. The straps are easy to use and though I haven’t had a broken buckle, the use of plastic (the yellow part) makes me a little uneasy, as they tend to flex a bit when being locked down. There are little plastic ramps underneath each one so the buckle doesn’t take the brunt of the impact during a slide, and even if you did manage to break one, they too are easily replaced via a single fastener.

The adjustable calf system is there so folks with big ‘ol calf muscles and/or those using knee braces can easily get a secure fit. Behind the calf plate and shin guard are two holes for the fasteners to attach to. In the wider open position, users get three extra centimeters to work with. I use knee braces, and while I don’t have overly large calves, I was able to leave the Crossfire 3 boots in their standard position.

The technomicro base of the boot is lined with Cambrelle – an industry-leading footwear liner that excels in moisture management by wicking and drying extremely well. The upper liner is made from “Air Teflon mesh” which is a tougher more dense liner that also wicks away sweat and dries quickly. The Air Teflon mesh on my pair show no signs of wear after countless miles of use and abuse while using knee guards. 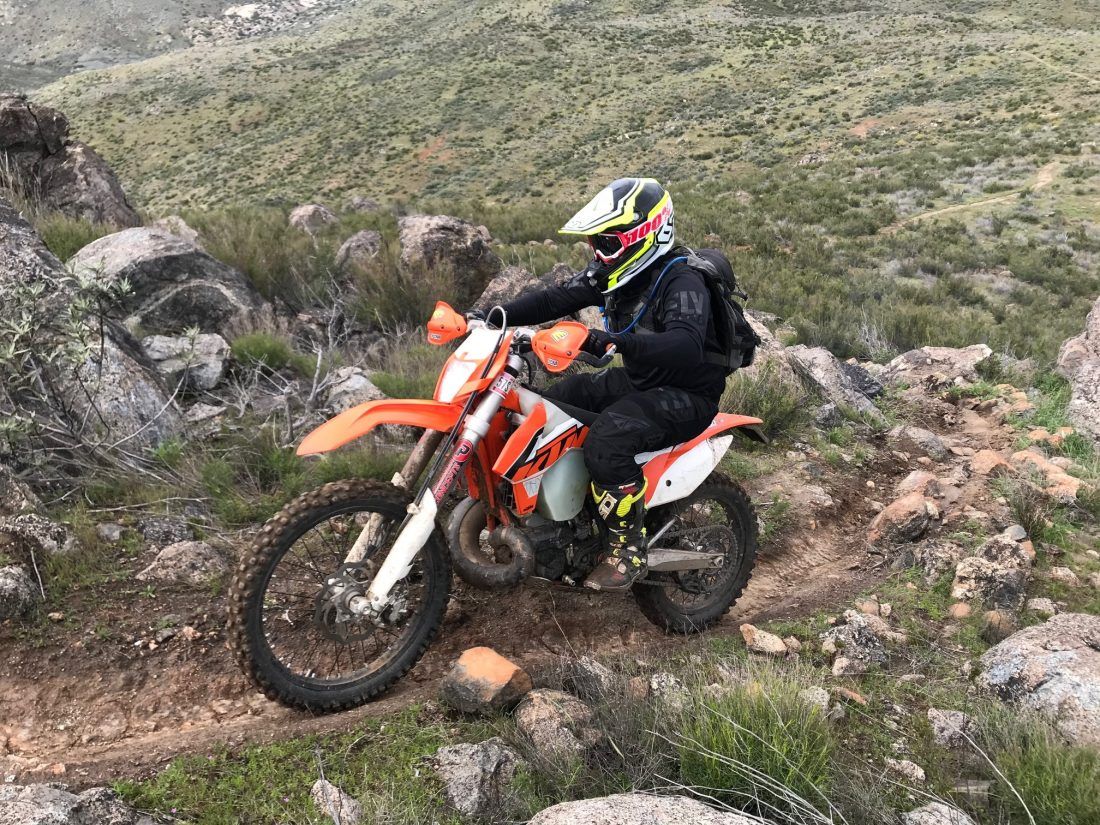 My Sidi Crossfire 3s have been used for day rides and week-long trips, and I still enjoy slipping into them every time. The amount of mobility I have in them has caused me to relegate them to mostly tight and technical riding, but I would still happily use them any time. That being said, there was a speedbump in our relationship early on that nearly had me writing them off.

The second time I had the chance to wear the Crossfire 3’s was during a day ride full of hill climbs with names like “the Widowmaker,” lots of sand and ridgelines that snaked their way through the desert. On my way up one of the less picturesque and rutted ridges, I managed to slip into a particularly deep rivulet. With my foot in front of the footpeg in the rut with me, I came to a sudden halt as my foot got stuck with the footpeg finding its way into the nice soft unarmoured portion of technomicro on the back of the heel. It hurt, I knew I hadn’t blown out my Achilles’, but after the ride, I was frustrated with the lack of protection at the time. But, as things go in motorcycling, it’s always a balancing act of mitigating injury and retaining mobility. Every other boot in my closet has a massive plastic guard down the Achilles’ tendon, but none of them offer the flexibility of the Crossfire 3.

Again, I’ve been using these boots on technical trail rides for more than a year, and until my last three-day ride out in the desert, they had suffered no issues. At some point during that ride, a stick or rock or some sharp pointy desert plant managed to rip out one of my straps. Given that I find myself riding “no-trackers” about half the time I have them on, I’d say that was bound to happen at some point. I have a few on order and will have a back up next time.

I’ve also noticed that, after all that time, the insoles have begun to curl up once they dry. That leads me to mention the fit. I ordered the Crossfire 3 in size 44 (US 10) as that has been my size in multiple other brands. In retrospect, I think I would’ve sized down to a 43. It’s close though. After I throw in some new thicker insoles, I think I’ll be fairly comfortable with the sizing. Also, in terms of width, I found these pretty neutral.

For me, the Sidi Crossfire 3 strikes an impressive balance between mobility and protection. While I got a firsthand taste of that balance my second time out, I’ve since come to really enjoy these boots. Next time around, I’ll order a 43 and maybe some extra straps so I don’t have to leave them sitting if I lose one.

It’s interesting to take point of the balance Sidi uses in the production and design of its top-level motocross boot. Unlike the Alpinestars Tech 10 or TCX Comp Evo, the Crossfire 3 is much less stiff and puts a priority on flexibility rather than all out protection. The Sidi Crossfire 3 is available in six colors (whereas the SRS version has nine color options) and retails for $525.

Shop for the Sidi Crossfire 3 here