SNOWSHOE, W.Va. (June 26, 2017)–Snowshoe Mountain hosted the eighth round of the 2017 AMSOIL Grand National Cross Country (GNCC) series presented by Maxxis, an AMA National Championship, this past weekend, June 25. The rough and rugged conditions created a grueling track for the AMSOIL Snowshoe GNCC that lived up to the nickname of “America’s Toughest Race.” After three hours of intense racing it was N-Fab/AmPro Yamaha’s Ricky Russell taking home the coveted win – marking his first ever GNCC overall victory.

The unique live engine start, modeled after the famed Blackwater 100 race, treated SRT/KTM’s Steward Baylor well. He jumped out to the early lead, with Ricky Russell in tow. As they approached timing and scoring for the first lap, it would be Ricky Russell leading the way through the West Virginia woods.

As the pros tackled the western territory of the mountain, Ricky Russell continued his lead through the FMF Powerpoint. His teammate, Josh Toth, used a first-row start to his advantage where he was riding in a podium position physically and learning the ways from the other XC1 Open Pro racers. Meanwhile, Rockstar Energy/Factory Husqvarna Racing’s Thad Duvall was busy pushing his way through the pack after a sixth-place check-in on the first lap. The lead changed on the third lap when FMF/KTM Factory Racing’s Kailub Russell moved into the front, with Duvall and Ricky Russell behind him.

Ricky Russell checked through timing and scoring for the third time with no goggles, but the Washington State native’s demeanor was calm and collected as he rode his way to a pit stop for fresh goggles and a splash of gas. The Russell duo, Duvall and Toth remained in close proximity for the first half of the race.

The infamous Howard’s Hole played out to be the turning point in the Snowshoe GNCC, where all three front runners took a different line. Unfortunately for Kailub Russell, his selection wasn’t ideal, and both Ricky Russell and Toth got around him. The N-Fab/AmPro Yamaha teammates continued leading the way, while Duvall consistently rode in third. Not much changed between the podium contenders once the two-lap board came out. Ricky Russell raced his way to his first-ever overall victory atop of Snowshoe Mountain.

“I really have no words,” Ricky Russell said. “I’ve been close, but not like this today. We were going back and forth all day, and it was a good race. I had one side of the mountain dialed, but the other side, toward the end, I was struggling with the mud. I’m just at a loss for words, it’s awesome.”

Beta USA’s Jordan Ashburn put forth an impressive ride, where he finished just off the XC1 Open Pro podium, and fifth overall, after starting outside of the top 10. After leading the first lap on adjusted time, JCR Honda’s Trevor Bollinger maintained a steady pace to finish the race in sixth overall. Rocky Mountain ATV*MC/KR4/ Husqvarna’s Grant Baylor and SRT/KTM’s Steward Baylor followed in seventh and eighth overall. RPM/KTM’s Chris Bach rounded out the top 10 overall.

The 1 p.m. race was broadcast live in its entirety on RacerTV.com and can be viewed as an archived video now by visiting the GNCC LIVE page online. A highlight show featuring the event will air Saturday, August 26 at 7:00 p.m. on the NBC Sports Network.

For more information on the series, visit the official website at www.gnccracing.com. 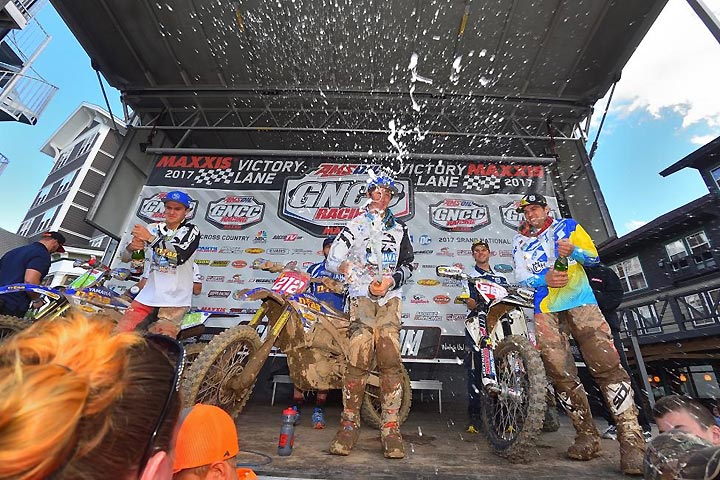 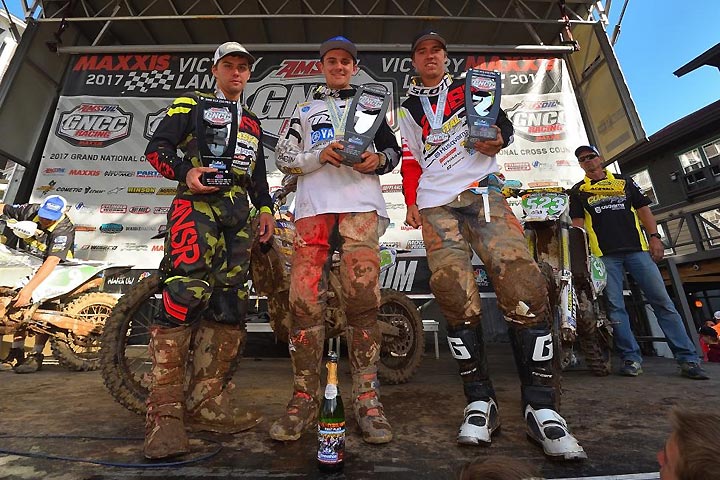