Brea, Calif, (August 2, 2017)–Suzuki Motor of America, Inc. (SMAI) today announced the formation of the Autotrader/Yoshimura/Suzuki Factory Racing Team. The newly formed team will compete in the Monster Energy AMA Supercross and Lucas Oil AMA Pro Motocross Championship Series in both the 450 and 250 classes. The team is an expansion of the current relationship between Joe Gibbs Racing (JGR) and Suzuki, and will operate as the primary factory level effort. The JGR team takes over the reigns of the Suzuki Factory effort following the announcement that RCH/Yoshimura Suzuki will be disbanding at the end of the 2017 racing season. 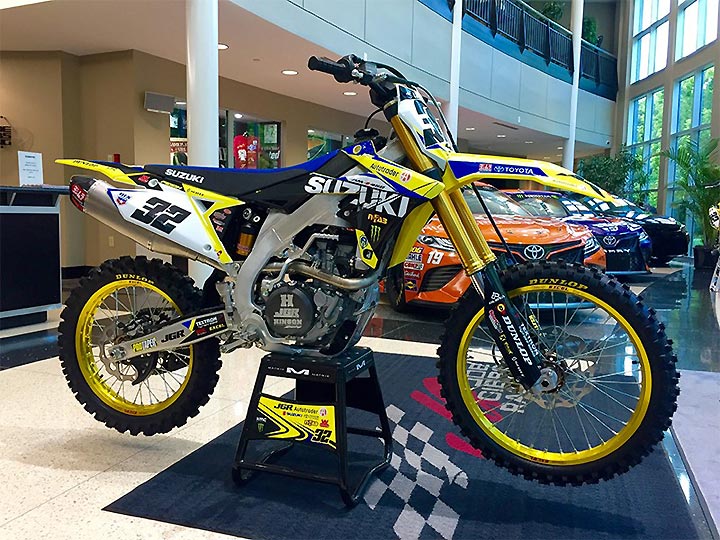 Kerry Graeber, SMAI’s Vice President of Sales and Marketing, commented on the next step in the company’s ongoing goal of expanding its business. “Racing is an important part of our effort to sell off-road products, and we’re looking forward to an even stronger relationship with Joe Gibbs Racing,” said Graeber. “JGR is one of the most well-respected operations in racing. They share our vision of building a top-level team with elite athletes competing for championships.”

Suzuki is in the midst of redefining its motocross brand through grass roots racing and a more clearly defined path for riders to progress through the ranks of racing from amateur to professional. The company launched the RM Army initiative in 2016. Riders competing on Suzuki RM-Z450, RM-Z250, RM85 and RMX450Z race bikes are eligible for support under the RM Army umbrella. That support includes over $6 million worth of contingency money, trackside technical support, and the chance to ride with one of the greatest riders of all time, Ricky Carmichael, at Camp Carmichael. 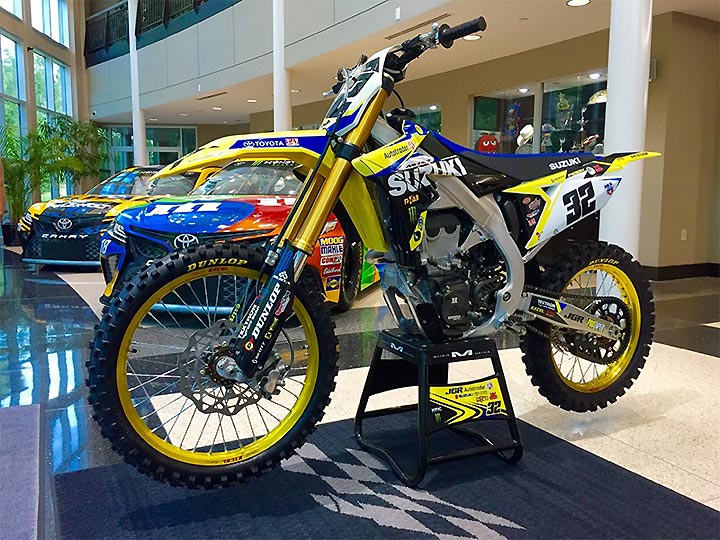 “JGR is very excited to deepen our partnership with Suzuki and Yoshimura,” said team owner Coy Gibbs. “The JGR crew has worked extremely hard to get into position to win championships, and this new effort and structure cements that championship-winning philosophy. We now have the right tools to lead the RM Army into battle. We are excited and ready to get the job done on every level.”

JGR will also develop and market performance parts for Suzuki’s line of motocross and off-road products.

The Autotrader/Yoshimura/Suzuki Factory Racing Team will make its debut at the opening round of the 2018 Monster Energy AMA Supercross season on January 6, in Anaheim, Calif.