The T-Race Diabolika is really a zero emission street bike that combines attributed of the company’s Cross, Enduro and Rally versions equipped with 19-inch wheels and carbon-kevlar bodywork. Its electric asynchronous three-phase induction engine is powered by LI-PO Lythium polymer batteries, with the power transmitted through a five-speed gearbox. 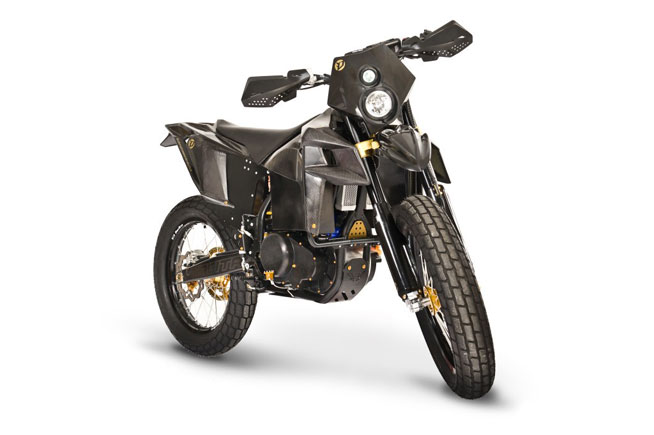 The T-Race Diabolika is Tacita’s answer to customer requests for a “flat” bike. Company founder Pierpaolo Rigo designed the two-seat Diabolika to have a lower seat compared to its other models, giving it a race styling via its carbon-kevlar bodywork. The result, the company says, is a street bike that is original and aggressive, but at the same time silent and eco-friendly thanks to its electric engine.

“Its black livery in carbon-kevlar, its stylish and aggressive lines–as well as the feeling that you get when you ride the T-Race Diabolika, inspired me,” Rigo said.

For more information on the Tacita line of electric motorcycles, visit www.tacita.it.