The following is from Yamaha Motor Corporation, regarding the Ténéré 700 World Raid prototype unveiled at the EICMA motorcycle show in Milan, Italy, November 6.

Commitment to Adventure
Having pioneered the development of rugged, lightweight dual-purpose motorcycles back in the 1970s, Yamaha has always had a close relationship with the Adventure segment.

Developed from the legendary Dakar Rally winning race bikes, models like the original Yamaha XT600Z Ténéré opened up the possibilities of long distance exploration to every rider. With their durable designs, long range fuel tanks and unrivalled reliability, the first generation Ténéré models became some of Yamaha’s best-selling motorcycles, and helped to ignite worldwide interest in a whole new movement.

Following the outstanding success of the original air-cooled adventure bikes, the Yamaha Adventure lineup continued with models like the XTZ750 Super Ténéré, as well as the XTZ660 Ténéré – both of which became recognized as the definitive adventure bikes of choice for long distance riders who wanted performance, quality, durability and reliability.

The original Ténéré spirit has never gone away, and Yamaha’s commitment to the Adventure world remains as strong as ever.

Since T7 broke cover a year ago, it has experienced unprecedented levels of attention all over the world. Wherever the bike has been displayed, there have been crowds of eager riders waiting to see it and touch it, and videos of the T7 concept have attracted millions of views. 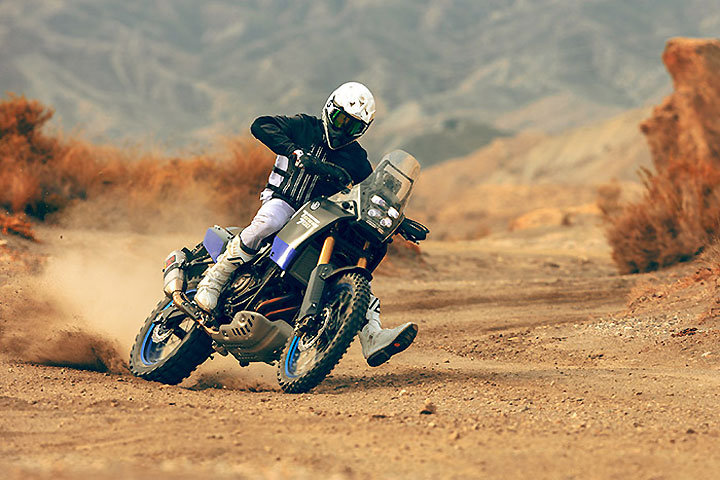 Ténéré 700 World Raid Prototype–Chasing the Next Horizon
Inspired by the remarkable levels of worldwide interest generated by the T7 concept, Yamaha has created the Ténéré 700 World Raid, a prototype model which is being used to develop the final specification of the production model.

Featuring the rugged rally-inspired character of the original T7 concept bike, and developed using the information gained from intensive testing of the T7 during 2017, this lightweight adventure bike is unlike anything else currently offered. 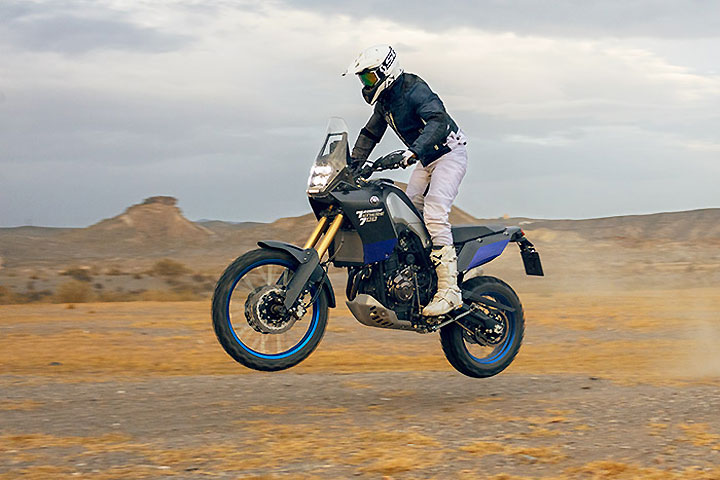 In contrast to many models available today from other brands, the Ténéré 700 World Raid’s low weight and slim chassis give excellent off road performance for more extreme riding in a wide variety of terrain – and its compact 689cc crossplane concept 2-cylinder (CP2) engine delivers a wide band of tractable and easy to use power that make it ideal for on and off road adventure riding.

This motorcycle knows no bounds, and is designed for riders with an active attitude who yearn for the feelings of total freedom associated with adventures on two wheels. Designed with Yamaha’s rally winning DNA, the motorcycle that captures the genuine Ténéré spirit is just over the next horizon. 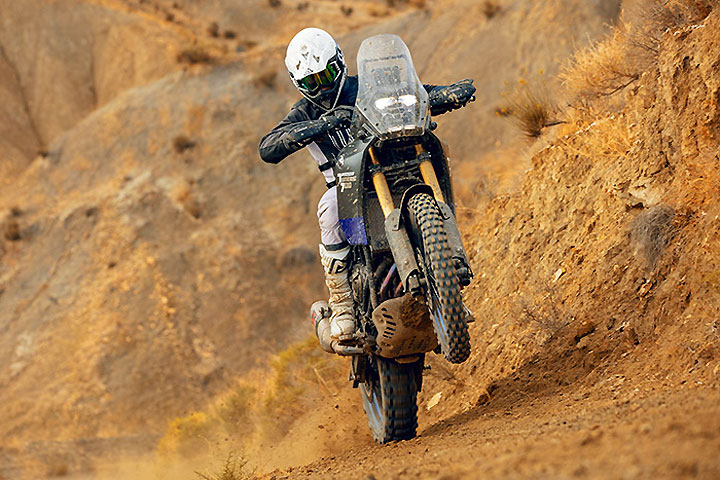 With its compact design and linear torque delivery, this specially developed version of our highly acclaimed CP2 engine gives plenty of power for strong performance on the tarmac and dirt, while its mass-centralized layout and low weight contributes to the bike’s agile handling characteristics. The prototype also features a custom-made rally-style Akrapovič exhaust that reinforces the bike’s rugged looks and delivers a deep and powerful tone. 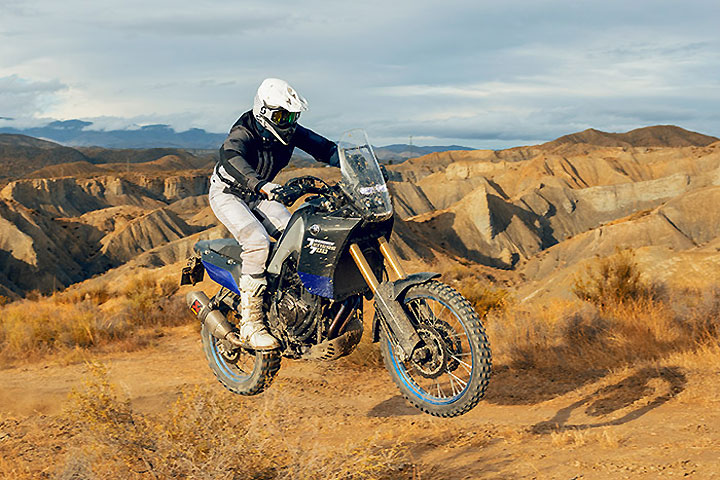 The steel chassis has been reworked and improved in key areas in order to achieve optimized on road and off road handling, and features capable upside down front forks and a monoshock rear that are designed to perform well in all conditions.

The Ténéré 700 World Raid features the same rugged-looking rally bike silhouette as the T7, with a number of fine tunings, such as a lower seat height, that make the future production model accessible to a wide range of adventure riders.

The fuel tank has been developed to give a useful range between refills, while at the same offering excellent ergonomics and contributing towards the machine’s low weight.

Carbon fiber is used for the side panels, front fender and the one-piece rear tail, and the cowl is equipped with a Dakar Rally machine inspired 4-projector headlight assembly.

The cockpit area is designed to enable the rider to locate additional equipment such as navigation devices, and this exciting adventure bike features the T7-inspired color scheme, with Racing Blue and carbon fiber bodywork.

During this special World Raid, a team of Yamaha riders will take on a number of tough adventure stages across the globe, enabling Yamaha fans in America, Australia, Africa and Europe to see, feel and hear the future of adventure riding.

To find out more about the Ténéré 700 World Raid, visit https://www.yamahamotorsports.com/adventure-touring/pages/yamaha-tenere-700-prototype.

To view the T7 concept that was introduced last year, visit https://www.yamahamotorsports.com/adventure-touring/pages/yamaha-t7-concept.

More information related to all Yamaha products can be found at https://www.yamahamotorsports.com. 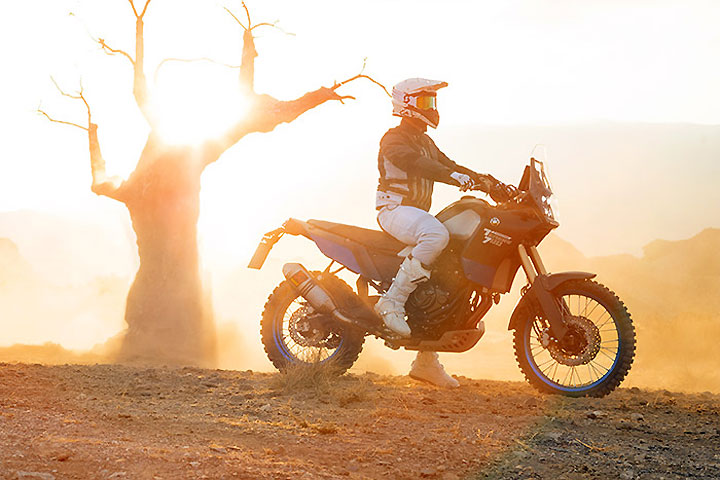 Headquartered in California since 1960, YMUS also has facilities in Wisconsin and Georgia, as well as factory operations in Tennessee and Georgia. For more information about Yamaha, visit www.YamahaMotorsports.com.