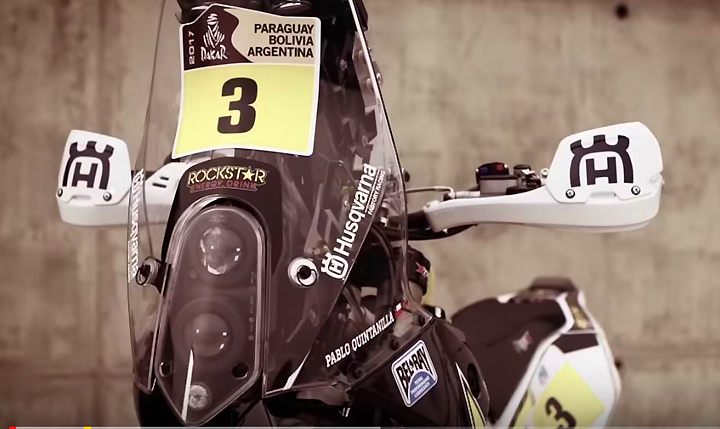 The following is from Husqvarna Motorcycles GmbH:

The world’s toughest offroad event gets underway on January 2, 2017 with Quintanilla and Renet joining 144 other motorcycle riders as they set out from Asunción to welcome Paraguay as the 29th country to be included in the Dakar program. Twelve demanding stages then take them on to Bolivia and Argentina, offering many brutal new challenges along the way. Quintanilla and Renet will also encounter weather condition varying from freezing temperatures to a blistering 50°C, and vastly different, and very challenging terrain–from dunes to plains and grasslands, river crossings, rocks and the daunting Andes mountains. The 12 stages cover nearly 9000 kilometers, including more than 4000 kilometers of special timed stages. There will be one marathon stage where riders will fend for themselves with no mechanical or team support at the overnight bivouac. During the 12 stages there will be just one rest day, in La Paz, before the rally concludes in Buenos Aires on January 14.