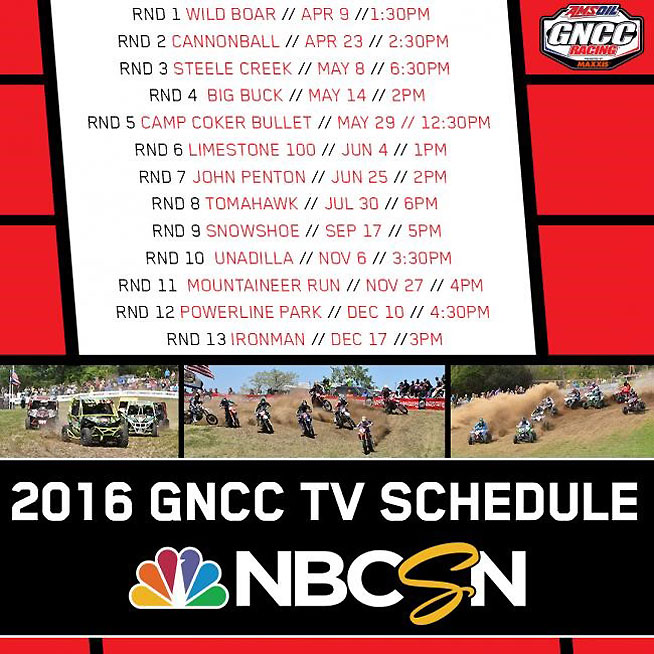 The Moose Racing Wild Boar GNCC kicks off the season’s broadcast coverage on April 9 at 1:30 p.m. EST, and NBCSN will air highlight shows of all 13-rounds. Programming will continue until December 17 with the AMSOIL Ironman GNCC airing at 3 p.m. EST. Repeat shows will air sporadically throughout the year, time permitting. The 2015 series received 33 repeat airings in addition to the 13 premier episodes, reaching a total of 2.1 million viewers. 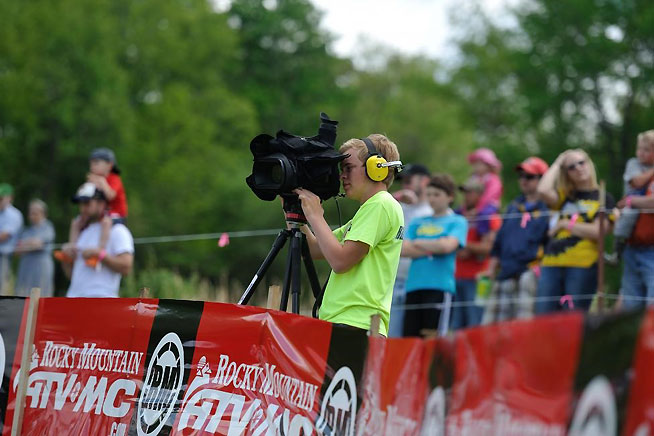 GNCC LIVE streaming returns with live coverage of all 13 Pro races. Racer TV will also produce an additional 13 different 30-minute highlight episodes that will be available on RacerTV.com. For more information on the series, visit the official website at www.gnccracing.com or call 304-284-0084.

The AMSOIL Grand National Cross Country Series presented by Maxxis, was founded in 1975. The 13-round championship is produced exclusively by Racer Productions. The challenging three-hour GNCC races lead as many as ,000 riders through tracks ranging in length from eight to 12 miles. With varied terrain, including hills, woods, mud, dirt, rocks and motocross sections, GNCC events are tests of both survival and speed. The series draws talent from all over the U.S., Europe, Japan, Australia and New Zealand.