What In The World Is Travis Pastrana Up To Now? 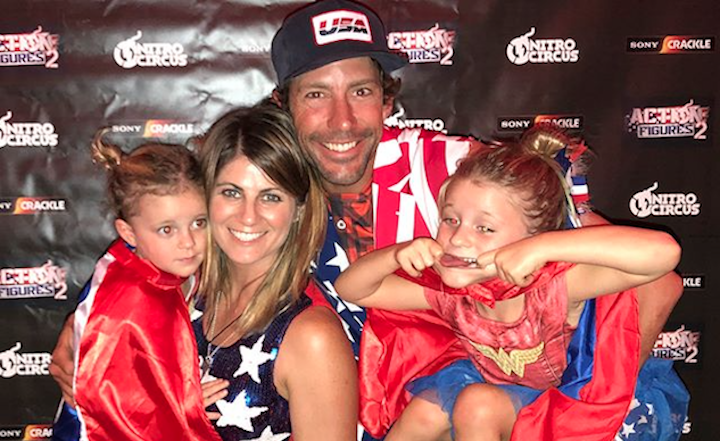 Travis Pastrana is a psycho, seriously, but in the best way possible. He’s also one of the most genuinely nice human beings out there. There are few other people in this world who can seemingly bend the laws of physics to their will like he can, and then bounce off the ground like a basketball (or sack of potatoes) only to get up and do it again when things don’t go as planned. He’s revolutionized the sport of freestyle motocross, and all the other action sports he’s tried. From skydiving and base jumping, back flipping and front flipping motorcycles, to racing rally cars and demolishing anything in his path, all the while somehow managing not to die – there’s no end or limit to Travis’ abilities or creative ideas. He just landed this one trick – I don’t even think there’s a name for it yet, but it could easily be called the “what the fuuuh…” – and all the spinning and twisting while back flipping through the air, several stories above the ground is enough to puzzle even a Rubik’s Cube wizard.

See what I mean?

We’ve had the pleasure of hanging out with Travis and his crew over the past month as he’s been preparing for his Evel Knievel world record tribute jumps in Vegas this Sunday. We’ll be there in person as Travis attempts three jumps over the Caesar’s Palace fountain, 16 Greyhound busses and 52 cars. One way or another, history will be made, and you can watch it all unfold live on the History Channel, 5pm Pacific, 8pm Eastern.

We also got to attend a special world premier with Travis at Red Bull HQ for his newest movie, Action Figures 2. He and the Nitro Circus crew elevate their shenanigans to a whole new level and it’s definitely a must see if you’re any sort of a motorsports fan, or if you like to see people do crazy shit. The Action Figures 2 trailer as well as a longer sneak peak can be watched below, but these clips only scratch the surface compared to happens in the movie. We hope everybody had a great Fourth and here’s to keeping the party going this weekend. Cheers!