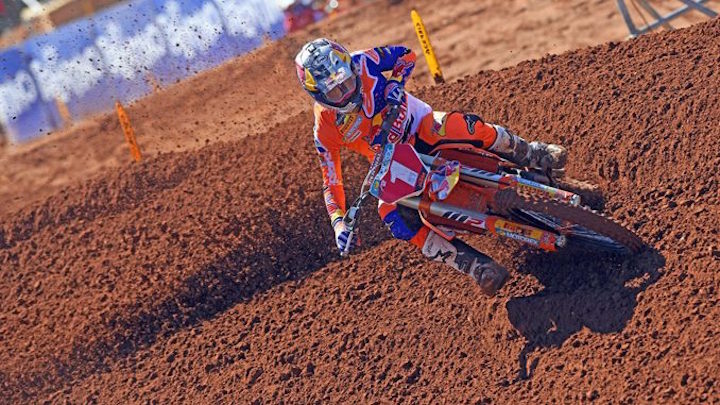 REDSAND, SPAIN – March 26, 2018 – The new “Redsand” track hosted an FIM Motocross World Championship race for the first time and the Grand Prix of the Valencian Community constituted the third round of the MXGP season. All Pirelli riders chose the SCORPION™ MX32™ Mid Soft as the best front tire, while the SCORPION™ MX SOFT was the popular pick for the rear on the Spanish course and allowed domination of the Grand Prix in both classes. The results stretched through the weekend with Tim Gajser winning Saturday’s Qualification Heat, Romain Febvre claiming the holeshot in race 2, and Antonio Cairoli as winner of both races. The new SCORPION™ MX SOFT proved to be competitive on different bikes and brands: factory KTM, Husqvarna, Honda and Yamaha teams use it regularly on sandy terrain like Redsand. 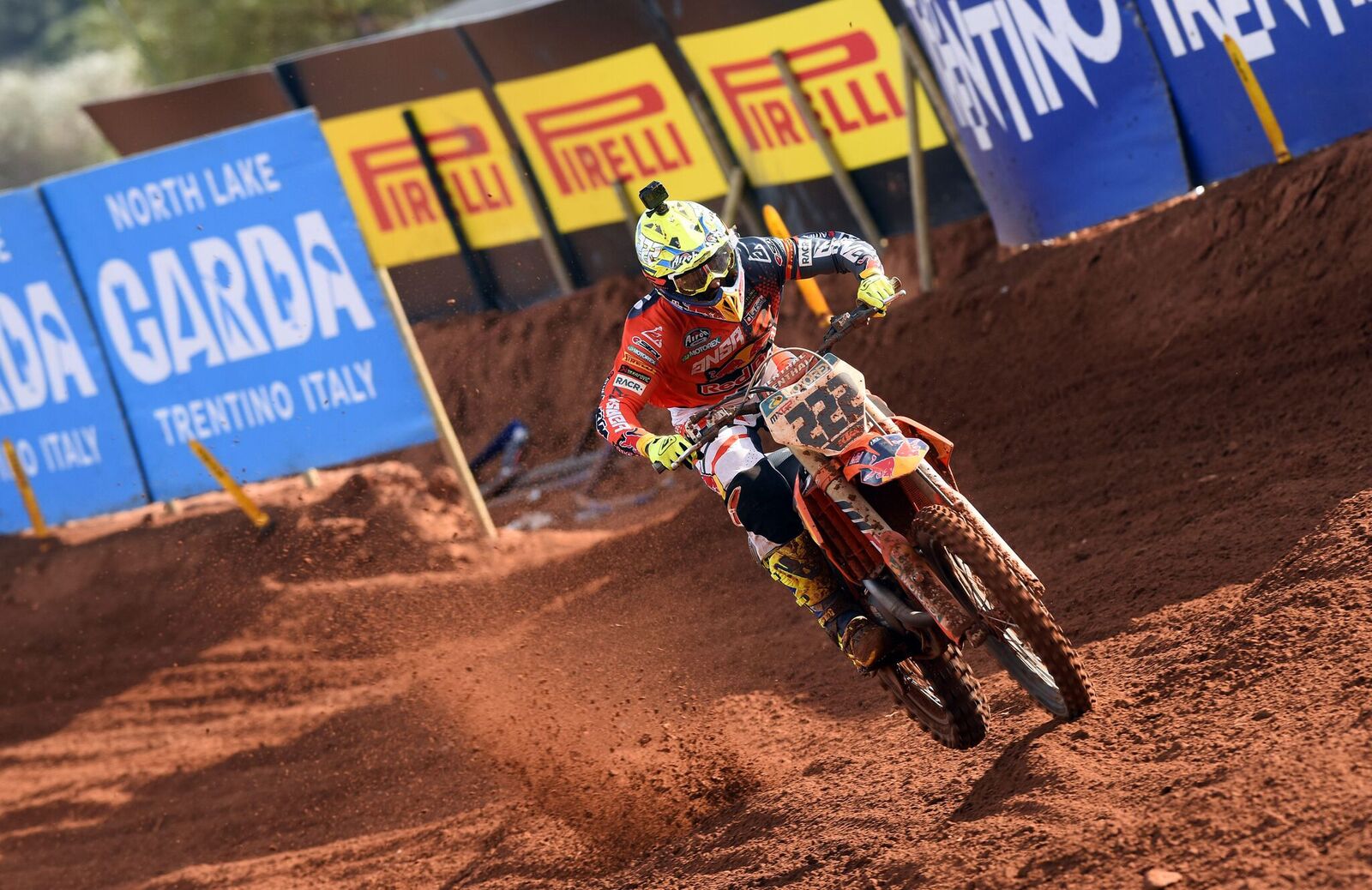 Cairoli claimed both motos in the MXGP class ahead of his teammate Jeffrey Herlings, moving his career total to 84 overalls and 166 moto wins. The nine-time world champion and the Dutch rider lead the championship standings with equal points. There was a also a strong performance by Romain Febvre who finished fourth but tied on points for the last podium spot. Gautier Paulin and Gajser finished in fifth and sixth place overall, respectively.

In the MX2 class, Pauls Jonass continues to be the benchmark for speed and results. The reigning champion won both races and heads the championship standings with a 30-point advantage over Thomas Kjer Olsen, who was third overall at Redsand. Jorge Prado was very fast at his home race and occupied the second step of the podium. Fifth overall was Australian Hunter Lawrence. 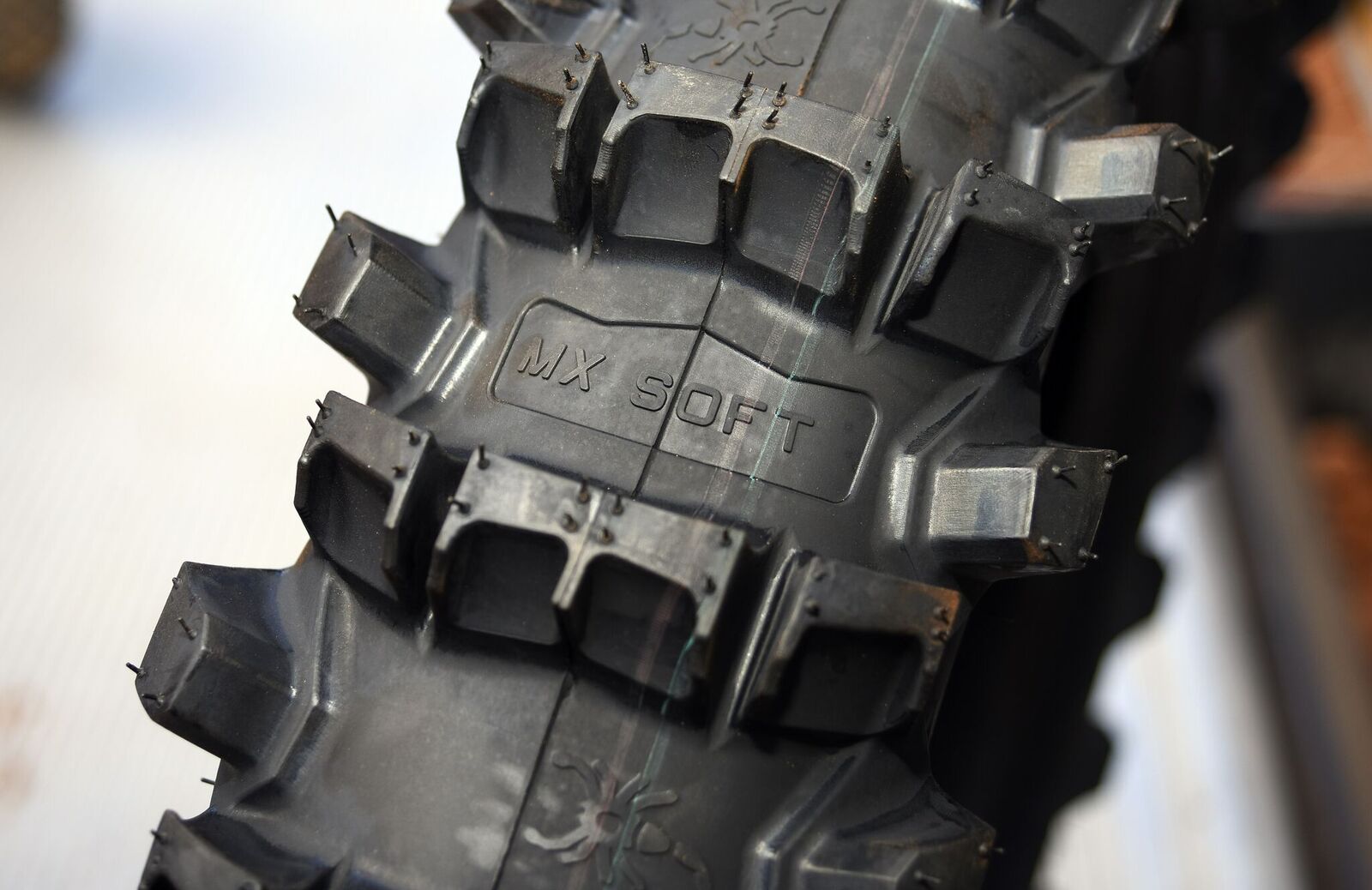 In two weeks time riders will tackle the “Grand Prix of Trentino” which will be hosted by the spectacular “Ciclamino” circuit of Arco di Trento, Italy.

Founded in 1872, Pirelli is among the largest global tire makers, and focuses its business on the high end, premium product segment where it is a world leader. Present in over 160 countries, Pirelli has 22 manufacturing sites and employs approximately 38,000 people around the world. Successfully competing in motorsports since 1907, Pirelli is currently the exclusive supplier of the Formula 1 championship, the Superbike world championship, and many other championships around the world.