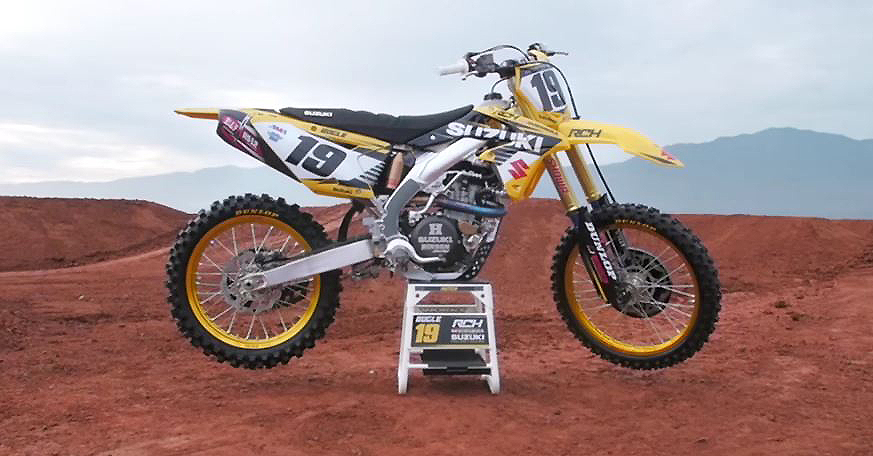 Bogle, the 2014 Monster Energy AMA 250 SX East Champion, makes the move to RCH after riding for Geico Honda. Hailing from Cushing, Oklahoma, he notched one top-five and six top-10 finishes during his rookie season in the Monster Energy AMA 450cc Supercross Series.
Tickle has spent the past four seasons with RCH. Last season, Tickle ran as high as fifth in points and was off to his best Lucas Oil Pro Motocross start since 2012 before being sidelined by injury suffered at the Millville, Minnesota round of the outdoor series.

“Broc has been with RCH since 2013,” RCH Racing co-founder Ricky Carmichael said in a press release that was issued to announce the team. “He’s one of the sport’s most respected veterans and one of those guys who gets better every year. We’re really happy to keep Broc in the mix at RCH and to bring him along with us as part of our Suzuki Factory effort. Justin won a championship in the 250 class and has shown great promise on a 450. We’re excited to see how quickly he meshes with Broc, the team, and our championship-winning Suzuki RM-Z450.”

RCH Yoshimura Suzuki Factory Racing is led by team manager Kyle Bentley. The 2017 edition of the team will make its debut January 7 at the Monster Energy AMA Supercross season opener in Anaheim, California.