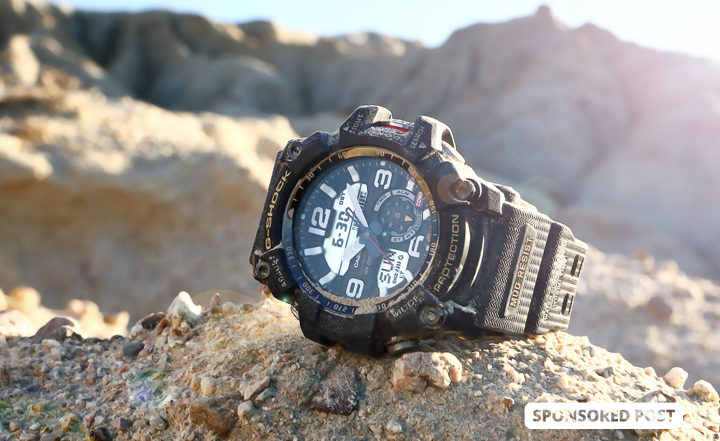 You may fancy yourself as something of a dirt king, but have you met the ultimate Mudmaster? This is a G-SHOCK watch born to take the dusty, rocky trail to glory and there’s no better watch capable of taking the shock of dirt jumps.

The G-SHOCK was first introduced by Casio in 1983 as a tough watch born to take the knocks, and capable of taking ‘big air’ drops of up to ten meters without sustaining damage. Very impressive, but as time passed the G-SHOCK engineers inevitably wanted more. 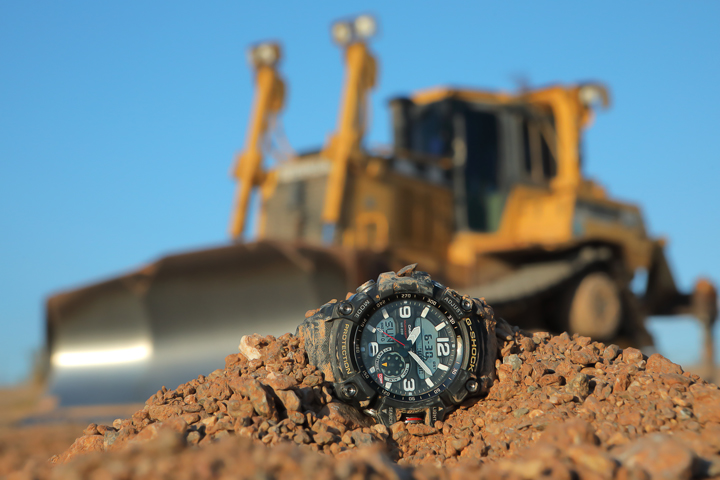 Just as you once started life as a back marker, G-SHOCK steadily graduated to watches like the G-SHOCK Mudmaster GG1000-1A and became a true trailblazer. This watch, unlike any other, really doesn’t get phased by fine dust and dirt that simply covers you head to toe as you land a perfect cliffhanger or take a hard dirt corner at speed.

The watch was purposely built from the get-go to prevent intrusion by sand, mud or dust and to ensure reliable operation in even the harshest environments. Its tough structure makes it the ideal tool watch for rangers, rescue crews and military, including special forces. 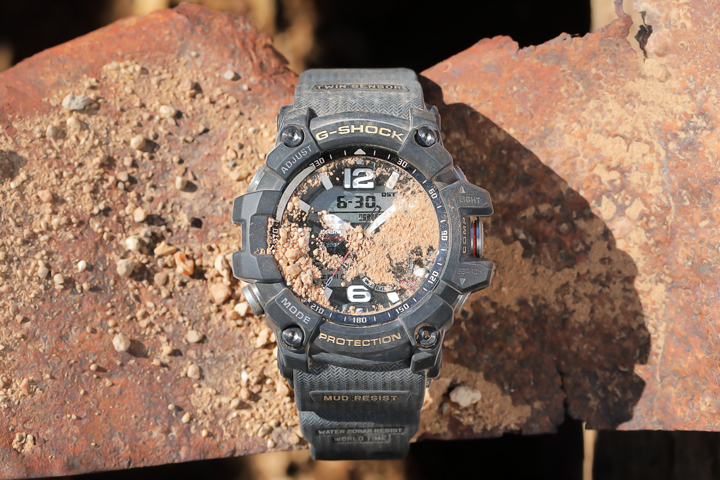 For dirt bikers used to doling out punishment on two wheels, it’s perfect because a cylindrical guard structure is adopted for all the buttons, and the cylindrical button shafts are fitted with gasket linings. This structure not only protects the buttons against intrusion by dust and mud, but also help to alleviate shocks.  In fact, the button size and knurling make it easy to operate with gloves and in wet or muddy conditions.

Plentiful shocks, falls and knocks which are inevitable for bikes on dirt tracks or off-road routes, are absorbed by a gel packed under and around the interior of the watch, while washers securing the lug screws help prevent vibrations from loosening the band. 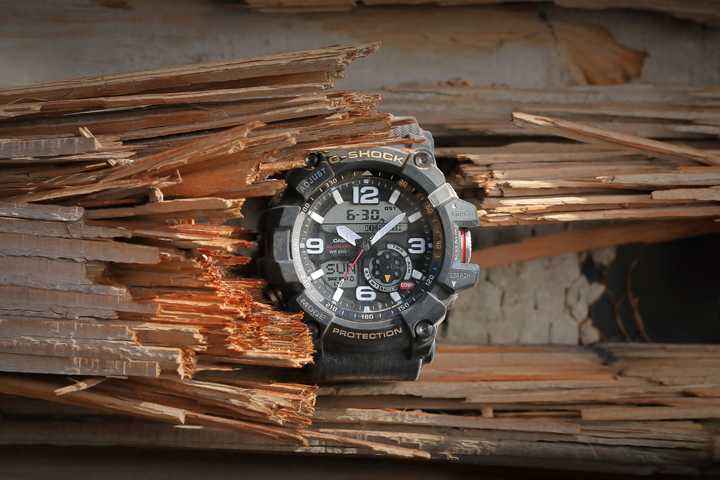 Apart from the way the watch performs, the watch looks great too, actually managing to look even cooler pelted with mud and sand. Its digital/analog readout make for easy, quick glance time telling on the go.

It’s also the ideal travel watch as it has a World Timer, a barometer, a digital compass, day and date, and ease of reading is assured with Arabic numerals positioned at 12, 3, 6, and 9 o’clock. By night or in dim light situations the face lights up with Super Illuminator, a high-brightness auto LED light to ensure high visibility under practically all conditions. 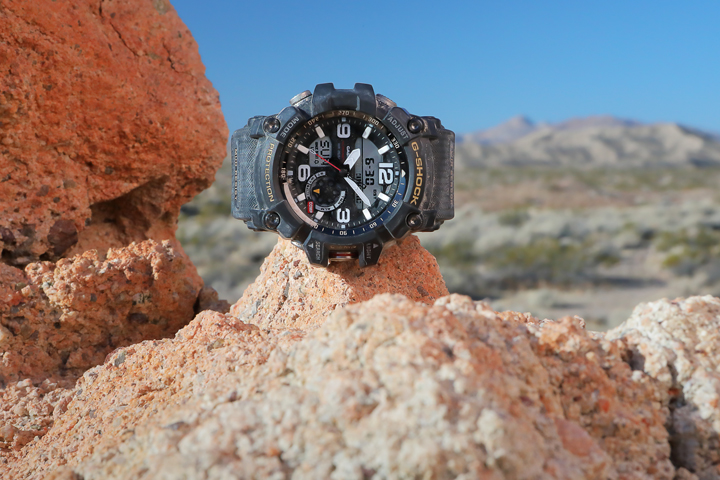 Its light and comfortable wrist presence enables you to focus purely on the trail. The Mudmaster also has Twin Sensors which enable instant access to direction and temperature whenever needed.

In fact, the only thing about the Mudmaster that is not extreme is the price: Just $320.00 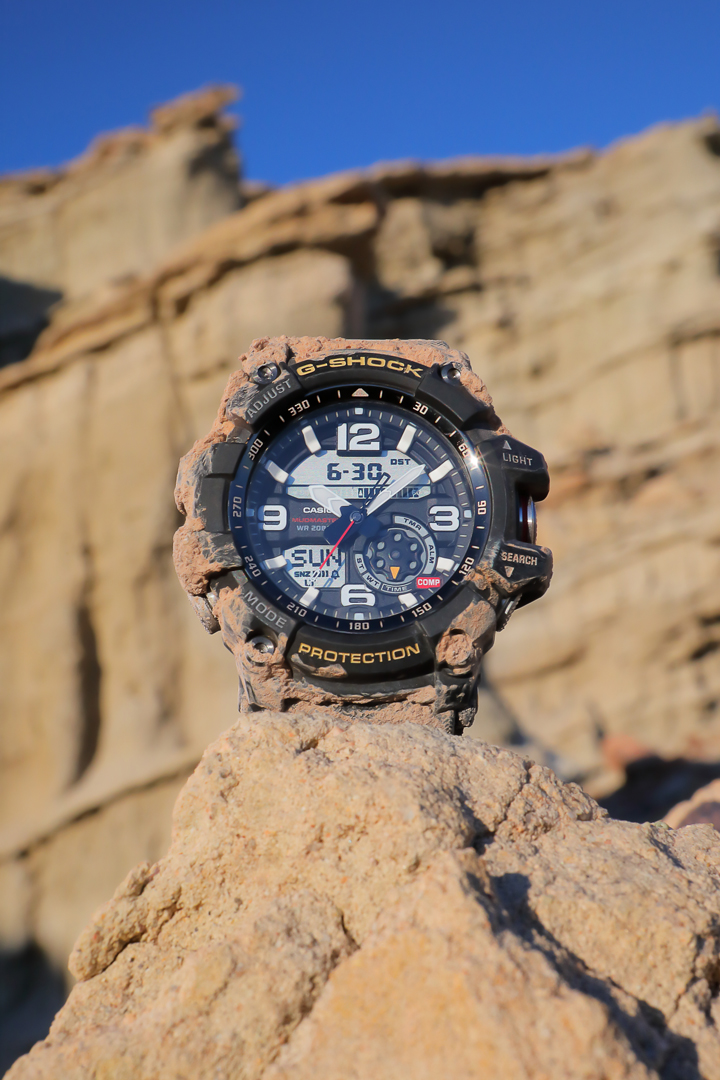