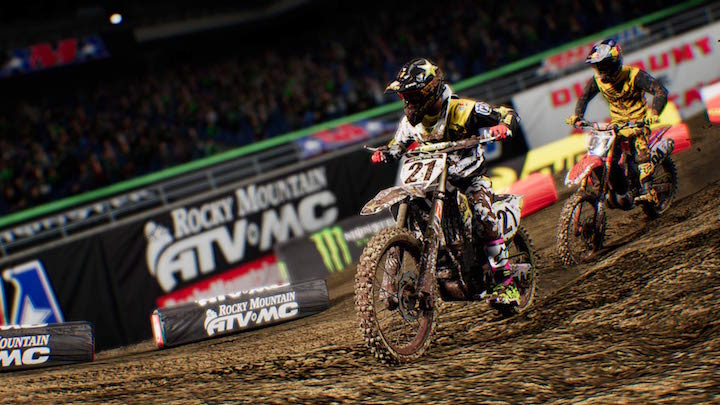 We live in a digital age. There’s just no getting around that one anymore. The analog days are largely behind us, and kids these days don’t even know what life was like before “High Definition.” There are dozens of dirtbike and motocross video games that have come and gone over the years as gaming consoles have improved and become more sophisticated. Currently, there are a bunch of great games out there with graphics that at a quick glance you might think were real. There are also games worth mentioning that have since gone the way of the dinosaur that older generations grew up playing.

We would prefer our kids play outside riding their real motorcycles or bicycles instead of sitting inside staring at the TV, but we realize that’s not always possible. On the bright side, playing dirtbike video games is far better to keep your kids engaged than following along with whatever the Kardashians are up to these days. Below are the best dirtbike video games currently out there, with some older honorable mentions as well. 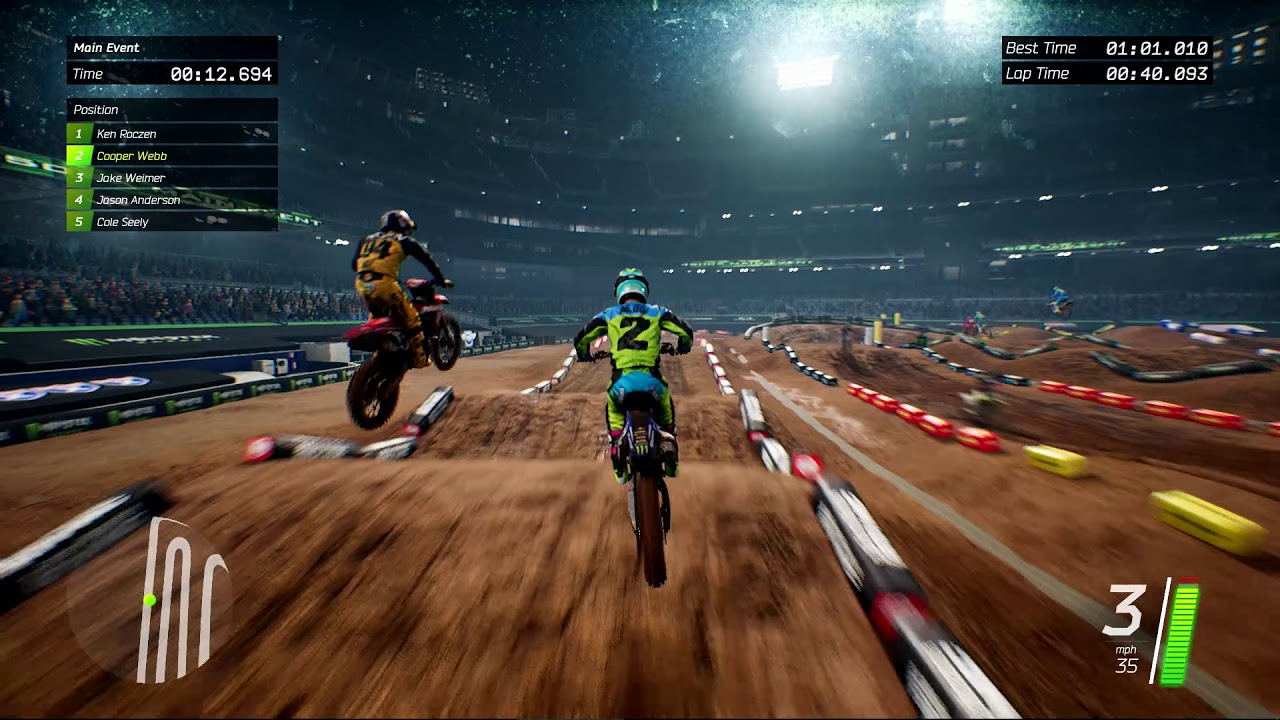 This is the newest and most realistic dirtbike racing video game available. You can race with or against over 60 of the sport’s most iconic racers and on real racetracks, with graphics that capture not only their own natural features and movements, but also the bikes’, as well. Controlling the bike is also more realistic and true from a physics standpoint as to how they handle and react in real life, unlike in older, less sophisticated games.

More info about the game and how to purchase can be found here. 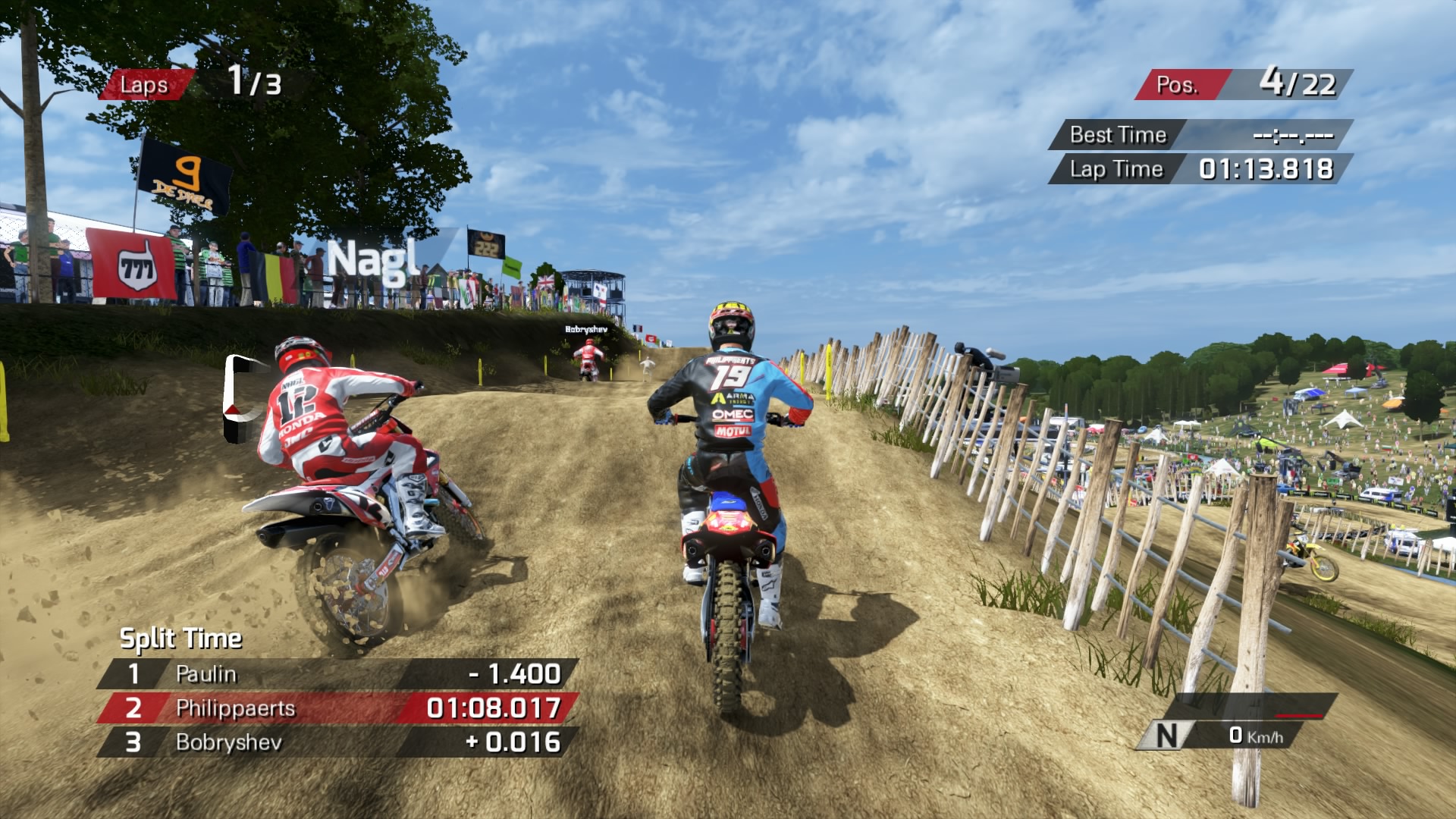 Where Monster Energy Supercross focuses on, well, Supercross, MXGP 3 is dedicated to motocross. The two games are very similar in graphics quality and the riding feels natural and true to what you could expect in real life. Everything from the riders’ gear to the bikes’ graphics are just how they look in real life. This game, as well as the one above, is sophisticated to the point where track conditions vary from lap to lap as lines get dug in. If it’s wet, it’s slippery. If it’s hot and dry, the track feels looser. You can even whip and scrub like the pros do.

More details about this game and how you can buy it here. 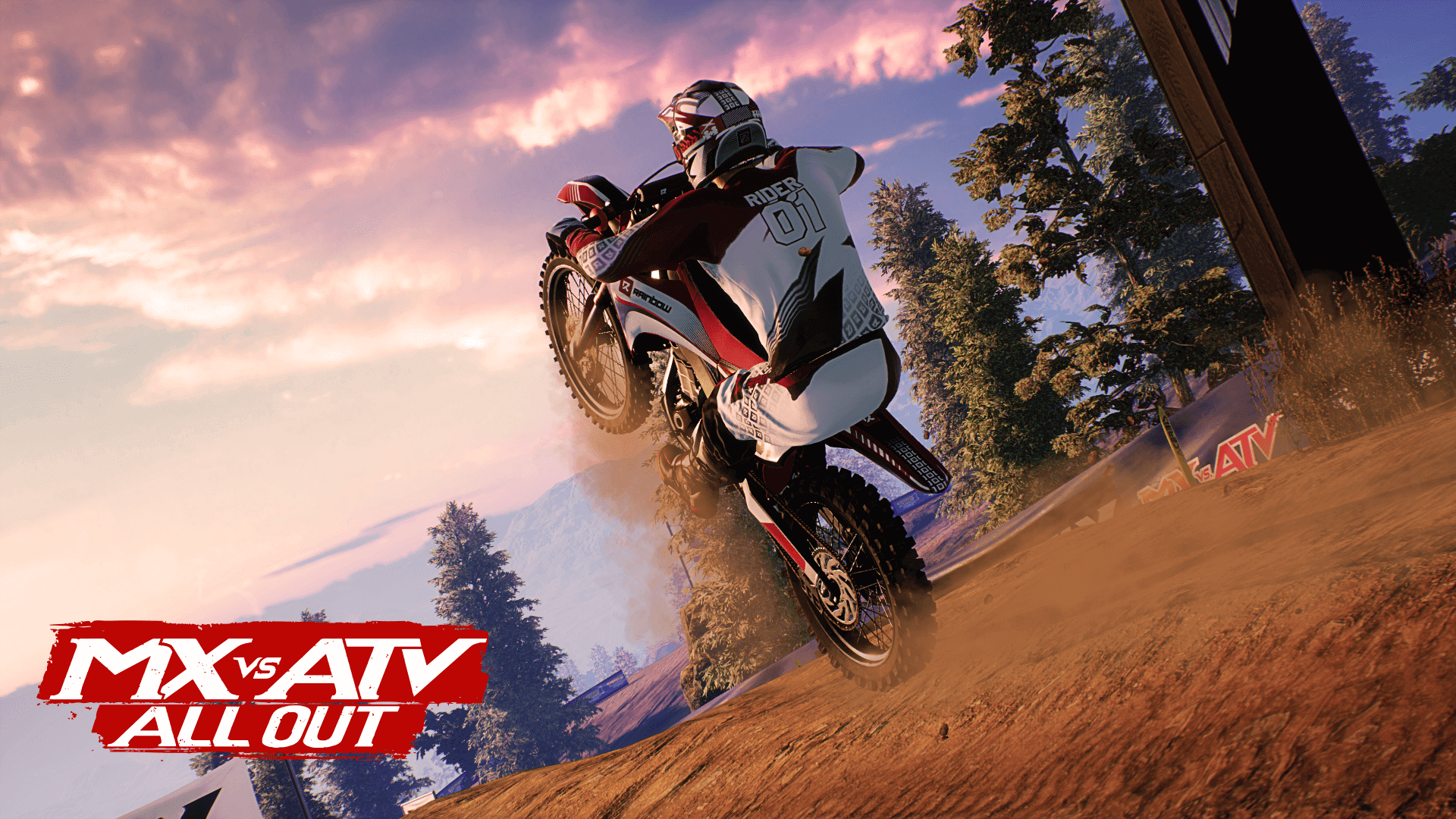 The MX vs. ATV gaming franchise has the most comprehensive collection of motocross and dirtbike racing video games, hands down. They are the games that pioneered the increasingly accurate rider/bike physics aspect of digital video gaming. All Out is their most current release, but each of their previous games were incredibly fun to play too.

More details about the whole MX vs. ATV franchise and how to purchase the games here. 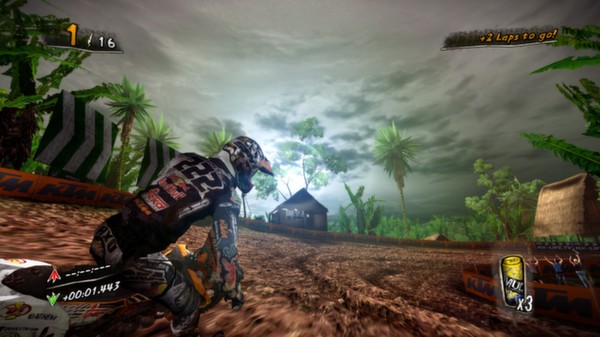 This is the only video game that exclusively features the MX1 and MX2 championships. It is comprehensive with all the teams, all the world-wide-known riders, and the Monster Energy FIM Motocross of Nations with impressive graphics, to boot.

Check out more information and how to purchase this video game here. 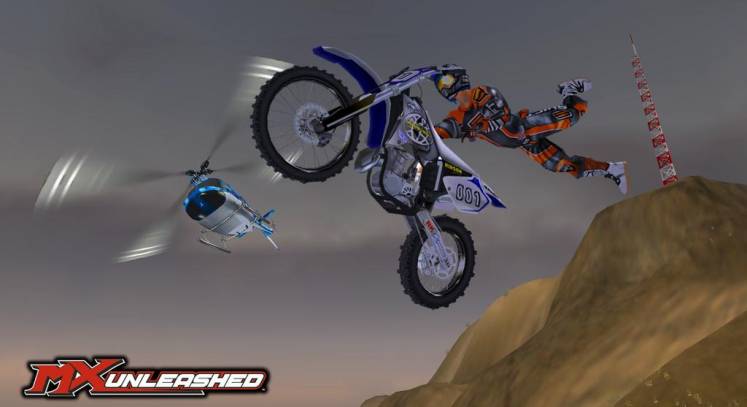 MX Unleashed was the prequel to the MX vs. ATV franchise, and the game mostly revolved around racing with a career mode to continually improve and advance in, but you could also test your freestyle motocross skills. The FMX game mode was full of competitions to see how many different and difficult tricks you could land, all while racing against the clock.

More info on this game and all the other MX vs. ATV games here. 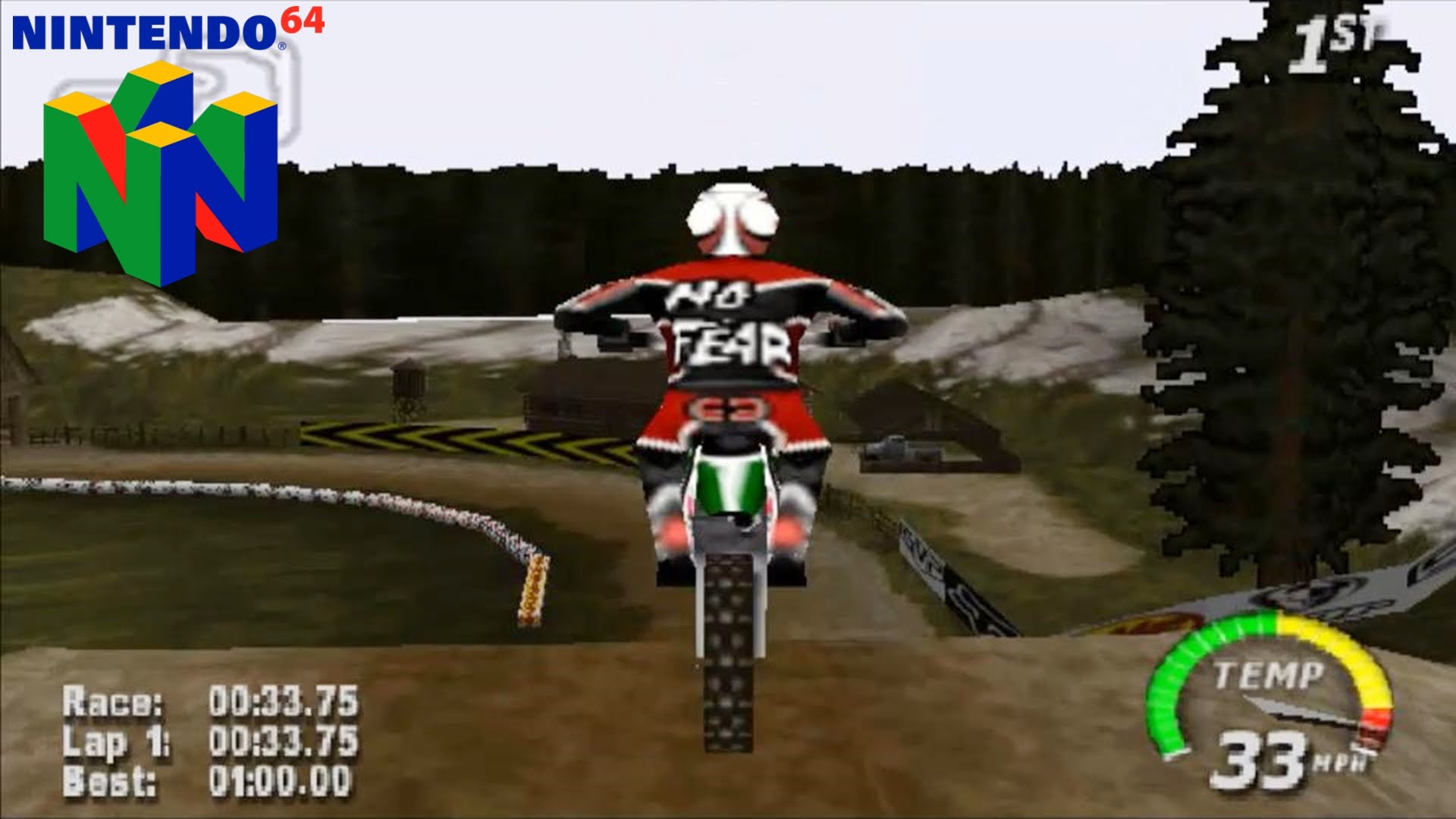 Excitebike 64 was the next generation of Excitebike, which was originally released in 1984, but this version was designed for Nintendo 64. Excitebike 64 was still pretty rudimentary, but light years ahead of the original. This version was three-dimensional and even featured graphics including many well-known name brands like Alpinestars and No Fear. You could race, improve your skills and unlock new tracks and maps in the process.

Find out how you can scoop up this gem at GameStop.com. 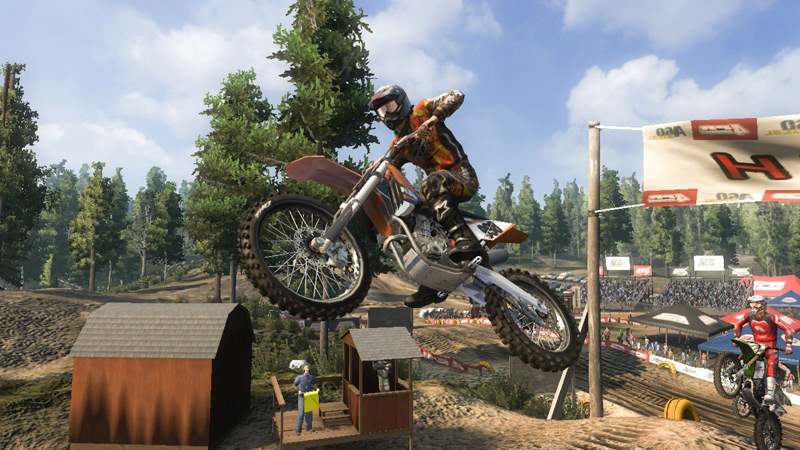 More info on this game and all the other MX vs. ATV games here.

Here’s a throwback for some of the older readers out there. Excite Bike was one of the earliest dirtbike/motocross racing games, originally released in 1984. Players raced against time and had options to race solo or against the computer.

As old and outdated as this game might look, it’s still fun to play and it’s available here. 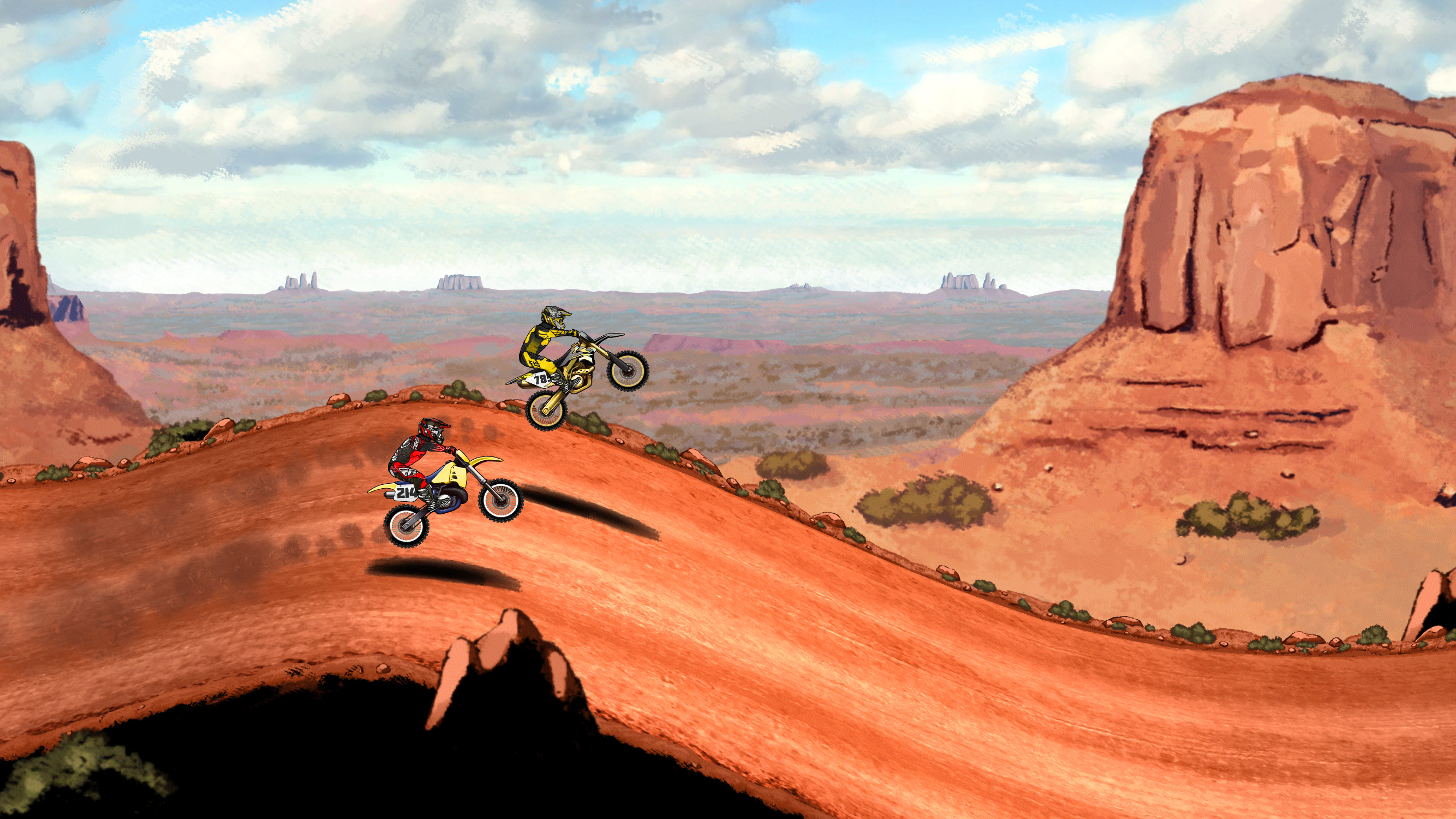 Mad Skills was a side-scrolling dirtbike video game that allowed players to race on 52 different tracks, and set the stage for all games that would eventually follow.

Get your Mad Skills game by following this link here.