Red Bull has released a video that recaps the 2017 Red Bull Hard Enduro season, recalling such events as the Red Bull Hare Scramble in Erzberg, Austria, and the Red Bull Romaniacs, among others. 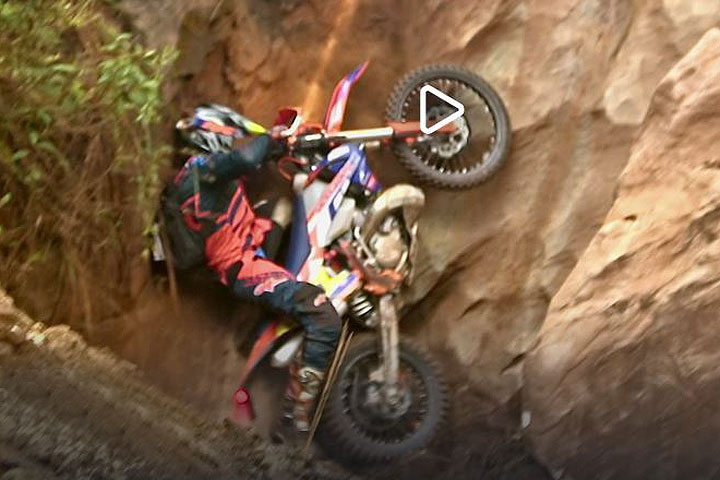 Sibiu, Romania, provided the backdrop for the hellishly gruelling Red Bull Romaniacs, an event that got the better of many of the sport’s top stars, such as Gomez, Wade Young and Jonny Walker, who all suffered injuries and had to exit the race early. Jarvis, meanwhile, had no trouble and cruised to his fifth career Red Bull Romaniacs win.

Red Bull 111 Megawatt in Poland was next, and it delivered a thrilling finish as Walker barely held off Red Bull Romaniacs runner-up Mario Roman to claim a third Red Bull 111 Megawatt title. Roman very nearly caught Walker right at the end of the race, only to come up short. Jarvis was third.

Jarvis then came back to win the Red Bull Sea To Sky hard enduro in Turkey in memorable fashion, passing Young on the final climb after crashing earlier in the race and braking a clutch lever.

The Red Bull Roof of Africa hard enduro in Lesotho, South Africa, closed out the 2017 Red Bull Hard Enduro season, and local riders Wade Young and Travis Teasdale battled for the win. Teasdale would crash, giving young the breathing room he needed to claim his third Roof of Africa title.

With these events and more returning as part of the an even more interesting year for the world’s top hard enduro stars.