Gas Gas has not let off the throttle since its purchase by Spanish electric vehicle maker Torrot, and the Gas Gas TXTe EGD is proof of that.

Infused with new capital, the company has labored feverishly to update its line of off-road and trials motorcycles, such as the 2018 Gas Gas EC 300 and XC 300 two-strokes, with great results. But the TXTe EGD might represent the pinnacle of the company’s current effort to innovate, and it’s already a champion.

Piloted by multi-time FIM World Trials Champion Marc Colomer, the TXTe EGD recently won the inaugural TrialE Cup for electric-powered trials bikes. Although still a concept machine, the TXTe EGD’s success so early in its development has Gas Gas seriously looking at producing the model for sale on the future. 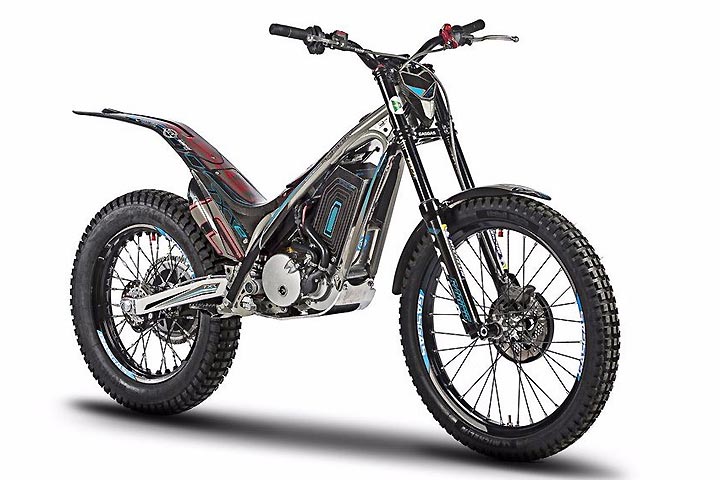 Born out of Gas Gas’ adoption by Torrot, competition bikes, the TXTe EGD was first unveiled at the 2016 EICMA motorcycle show in Milan Italy. The machine is propelled by a liquid-cooled electric motor that is claimed to produce 18 kilowatts of power and 20 Newton-meters of torque. But the real secret to the TXTe EGD’s performance, according to Gas Gas, lies in its speed controller, allows for a level of control not possible even with electronically fuel-injected internal combustion engines. Juice is supplied by a Lithium-ion battery rated at 1500 Watt-hours. Gas Gas claims that when fully charged, the TXTe EGD can run for approximately 90 minutes. Unlike most electric motorcycles currently on the market, the TXTe EGD features a full six-speed transmission and hydraulic clutch, same as the company’s petrol burners.

The motor and transmission are housed in a chrome-moly tubular steel chassis with a 51.9-inch wheelbase. Out back, an aluminum swingarm that features Gas Gas’ rising-rate linkage rear suspension is controlled by a Reiger shock absorber that offers adjustable spring preload and rebound damping. Rear suspension travel is 6.8 inches. Up front, a fully adjustable 39mm fork delivers 7 inches of suspension travel. The TXTe EGD is claimed to weigh a mere 145.2 lbs. 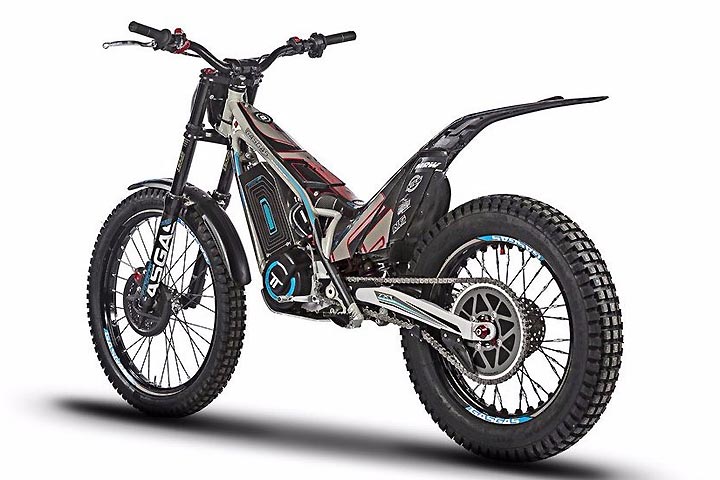 Guided along in its development by none other than Colomer, the Gas Gas TXTe EGD has already proven itself to be a winner in his hands. Time will tell if a production version of the innovative machine will ever fall into ours.