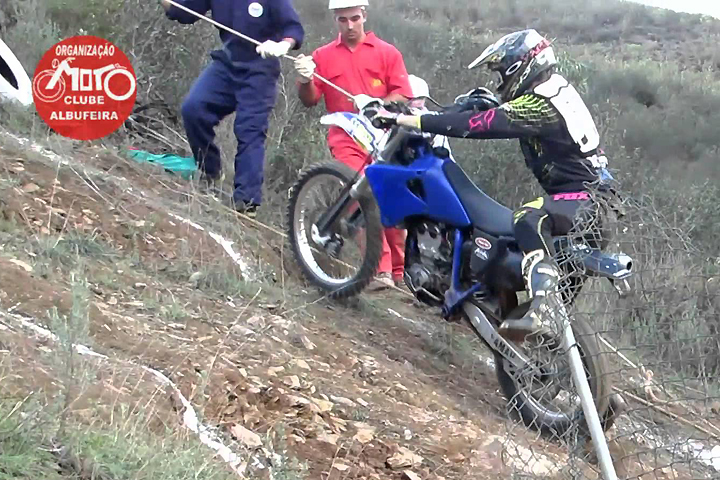 Every November, in the southern Portugal town of Silves, the Moto Clube Albufeira puts on its Subida Impossivel, which translates to “the Impossible Ascent.”

The Subida Impossivel is a lot different than the type of hill used in AMA National Hillclimb events, which use highly specialized, nitro-burning machines with massively stretched swingarms and chains on their tires to effectively sprint up shorter hills, with the winner determined by whoever makes it to the top in shortest amount of time.

The Subida Impossivel is more like the old-school (and exceedingly rare) Western-style hillclimbs where the object of the course layout is to prevent the riders from ever making it to the top. Watch the video and you’ll also note that the motorcycles being used to attack the hill are in basically stock trim, with no freakish wheelbase alterations or traction-enhancing tire modifications.

Nope. The Subida Impossivel is a good old-fashioned hill climb like the ones you and your buddies have probably attempted at one time or another while out riding together. At least we have, and that’s what makes these videos so much fun to watch.

The 2016 Subida Impossivel is scheduled for November 12 and 13. The club hosts an endurocross on the 12th with the hill climb taking place on the 13th. Check out the Moto Clube de Albufeira’s Facebook page for more info.