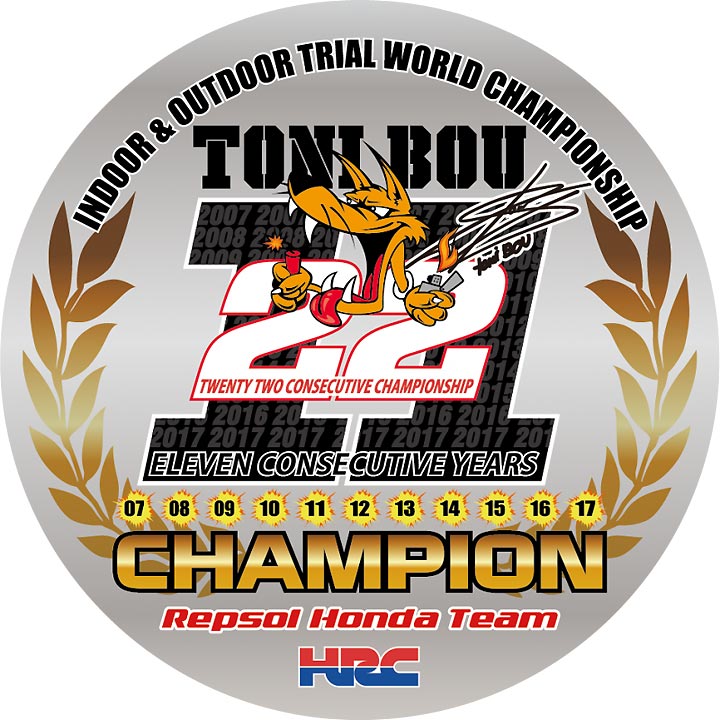 Bou continues to write trial and motorcycle history. This marks a 22nd consecutive career title, in both indoor and outdoor disciplines, adding to a winning streak that began way back in 2007, when Bou first joined the Repsol Honda Team. No other rider has ever achieved a greater number of top-flight individual titles.

Bou dominated the TrialGP of Spain, Japan (double-date event), France, Great Britain and the United States (double) before arriving at the penultimate event in the Czech Republic, where in spite of not winning on the day, he accumulated enough points to clinch the championship title by finishing in second place.